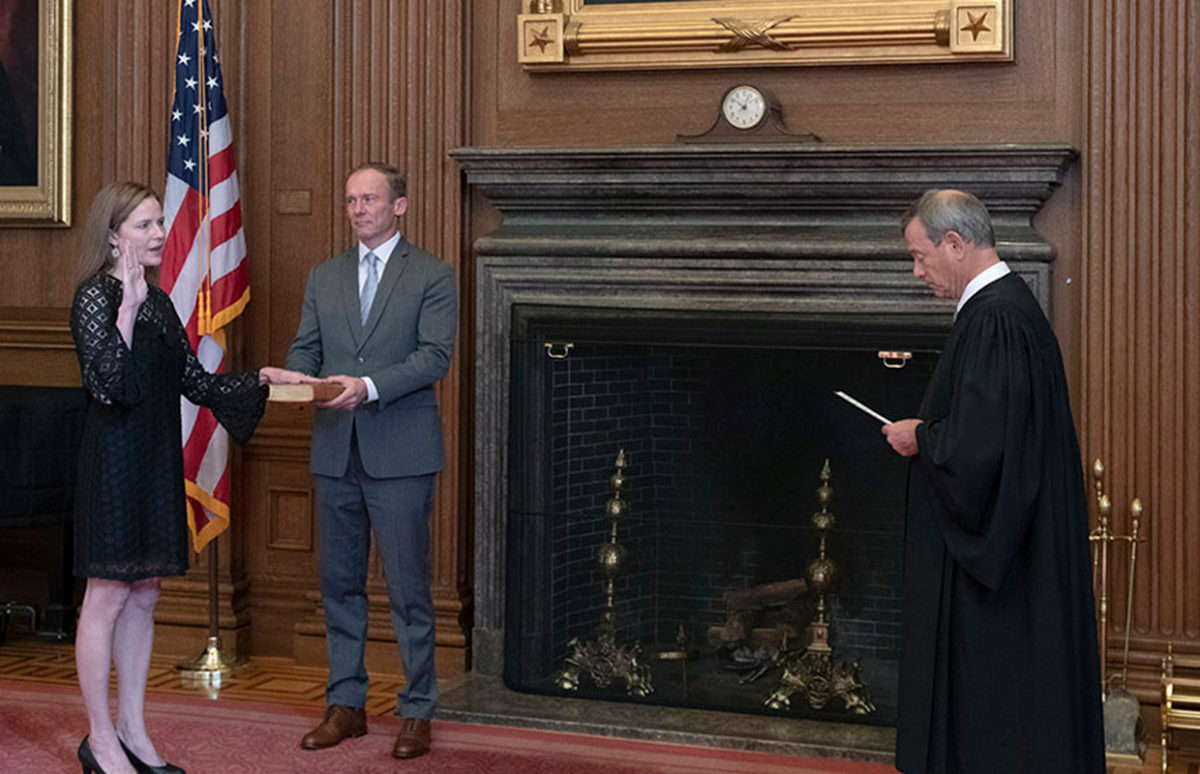 Judge Amy Coney Barrett was confirmed as the Supreme Court replacement for Ruth Bader Ginsburg on 27 October, barely a week before the presidential election. After Justice Ginsburg’s death on 18 September, the nomination of a new Justice became a political battle. Justice Ginsburg was one of the four Democratic-nominated Justices out of the nine … END_OF_DOCUMENT_TOKEN_TO_BE_REPLACED