Queen Elizabeth II has awarded a George Cross medal to the National Health Service. It is one of the highest honours that can be awarded to British civilians, for “acts of the greatest heroism or of the most conspicuous courage in circumstances of extreme danger.” On 5 July, the 73rd anniversary of the creation of … END_OF_DOCUMENT_TOKEN_TO_BE_REPLACED

Captain Sir Tom Moore, the WWII veteran who raised British spirits during lockdown 1 with his sponsored walk to raise funds for the NHS before his 100th birthday, died in hospital on 2 February. “Captain Tom”, as he soon became known, became the positive role model people really needed during the pandemic. He had originally … END_OF_DOCUMENT_TOKEN_TO_BE_REPLACED 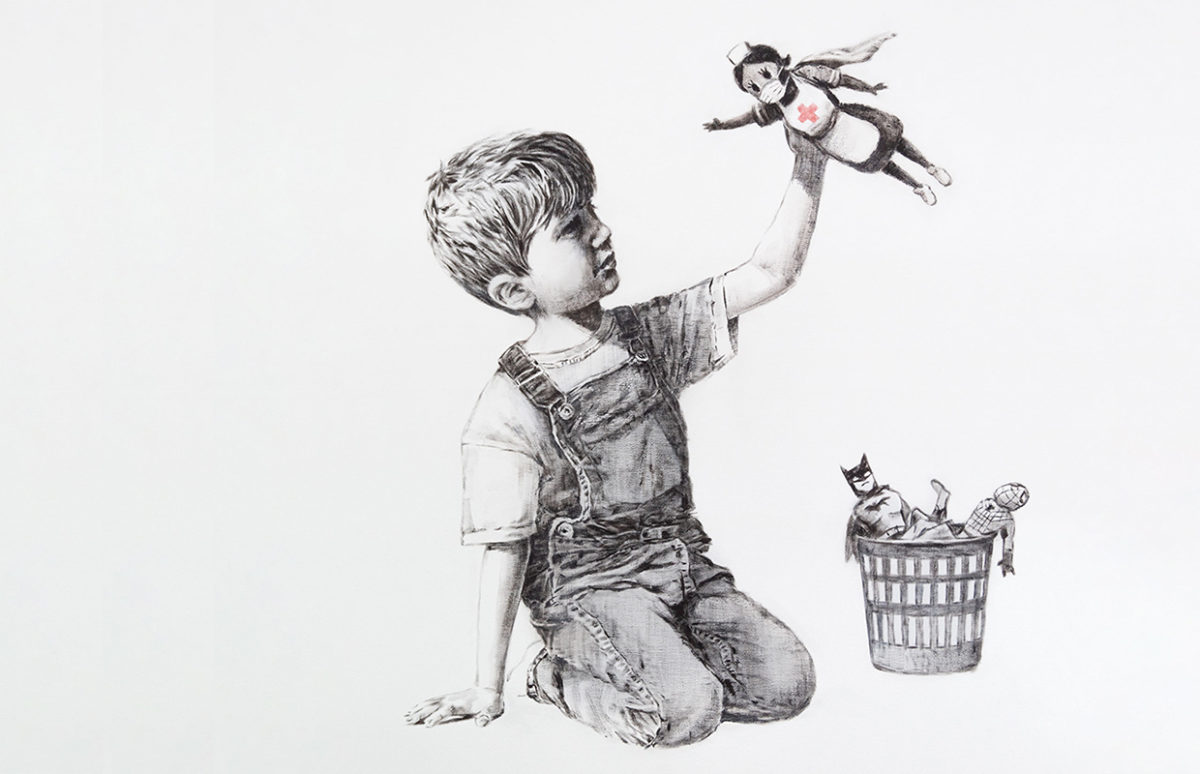 The new Bansky artwork portrays a nurse as superhero. The painting shows a young boy choosing a nurse as the superhero he wants to play with over Batman and Spiderman. The painting was unveiled at University Hospital Southampton, in southern England. An image of the work was also posted on Banksy’s Instagram page with the … END_OF_DOCUMENT_TOKEN_TO_BE_REPLACED

Traditionally, as they approach 100 years old, most British people’s main ambition is to receive a telegram from the Queen on their birthday. Captain Tom Moore decided to walk using a walking frame to raise money for National Health Service charities during the Covid-19 pandemic. But he had no idea the success his campaign would … END_OF_DOCUMENT_TOKEN_TO_BE_REPLACED

An artist in Yorkshire, England, has been painting murals to pay tribute to National Health Service workers and other helping and supporting them during the Covid-19 pandemic. Rachel List was asked by a Pontefract pub to paint a mural in support of the NHS. It was so successful, she’s been asked by others to make … END_OF_DOCUMENT_TOKEN_TO_BE_REPLACED