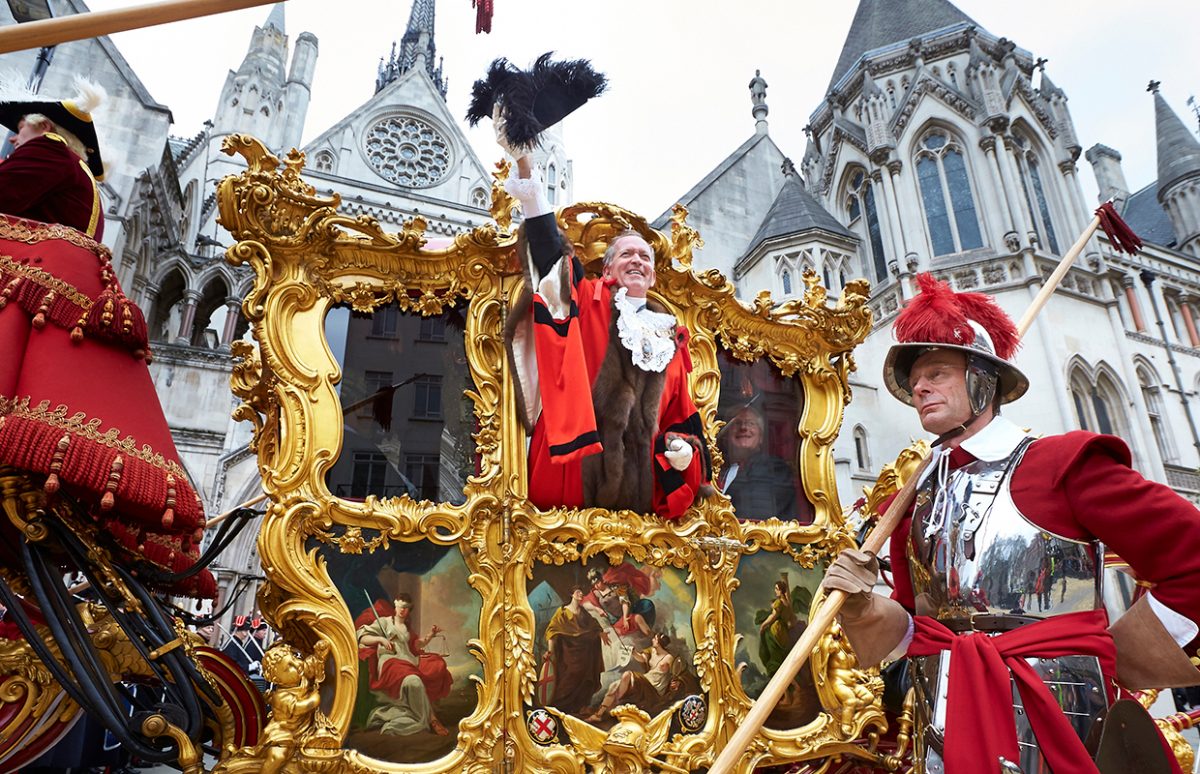 Each year, since 1215, a new Lord Mayor has been appointed in London and the city likes to welcome him or her with an all-day-long event.

The Lord Mayor's show, which is the world's oldest event of its kind, is staged every year, usually the early part of November, on the Saturday before Remembrance Sunday.
This year, it will be celebrated on 12 November.

The public parade for the inauguration reflects the fact that this was one of the most important offices in England. The position of Lord Mayor is completely distinct from the position of the Mayor of London* (a role which has existed in its present form only since 2000), namely the elected political leader of Greater London.

The Lord Mayor's role is limited to the City of London — the original Roman London, which is just a square mile (2.5 km2) in area but contains much of the capital's financial district and cultural icons. The Lord Mayor is chosen each year by the City businesses (the descendants of the mediæval trade guilds), to represent the commercial interests of the City of London and it is far from a ceremonial post. The Lord Mayor acts as a City spokesman, leading overseas delegations, and has a role to promote the City in the business world.

The new Lord Mayor is Dr Andrew Parmley. He was elected to take over from Jeffrey Mountevans and will serve a one-year term. He will have key role to play in the post-Brexit landscape.

The Show Must Go On

From the Procession to the Fireworks, the Lord Mayor’s Show is a such big moment for the city that even the Second World War didn’t disrupt this event!

It features in the plays of Shakespeare, the diaries of Pepys and the adventures of James Bond and of course in the pantomime story of Dick Whittington. In the 20th century the Lord Mayor’s Show was the first outdoor event ever to be broadcast live and it still attracts a TV audience of millions.

The historical event sees the Lord Mayor of London proceed from the Guildhall to to Royal Courts of Justice, where he swears allegiance to the crown.

The new Lord Mayor of London arrives in an elegant coach. (On show at the Museum of London when it's not in use.)

The Lord Mayor's Show is centred on a street parade, which in its modern form is a combination of traditional British pageantry and elements of carnival.

After the procession, a fantastic fireworks display lights up the sky over the river Thames.

In the past, London, like other cities, was subject to the authority of the Crown through its Sheriff — the Shire Reeve. But in the 12th century, its merchants established a mediæval commune to protect themselves against pillaging barons and a tax-hungry King.

At the same time the office of Mayor was created, with Henry Fitz-Ailwin taking office in 1189. In 1191, the commune was officially recognised by Prince John, while his brother Richard the Lionheart was away at the Crusades.

In 1199 John, now King, granted the citizens of London the right to elect their own Sheriffs. It was a significant right as the Sheriff was the King's representative.

Meanwhile, King John was in trouble. He was running out of money and losing control of his Barons. Discontent was turning into open revolt and the King was very short of allies.

To keep the City on his side, King John gave to the London’s citizens the right to elect a Mayor annually in a charter of 1215.

But there was an important condition. Every year the newly elected Mayor must leave the safety of the City, travel down the river to the small town of Westminster and swear loyalty to the Crown.

The Lord Mayor has now made that journey for 801 years, despite fires and wars and pledged his loyalty to 34 kings and queens of England.

On May 2016, Sadiq Khan was elected as Mayor of London, replacing Boris Johnson.