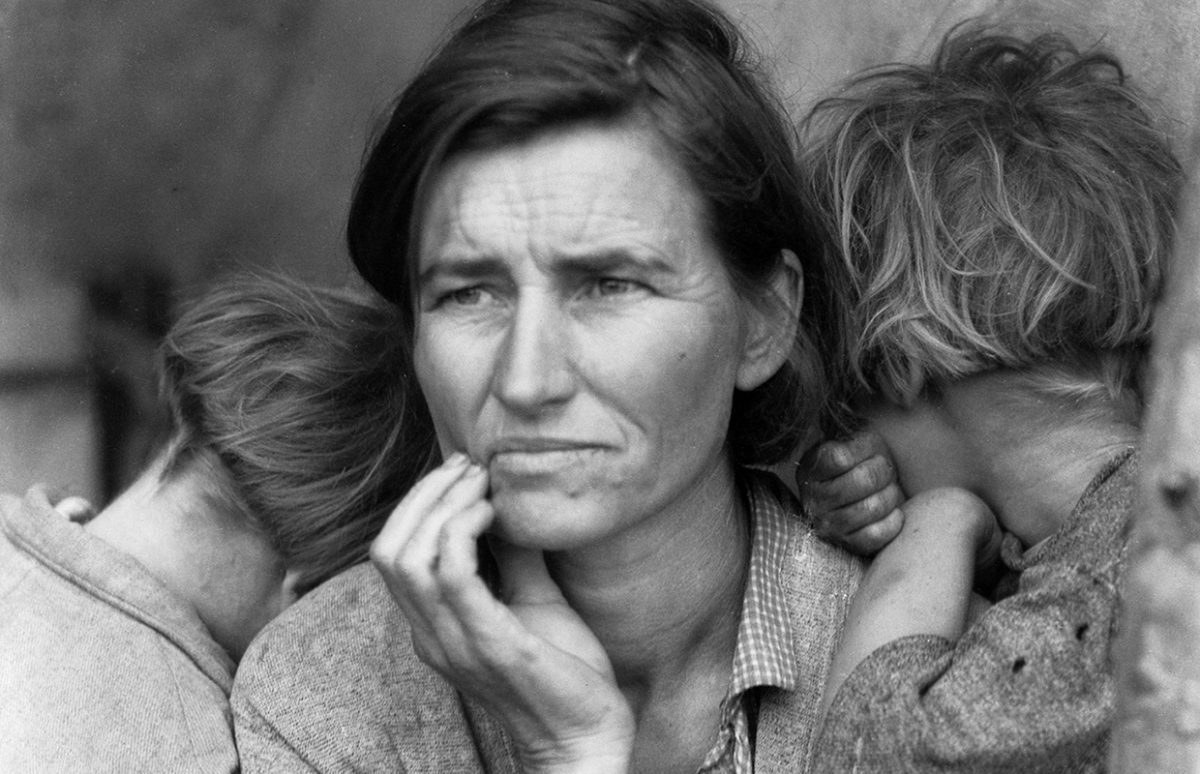 The Jeu de Paume museum in Paris is hosting an exhibition of Depression-era photographer Dorothea Lange's work from 16 October to 27 January.  It's a wonderful subject for class work, and has inspired our Ready to Use Resource and a competition for pupils.

Dorothea Lange (1895-1965) documented some of the most traumatic aspects of U.S. history in the twentieth century. She sought out those who were struggling in American society and told their story through images.

Several factors influenced her social activism. When the Great Depression began to bite in early 1930s, Lange was a portrait photographer in San Francisco, with a successful studio. When the hungry and homeless started appearing on the street, she was drawn to photograph them, and this brought her into contact with Paul Schuster Taylor, an economics professor at Berkeley who was trying to raise awareness of the plight of agricultural workers. He started to use her photos to illustrate her articles and a lifelong partnership was born. Lange and Taylor married and both worked for the government New Deal agencies documenting the government's efforts to counter the depression and provide people with work.

It is Lange's photos of the Depression and agricultural migrants from the drought-ridden "Dustbowl" states that are the most familiar. The exhibition also explores other subjects she covered, such as women and African-Americans involved in war work in WWII, and the mass internment of Japanese-Americans during that war. It is a rich resource to work on American history, politics and/or economics, as well as links with literature, for example John Steinbeck's The Grapes of Wrath.

Find out about the educational activities the museum is planning around the exhibition.

The teaching pack is now available for the exhibition.

This trailer gives a taster of the exhibition.

The same exhibition, Dorothea Lange: Politics of Seeing, was on at the Barbican in London this summer. There's an interesting photo essay about it on the Barbican site.

Follow the links below for our
Ready to Use Resource and
creative writing competition.