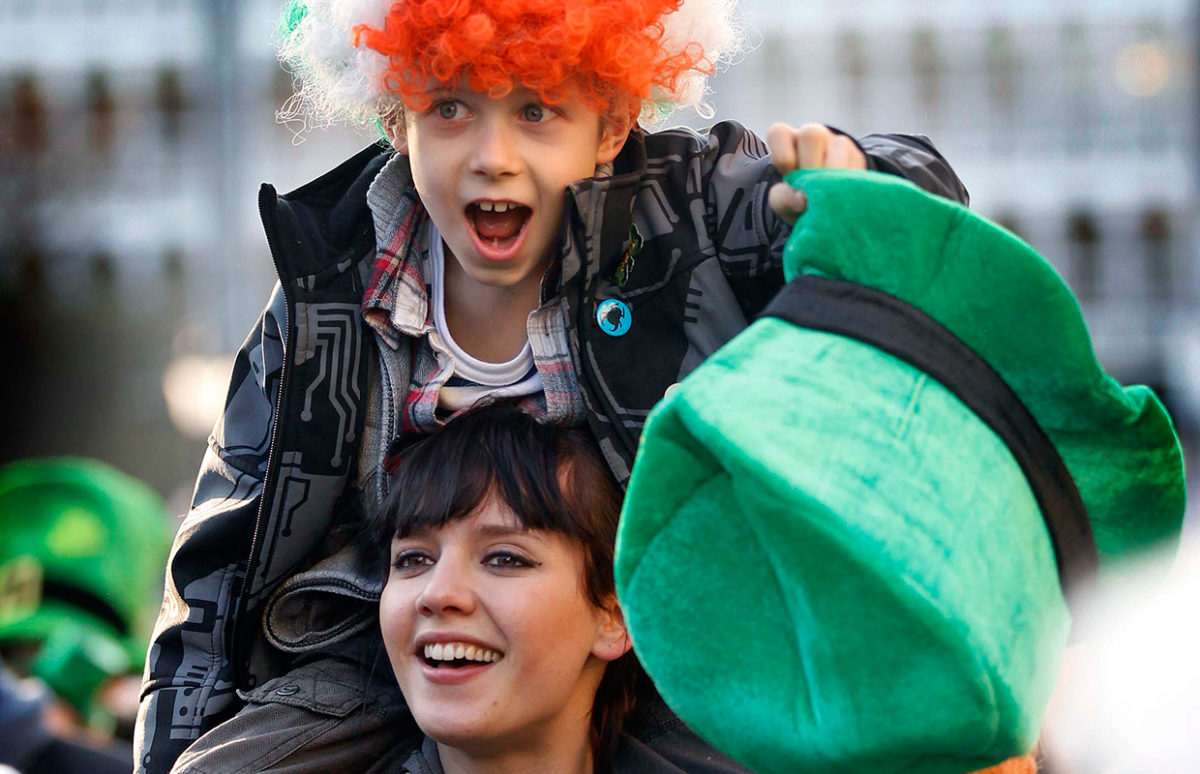 St Patrick's Day, 17 March, is the Irish national day. But there are many communities of Irish origin around the world and on St Paddy's Day, everyone is Irish!

There is a large Irish community in the U.S. and the parades in Chicago and New York are famous. The Chicago River, and the Liffey in Dublin, have been dyed green on March 17 for many years. More recently, many landmarks around the world have symbolically “gone green” for St Patrick’s Day. You can see some of them here  and in the video below.

This page from the Irish Tourist Board tells you all the basics about St Patrick and St Patrick’s Day: Why is it on 17 March? Was St Patrick Irish? Why is green associated with St Patrick's day, and Ireland, alias the Emerald Isle?

For any celebration you need food and drink. Here are some traditional Irish recipes, and a video to show you how to make brown soda bread and smoked salmon pâté. (Tip: for buttermilk, you can use lait ribot or make your own by adding 2 tablespoons of lemon juice to 500ml of milk and leaving it for a few minutes. The acidity works with the bicarbonate of soda to replace yeast in this simple bread.)

To celebrate St Patrick's Day with your class, don't miss our webpicks for some great resources!

Events in France
The Irish Cultural Centre in Paris is hosting a 10-day St Patrick's festival with lots of concerts, Irish dancing, film showings and more.

There are showings of an Irish-language film Arracht on 10 March and on 15 March The Bright Side a comedy on the unusual topic of cancer, in partnership with the Dinard Film Festival. Sunday 13th there's a free Céilí Mor in partnership with Irish in France, with Irish dancing to watch, ceili dancing to participate in and a concert by the Sligo band No Crows. On St Paddy's Day itself there's a traditional Sean Nos singing concert in the centre's beautiful chapel by Inni-K, who is also running a workshop in Sean Nos on the 16th. On Sunday 20th there's a free Family day with a comic show and a concert. The festival ends with concerts by Altan and Nava on the 19th and 20th.

You can find the programme here.

The Princess Grace Irish Library in Monaco is having an open day and kids' events on the 17th.

If you know about other St Patrick's events, please let us know so we can include them.