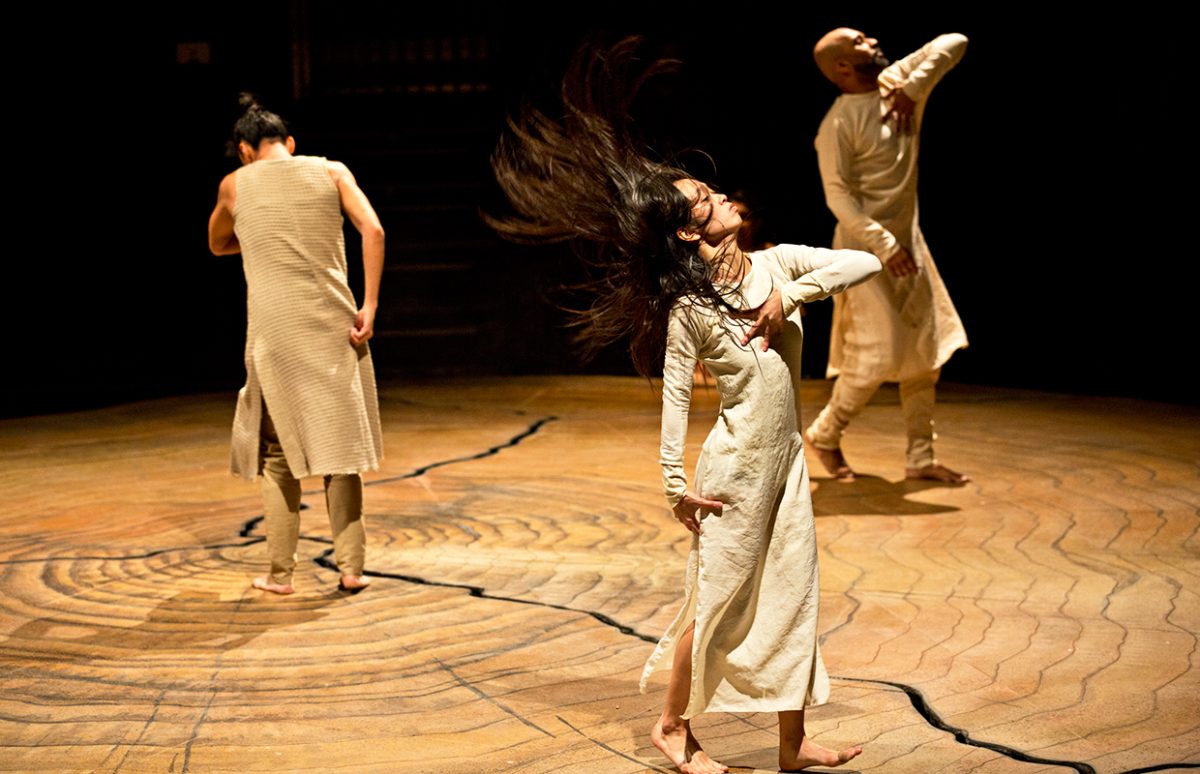 Akram Khan, a British-born Bangladeshi dancer and choreographer, brings two shows to France which fuse classical Indian dance and stories with contemporary dance. Catch Until the Lions or Chotto Desh in and around Paris, Miramas, Angers, Sète, Brest or Reims between December and May.

The 42-year-old Khan began his professional career at just 13, in Peter Brooks' mammoth production of the Indian epic The Mahabarata, which was nine hours long and toured the world for four years. The young Khan was trained in the classical Indian dance form Kathak, which means "story telling". But from the outset he was interested in other forms of dance too. He vividly describes going from being an introverted nobody at school into the most popular boy in the playground after a performing his version of Michael Jackson's "Thriller". After the long tour of The Mahabarata, he went on to train in contemporary dance.

He co-founded the Akram Khan Company in 2000. As a choreographer, Khan has worked with artists as different as actress Juliette Binoche, pop singer Kylie Minogue, artist Anish Kapoor or prima ballerina Sylvie Guillem. He also choreographed part of the London 2012 Olympic Opening Ceremony.

Until the Lions
Inspired by Karthika Naïr's poetry collection Until the Lions: Echoes from The Mahabarata, Khan decided to revisit the Hindu epic, but to focus on the female characters who are never centre-stage in the original. The title is taken from an African proverb, "Until the lions have their own historians, the history of the hunt will always glorify the hunter." Or, history is always told by the victors.

The show tells the story of Amba, a princess who is abducted on the day she was to choose a husband. Bheeshma, the prince who abducted her, has taken a vow of celibacy, so won't marry her. But she has lost her honour in the eyes of her own people, and is considered unmarriagable. She vows revenge and undertakes years of penance before she has a vision telling her she will destroy Bheeshma in her next life. She kills herself and returns as an ambivalent female/male character, Shikhandi, who will kill Bheeshma in battle.

Akram Khan plays Bheeshma, Ching-Ying Chien plays Amba and Christine Joy Ritter plays Shikhandi. In an interesting coincidence, the voiceover is by Kathryn Turner, who is playing in Peter Brooks' The Valley of Astonishment in Paris at the same time as Until the Lions' Paris run.

This is definitely not Bollywood. The colours are sober and the emotions powerful. The music is an integral part of the show, which is played in the round, on a cleverly engineered stage which resembles a cut section of a tree trunk. The musicians are in full view, around the stage and using it for percussion. The whole effect is mesmerising.

Chotto Desh
Chotto Desh means "little homeland" (Bangladesh is "the homeland of the Bengali people"). It is a child-friendly reworking of Desh, a Akram Khan 80-minute solo piece drawing on his own experiences and ancestry, weaving together Bangladeshi and British myths.

Find all the dates for both shows around France below.
You can find more information about reservations on the Akram Khan Company site.

What's On See the related news
> Peter Brook: The Valley of Astonishment