Skip to content
What's On > Rogue One: A Star Wars Story 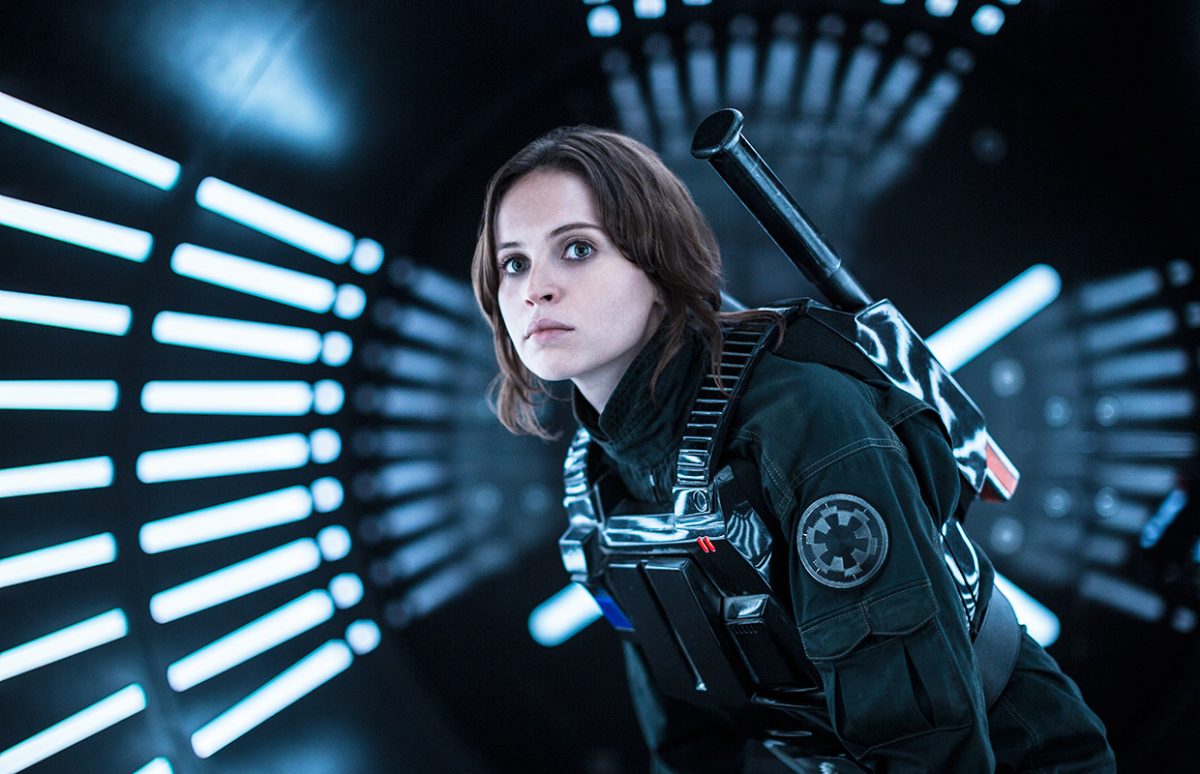 New story, new characters — Rogue One is not Star Wars Episode VIII but a stand-alone film exploring one of the mysteries of the saga: How did the Rebel Alliance get the Death Star plans?

In the first Star Wars film — A New Hope (the first episode of the original 1977 trilogy), we can read in the opening crawl: “During the battle, Rebel spies managed to steal secret plans to the Empire's ultimate weapon, the DEATH STAR, an armored space station with enough power to destroy an entire planet.”

For decades, all over the world, Star Wars fans had this question in mind: who stole the plans? When the Alliance to Restore the Republic learned of the existence of the Death Star, resistance fighters were sent on a mission to steal the Death Star plans.

The Rebellion against the Empire knew this was essential for its survival.

This is the story of Rogue One. The Death Star couldn’t have been destroyed by Luke Skywalker without the action of this rebel unit.

Rogue One is not a prequel, a sequel or something else. It is an independent movie from the Star Wars galaxy.

Directed by Gareth Edwards (Monsters, Godzilla), Rogue One explores the characters and events beyond the main Star Wars saga.

This film is completely unique in the fact that this is not attached to any specific main characters from the original trilogy like Han Solo, Bobba Fett or Ben Kenobi. The Genesis of an Idea
The idea of Rogue One came from John Knoll, who is a chief creative officer at Industrial Light & Magic, the company founded in 1975 by Star Wars creator George Lucas.

Knoll won an Academy Award for Pirates of the Caribbean: Dead Man's Chest, and has been nominated five times for his work on visual effects. He is co-creator of the digital program Adobe Photoshop.

But he also worked on Star Wars episodes I, II and III. During the filming of the Episode III - Revenge of the Sith, he proposed the idea of a Star Wars TV show to Georges Lucas. Knoll had, over the years, daydreamed his own fan fiction. It would be set during the timespan between the films Star Wars: Episode III Revenge of the Sith and Star Wars: Episode IV A New Hope. "I just have this very simple idea,” said Knoll, "about the rebel spies in the opening crawl of A New Hope who steal the plans for the Death Star." Knoll wondered, who were these spies? We don’t hear anything more about them. But the series was put on hold due to budget constraints.

Everything changed in 2012 when Disney bought Lucasfilm. As Marvel did with their super heroes universe, Disney wanted to create a Star Wars anthology series based on unexplored Star Wars mysteries. John Knoll proposed his idea to the company, the Rogue One project was launched. Rogue One is a fan film made by fans for fans.

For those who remember it, Rogue One is the name of Trudy’s warship in Avatar. The visual effects supervisor was John Knoll of course! British actress Felicity Jones, who garnered an Academy Award nomination for her performance in The Theory of Everything is playing Jyn Erso, the hero of the story who leads the group on a mission to acquire the Death Star plans. She has a troubled past. Not everything in Rogue One will be different, though. As it was recently confirmed, Darth Vader is indeed going to appear in the movie, a significant development because he’s a fan favourite (and great for merchandising!).

Winston Churchill in Rogue One!
It’s considered an honour to be immortalized on a painting, in the pages of a biography, or even on film. Winston Churchill, former prime minister of the UK can be proud, he has been turned into a Star Wars squid alien, a black-hued Mon Calamari named Admiral Raddus!

“We always tried to find a real world example of who these creatures may be, and in this case we used Churchill,” said Neal Scanlan, creature effects supervisor. “Admiral Raddus is a very strong figure. We would use [Churchill] not only as visual reference for his physical features, but also when it came to performing him and expressing him through the actor.”

Rogue One
On general Release 14 December