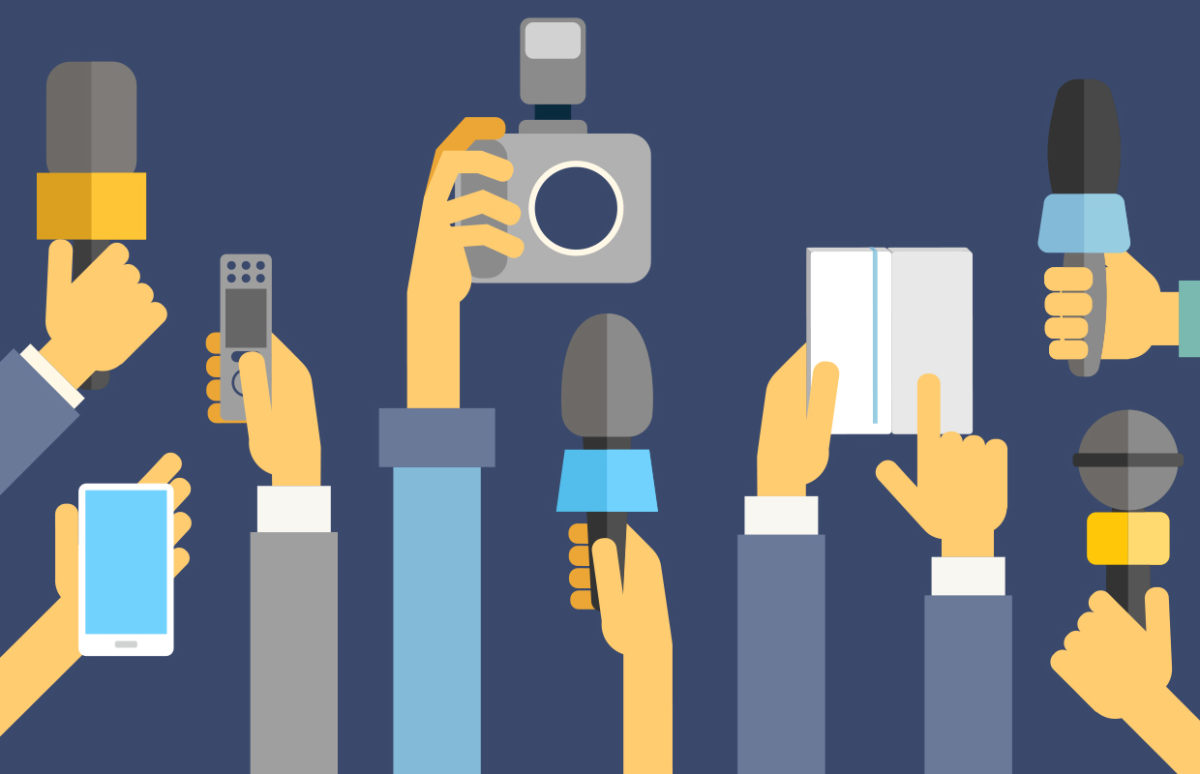 Our favourite entries in our recent journalism competition took too different approaches to reporting the news. Thank you for your excellent work!

Sophie Coquelin's 5ème class at Collège Louise Michel in Saint-Etienne-du-Rouvray (76) carried out a survey of media use in their class, like the one we reported on in our Ready to Use Resource. And they were careful to include all the elements an article needs: a headline; an introductory paragraph; the date; the journalists' names.

What was amazing reading their reports was how varied they were, considering they were working from the same source material. We can't reproduce them all here, but here are three to show the variety:

By Ali and Abou

A news survey in the class
Thursday, April 19th

With our English teacher we worked on a news survey in our class. The teens of our class :
All use the social media like Facebook, Instagram, Snapchat,…
Most students watch the news on TV like BFMTV, France2, France3, TF1,…
Many students don’t use the newspapers.
The students of the class watch the news on TV because they believe in TV. A few teens watch cultural topics like music, cinema,… on the internet and few students are interested in local news, national news, world news and daily life.
Hanna and Cynthia

A Theatre Review
Anna Giakoumakatos’ CL2 class in Athens, Greece decided to write a review of a production of Hamlet. They used enthusiastic language to encourage readers to see the play, and addressed the readers directly. They also added a section giving readers the basic story of the play, without giving away the end!

As our school’s magazine addresses young people, we want to ask you a question. Can you recall the last time you watched a new version of Shakespeare’s plays? So, don’t miss the stunning performance in the powerful new play of Hamlet which is on Royal Shakespeare theatre on 22 March – 13 August 2016. It is directed by Simon Godwin. The only thing you have to do is to get your tickets for this great performance. This new version of Hamlet connects contemporary writers and audience to the spirit of Shakespeare, so as to keep the play updated, just as Shakespeare’s plays were in his own era.

A FEW WORDS…
Now a few words about the plot. Hamlet the prince of Denmark suspects that his dead father, king of Denmark, has been murdered by his Uncle Claudius. Hamlet decided on revenge, but then he begins to think about it too much and hesitates.

Claudius has become king and has married Hamlet’s mother.

The ghost of Hamlet’s father appears to him in the castle of Elsinore and tells him about the murder.

Hamlet decided on revenge, but then he begins to think about it too much and hesitates.

Finally he has his proof but, still, he hesitates.

The play still holds our attention, and Hamlet has our sympathy but the end is certain and unavoidable. Hamlet’s tragic weakness is hesitation and inability to act when action is needed. He’s too much of a thinker. The exciting continuation…on the stage!

Dear reader don’t miss this stunning performance. We are looking forward to your reviews.