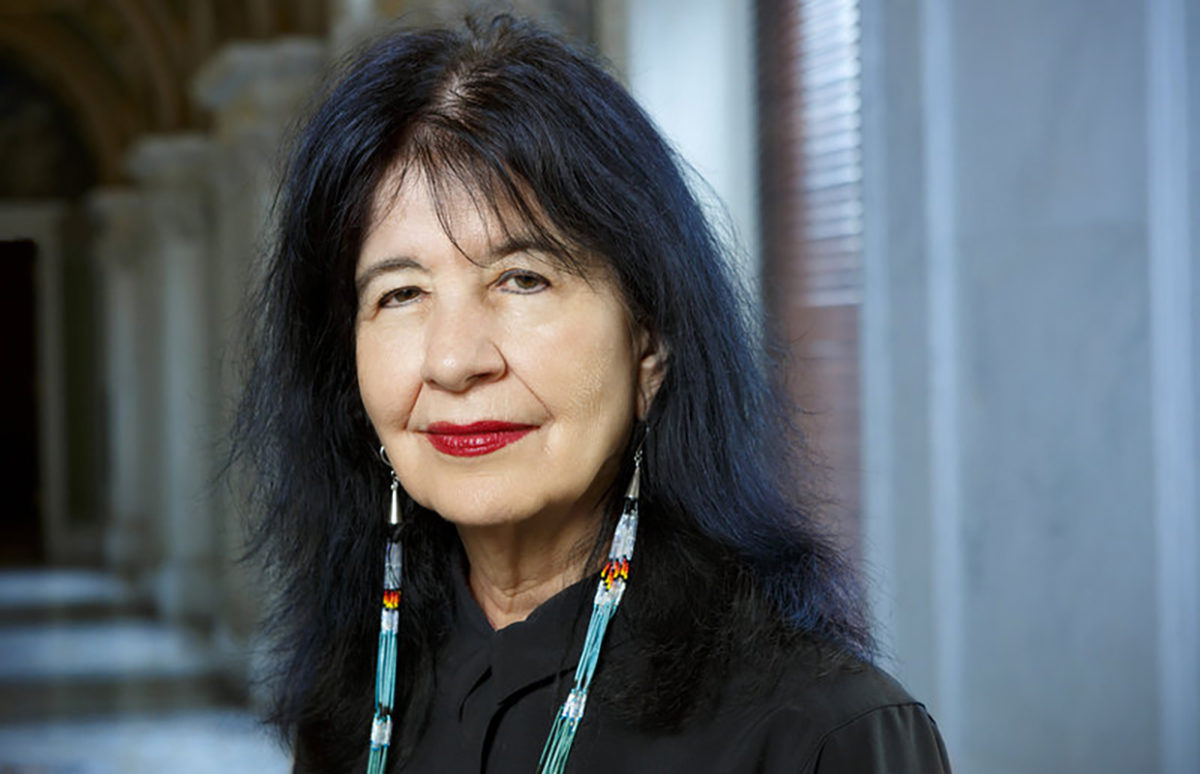 In 2019, for the first time, the U.S.A.’s poet laureate — the nation’s “official” poet — will be a Native American. Joy Harjo is a member of the Muscogee Creek Nation from Alabama. She aims to honour both the “Native” and the “American”, saying, “When you grow up as a person in your culture, you have your culture and you're in it, but you're also in this American culture, and that's another layer."

The Poet Laureate is designated by the Library of Congress. The Laureate’s role is to encourage the appreciation of poetry. Sixty-eight-year-old Harjo says she’s been doing that for decades, “Since I started writing in 1973, I've almost always been on the road with poetry, and meeting people and communities ... every state in the union, small and large communities, for years on behalf of poetry," she says. Despite all those years of writing, it is only relatively recently that she began to receive national recognition.

Harjo was born, and  lives, in Tulsa, Alabama. As well as eight collections of poetry (and a ninth, An American Sunrise, due for publication in August), she has published fiction and a memoir, Crazy Brave, about her difficult childhood, and finding her poetic voice. That voice has always been very much oral, performing poetry live, often associated with music. She is also an award-winning saxophonist and singer.

This video of Harjo perfoming one of her poems, "Remember" was made for the Academy of American Poets.

When she discovered her nomination, Hasbro said, "It's such an honoring for Native people in this country, when we've been so disappeared and disregarded. And yet we're the root cultures, over 500-something tribes and I don't know how many at first contact. But it's quite an honor ... I bear that honor on behalf of the people and my ancestors."

She intends to continue reaching out to both Native and non-Native communities, jokingly suggesting gathering "cowboys and Indians" for a poetry summit. The key, she feels is communication, "a healing of people speaking to each other, with each other." She believes profoundly in the transformative ability of language to touch other people, “The idea that you can transform the images of our people from being non-human to human beings, and the ability to transform experiences that could potentially destroy a people, a family, a person to experiences that build connection and community."

As she wrote in, "This Morning I Pray for My Enemies," from her 2015 collection Conflict Resolution for Holy Beings:

The door to the mind should only open from the heart.
An enemy who gets in, risks the danger of becoming a friend.

Ready to Use Downloadable resources ready to use in class
> They Shall Not Grow Old Film: Bringing WWI to Life