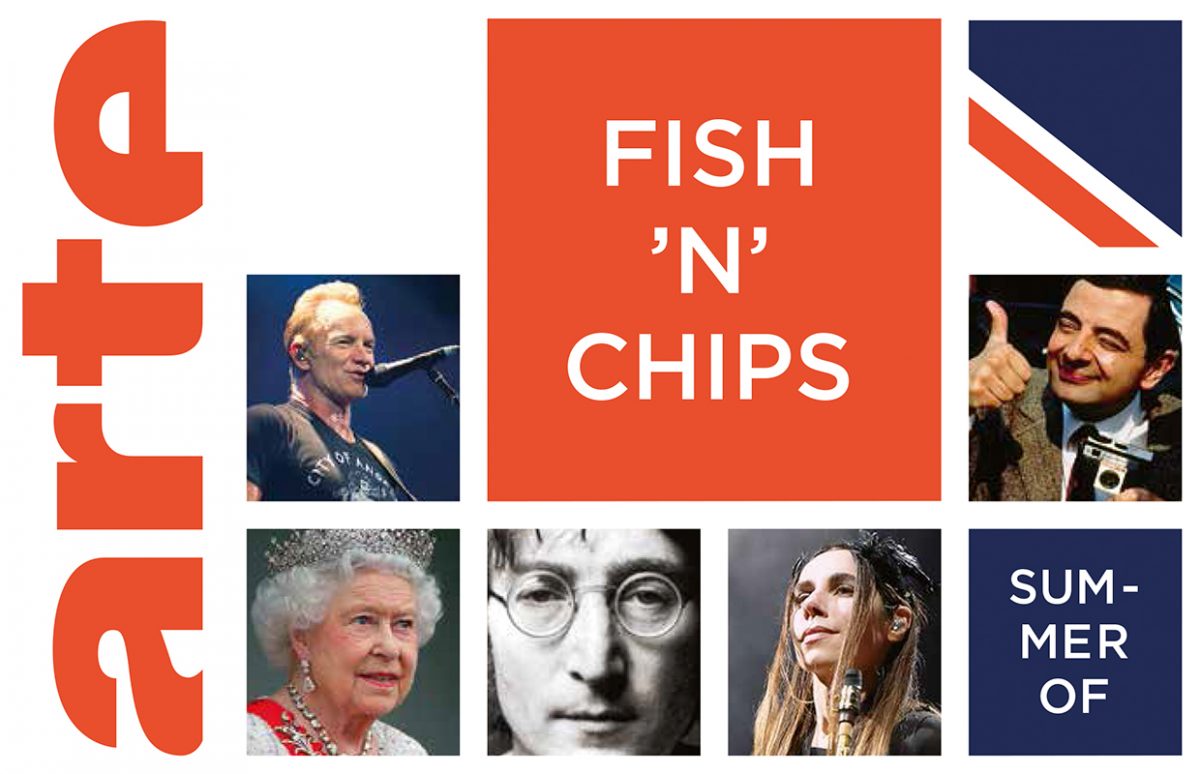 The Summer of Fish ’n’ Chips is full of great concert recordings from PJ Harvey, Blur, and Noel Gallagher.

A particular gem is United Kingdom of Pop, a two-part documentary which takes a look back on sixty years of British pop culture.

Sting is going down memory lane in an exclusive interview.

The Summer of Fish ’n’ Chips is hosted by John Lydon, better known as Johnny Rotten. As a singer with the Sex Pistols, he was a punk pioneer 40 years ago. He is still stirring things up on the international music scene with his band Public Image Ltd.

There is also a special focus on how British music has changed hearts and minds with London Beat: Music as Rebellion.

And not to be missed is Dark Glamour: the Rise and Fall of Hammer Films, which charts the history of the great British B movie, and British Style, a look at the impact of punk on UK fashion.

About ARTE and English

ARTE is a French and German public service television.

Since November 2015, ARTE is also in English with a selection of programmes available online with English subtitles, in addition to the French and German versions.

If you want to know what’s going on, download the ARTE’s “Summer of Fish ’n’ Chips” programme.

To find out more, you can visit: arte.tv/en.