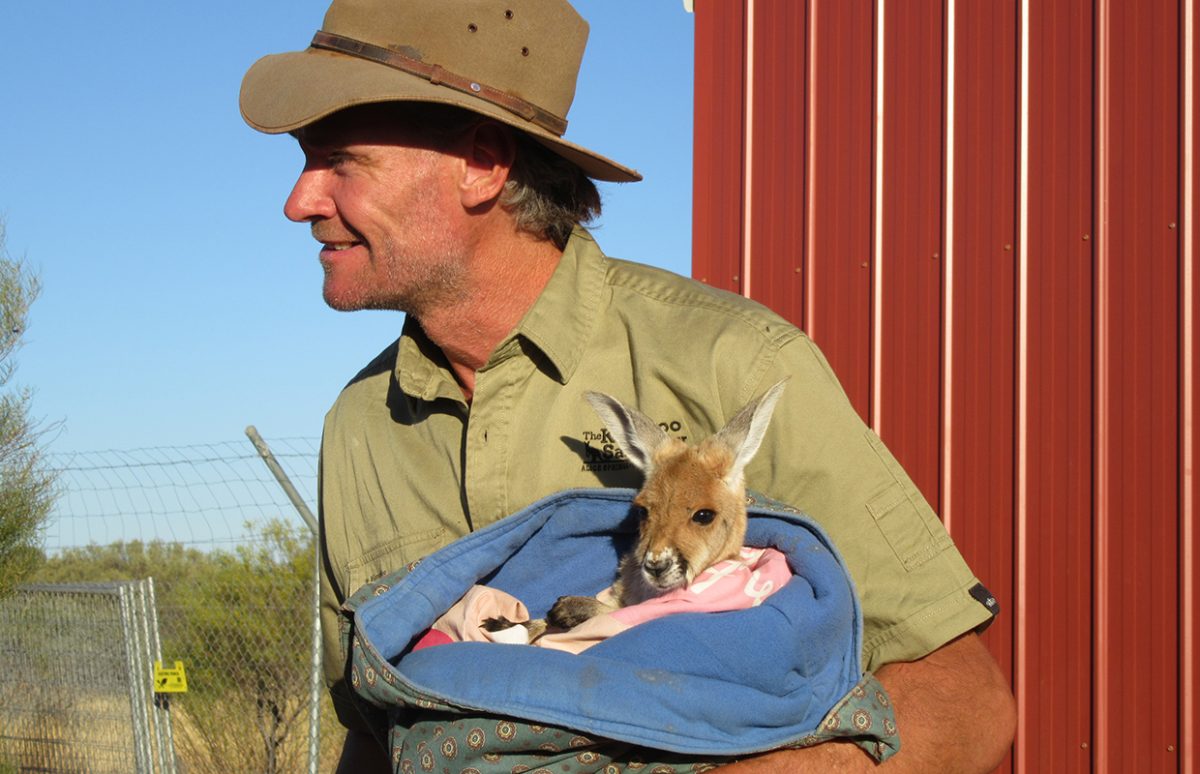 School exchanges are wonderfully enriching but can seem increasingly difficult and bureaucratic to organise. They are still possible though, as this example proves. Just in time for Australia Day, here is the tale a school exchange in the Outback: Alice Springs in Oz’s Red Centre. Sylvie Leger explains her Australian adventure.


A few years ago I was contemplating the idea of taking students across the globe for an Aussie experience, but it seemed out of reach: too far, too expensive, inconceivable… Until one day, in 2011, as I was looking for a new exchange for my school with an Anglophone country, I decided I would dare to consider Australia as an option.

Rather than going to a big city, I was looking for a town of a similar size to ours, that we could identify with. Moreover, if Australia meant kangaroos and wide spaces we might as well stay away from the coastlines and the big cities. I was looking for authenticity and something different. I took my atlas and a pen, closed my eyes and went in circles above the map until I let my pen fall down haphazardly on the glossy paper. I opened my eyes slowly and read: Alice Springs. What a lovely name! I said to myself! ”Alice” reminded me of Wonderland and “Springs” of hot water springing from the ground… I had heard the name before but looking closer I realised it was close to Uluru, the famous iconic rock I had seen many times. So, I was looking for a bigger town nearby and I would soon find out that there was none! I then googled Alice Springs. What a fantastic location! How fascinating! So much to do, so much to learn, and so much fun!

Finding a School
But my next concern was: would they learn any French there? My next step was to find a school where French would be taught. It didn’t take me long to find out about Saint Philip’s College. I looked at the photos of the students in their lovely uniforms and yes, French was taught there! Then I read the Headmaster’s welcome letter, which I found very convincing. I was getting more and more excited and that very night I spent hours reading about Alice, the sightseeing tours and the history, trying to grasp the meaning of the town. I wrote an email to the school, which was forwarded to the Head of the French department. She replied the next day and actually said she was willing to come and visit us that same year in Fontainebleau with a group of students, as they were planning a school trip to France and would be happy to add Fontainebleau on their list of must dos! Wow! I had just been guided by Providence and hit the right spot! It gave me shivers down my spine. Little did I know about all the wonderful opportunities that would follow.

I immediately asked my Principal if I could arrange to host the group of 15 students: the Aussies would include Fontainebleau in their “tour de France “and my 2nde would host their new mates for 4 nights. As for me I would get a chance to meet my dear colleague, Christine. She stayed at my home and her colleague stayed at one of the other English teachers’ homes.

This was the beginning of our fantastic exchange.

Since then we have had three groups of students in the last three years. My task is to organise the French leg of the exchange, to find the host families among my students and select the students when I have too many applicants, to welcome the Saint Philip’s College students, spend a weekend with them, write out their timetables, and organise for them to follow courses of French as a foreign language. I make sure they have everything they need, and I provide them with notebooks and school books. Of course there is a lot of paperwork to be done for insurance and registration, both in France and in Australia.

Comparing School Systems
The Australian students find our school system tiring as they’re not used to going to school for such long hours, nor on Saturday mornings. Following classes in French can be challenging for those who have very little knowledge of French. They’re finish school at 3 p.m. at Saint Philip’s. They have 25 hours a week in Australia and we have 34 hours on average and we end at 5:30. Moreover, our school has far more students than theirs. We have no Assembly, no tutor group, and fewer extra-curricular activities. But our motto is Freedom, Equality and Brotherhood and they seem to like it. They love the good food, the cakes , the cafeteria with its 4- course meals, and being allowed to go out of school between classes when they have no class.

The French students love Saint Philip’s. They like the focus on well-being, the school motto: “To strive, to seek, to care”, and the positive education beliefs reflected in the many statements and quotations signposted on the walls. Also popular are the weather (sunshine every single day, even though nights can be cold: 4 degrees!), the galah birds in the school yard, and the general good atmosphere. They love the flexibility, being allowed to drink water in class, the uniforms, and being in smaller groups. They feel the key words are respect, share, and international understanding. They also love the leadership training courses. They appreciate all the opportunities given by the school to take part in the many field trips, close to and far from Alice Springs: Desert Park, a kangaroo sanctuary, Uluru 3-day camp, Hot air ballooning, school musical…

In France, the families are expected to take the students on trips of the same sort. Of course to Paris, but during the holidays to different parts of France and sometimes abroad if they can (England for example) So the cost is only the flight for both legs of the exchange.

This year as I’m organising a trip for my 1ères to Cambridge, I might take the students on that trip as well.

Teaching in Alice
So this is what going on an Australian adventure means. This year I seized the opportunity to travel with my four French students to Saint Philip’s and spent two months at school living on campus. I met amazing people, followed literature courses and taught French to Year 11 every day. It was magical and I will remember this experience all my life! Of course I met lots of Indigenous people and was fascinated by their art and traditions. I learnt so much. I came home with a whole new perspective on life but I miss Saint Philip’s so much!

Sylvie Léger is an author and teacher at Lycée Francois 1er in Fontainebleau (77).

Celebrate See the related news
> Australia Day
> Only in Australia: Boating in the Desert