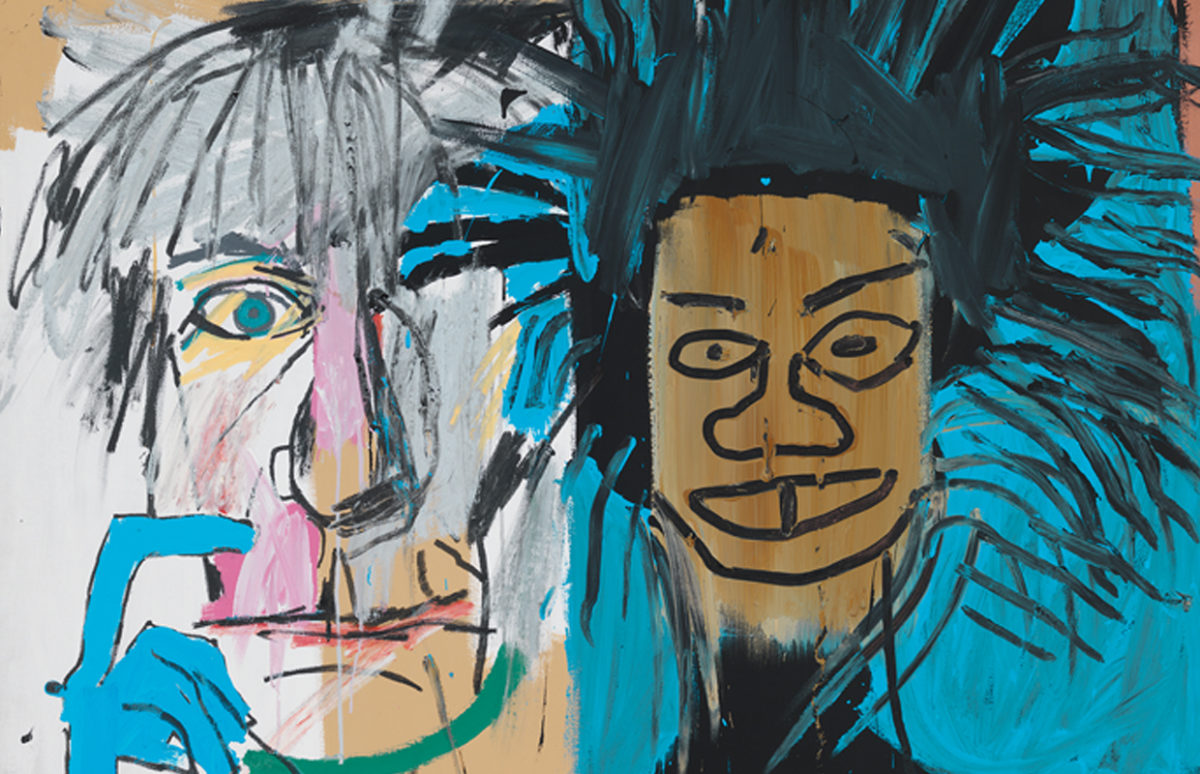 Jean-Michel Basquiat, one of the most remarkable American painters of his generation is the subject of an exhibition at the Fondation Louis Vuitton, from October 3, 2018 to January 14, 2019.

From 1980 to 1988, Jean-Michel Basquiat managed to impose his underground style in the streets of New York, a city where hip-hop, graffiti and primitive art were a way to escape poverty, unemployment and AIDS. Very quickly, his painting achieved great success.

The artist imposed the need to depict African American culture and revolts in equal measure in his work. Basquiat’s death in 1988 interrupted a very prolific body of work, carried out in under a decade, with over one thousand paintings and even more drawings.

The Vuitton exhibition is installed across all four floors of Frank Gehry’s building. The chronological tour takes us to the New York of the '80s through 12 large rooms. With 120 defining works, the exhibition covers the artist’s whole career and includes many firsts.

The Heads from 1981-1982 are presented here for the first time as well as works created in partnership with Andy Warhol including Dos Cabezas (1982), which marked the beginning of mutual fascination and collaboration between the artists.

The exhibition includes works previously unseen in Europe, essential works such as Obnoxious Liberals (1982), In Italian (1983), and Riding with Death (1988), as well as paintings which have rarely been seen since their first presentations during the artist’s lifetime, such as Offensive Orange  (1982), Untitled (Boxer) (1982), and Untitled (Yellow Tar and Feathers) (1982).

For the curator Dieter Buchhart, “The exhibition follows his work, from the first drawings and monumental works to the later prints, collages and assemblages, shedding light on his inimitable touch, use of words, phrases and enumerations, and his recourse to concrete hip-hop poetry. To the image of the African American man threatened by racism, exclusion, oppression and capitalism, he opposed warriors and heroes.”

This exhibition is an opportunity to see Basquiat clearly – as a great artist and a genius of draughtsmanship said the museum.

Most of the works creating this exhibition come from the Fondation Louis Vuitton, from the private collections started in 1990 when LVMH decided to take sponsor art and culture by supporting young artists and purchasing works and renovating historic buildings.

At the same time of this exhibition about Basquiat, the Fondation Louis Vuitton is displaying an Egon Schiele retrospective, an Austrian artist from the early twentieth century with many common points with Basquiat in his dense output and unfortunately short career..

This is a way to compare their respective careers - the Vienna of 1900 for Egon Schiele, the New York City of the 1980s for Jean-Michel Basquiat .

The lives and works of Jean-Michel Basquiat and Egon Schiele are fascinating for their fleetingness and their intensity. Both died at a very young age—27 for Basquiat and 28 for Schiele.

In under a decade, they became major figures in the art of their century. They are linked by their destiny and their fortune, that of a short-lived body of work, the impact and permanency of which have few equals.