Skip to content
In the News > Billboards for Citizens 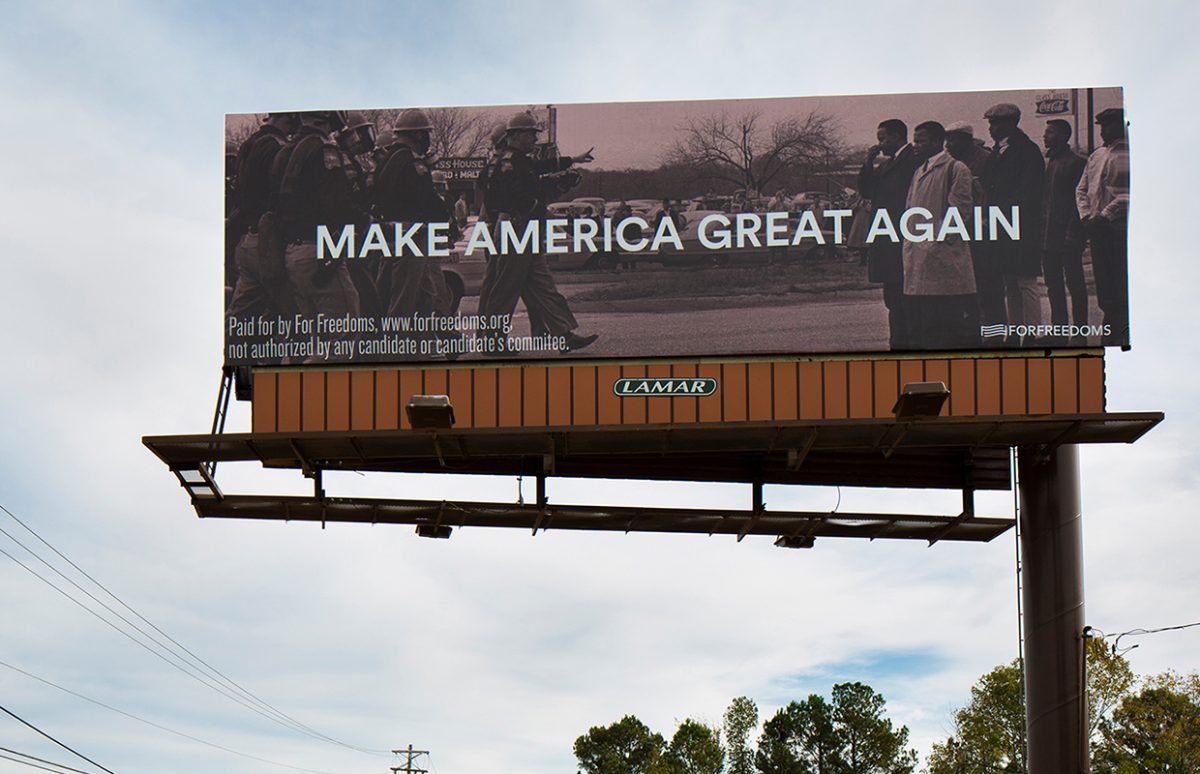 With the midterm elections approaching, the U.S.A. is being inundated with political advertising. But a group of artists wants to take back the country’s billboards for non-partisan, thought-provoking messages. Following a crowdfunding campaign they are putting up messages on billboards in all 50 states.

For Freedoms was created in 2016 by artists Hank Willis Thomas and Eric Gottesman. Their name and their campaign are inspired by Norman Rockwell’s interpretation of Roosevelt’s Four Freedoms, painted 75 years ago, and in first place, the Freedom of Expression.

The campaign fundraised to be able to display artists' work on billboards during the 2016 Presidential campaign, and this year have coordinated a campaign to put art on billboards across the nation.

The group wants everyone to feel included in civil life. Their motto is, "We believe citizenship is defined by participation, not by ideology." As well as the billboard campaign, they have been organising townhall meetings, just as the political parties do, discussing the Four Freedoms defended by President Roosevelt and depicted by Rockwell: Freedom of Speech, Freedom of Worship, Freedom from Fear and Freedom from Want. They encourage participants to fill in lawn signs, another typical sight during U.S. election campaigns. The signs express participants hopes for freedom.