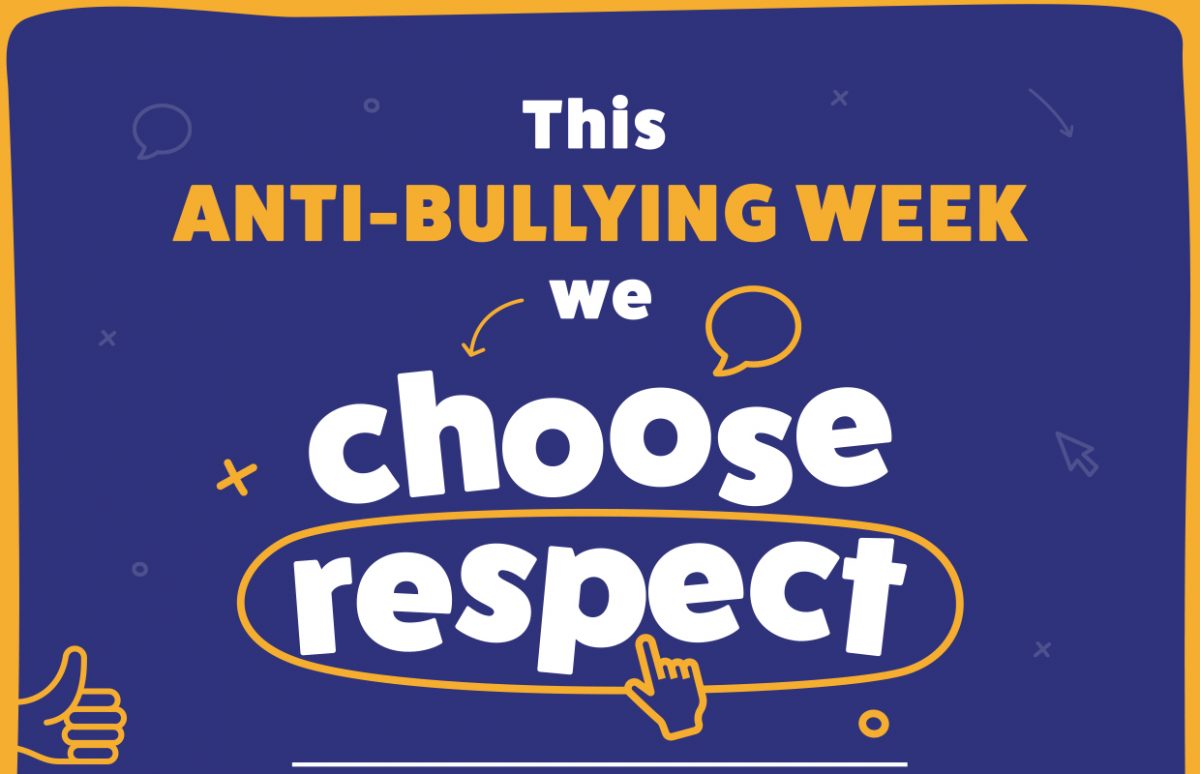 Raise awareness about bullying in November. On the 8th it’s Anti-Bullying Day in French schools. And it’s Anti-bullying Week in the UK from 12 to 16 November. Both campaigns are putting a focus on cyberbullying.

The theme for this year’s French Anti-Bullying Day is cyberbullying with sexist or sexual content.

The main theme for Anti-bullying Week is “Choose Respect”. For the first time, the week will include a day specifically dedicated to combatting cyberbullying, dubbed “Stop Speak Support”, on Thursday 15 November.

1 in 5 teenagers in England have reported experiencing cyberbullying in the last two months. “Stop Speak Support” has been championed by the cyberbullying taskforce created by Prince William and the Royal Foundation. The Taskforce’s consultative panel of 11-16-year-olds reported that they had rules and guides for every part of their life, but not online. The Stop Speak Support campaign created an online code of conduct for teenagers who encounter cyberbullying. The code consists of three pillars — Stop, Speak, Support— each of which provides three tangible actions to help to guide young people’s behaviour online.

Young people’s involvement in creating and implementing anti-bullying campaigns makes a major difference to their effectiveness. For more on Stop Speak Support and other student-led initiatives you can use with your pupils, see our Webpicks.