Skip to content
In the News > Captain Kirk Goes Back to Space! 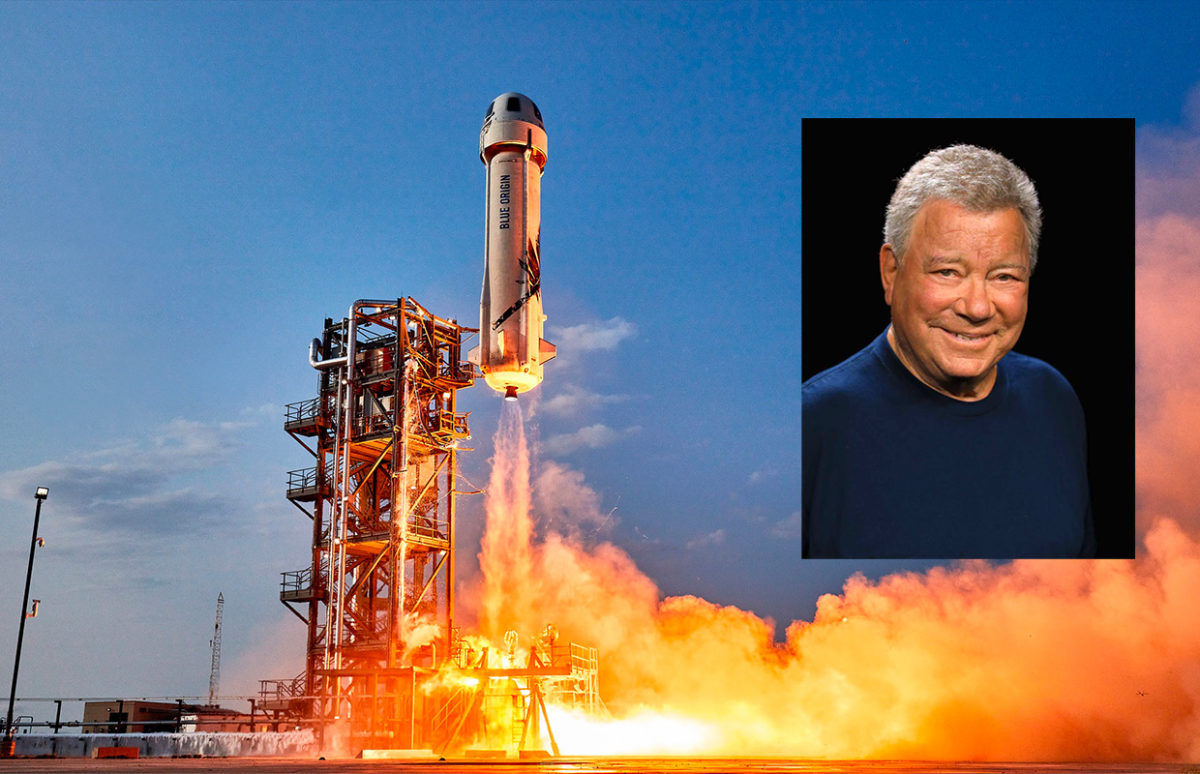 The Canadian actor William Shatner, aka Star Trek Captain Kirk, will be aboard the next rocket from Blue Origin, Jeff Bezos' company, on October 13, 2021.

It's a dream come true for Captain James T. Kirk who led the original Star Trek series on screen from 1966 to 1996.

Shatner confirmed that he would be part of the crew of the next space mission organised by Blue Origin, the astronautical company founded by Jeff Bezos, which will blast off on October 13.

This new orbital flight follows the Blue Origin's First Human Flight mission which took place on last July.  The multi-billionaire Jeff Bezos took to the skies his brother Mark , astronaut Wally Funk and Dutch student Oliver Daemen. At the time Daemen was 18, so he  became the youngest person to ever perform a space flight. And Wally Funk, at 82,  set the  record of the oldest one!

A suborbital spaceflight at 90 years old!

Funk will keep the record for a woman in space, but Bezos wants to make history a little more with  William Shatner. When the actor at 90 years old, launches on this suborbital spaceflight next week, he will become the oldest person ever, to fly in space.

Before Blue Origin's Flight missions, the title of the oldest astronaut was held by  John Glenn, one of NASA's original seven Project Mercury astronauts, who was the first American to orbit Earth in 1962. He set the  record in 1998 when, at age 77 and while still serving as a U.S. senator, he launched on NASA's Space Shuttle Discovery on the STS-95 mission..

The Star Trek star will depart alongside Audrey Powers, Vice-President of Blue Origin, and Chris Boshuizen and Glen de Vries, two of the company's major investors.

William Shatner said humorously."I've heard about space for a long time now. I'm taking the opportunity to see it for myself. What a miracle!"

A miracle that comes at the right time for the man who has held the controls of the USS Enterprise for several decades, and who will soon merge fiction and reality.

It is also reported that the mission will be filmed for an upcoming documentary featuring the actor who played Capt. James T. Kirk on the iconic series.

The flight announcement on NBC News:

Looking back: the trailer for season 1 of the first series.

The rocket took off on Wednesday 10/13. Amazon’s founder Jeff Bezos was present. He had shaken hands with each of the passengers before they boarded the rocket and had himself closed the escape hatch.

The capsule broke free in flight and was propelled to pass beyond the Karman’s line which marks, at 100 kms high, the border of space (according to the international convention).

Then it began a free fall to land on Earth, slowed by three huge parachutes.The flight took only about 10 minutes.

Now official astronauts, the crew was welcomed back from space with a celebration in the West Texas desert with family, friends, and the Blue Origin team.