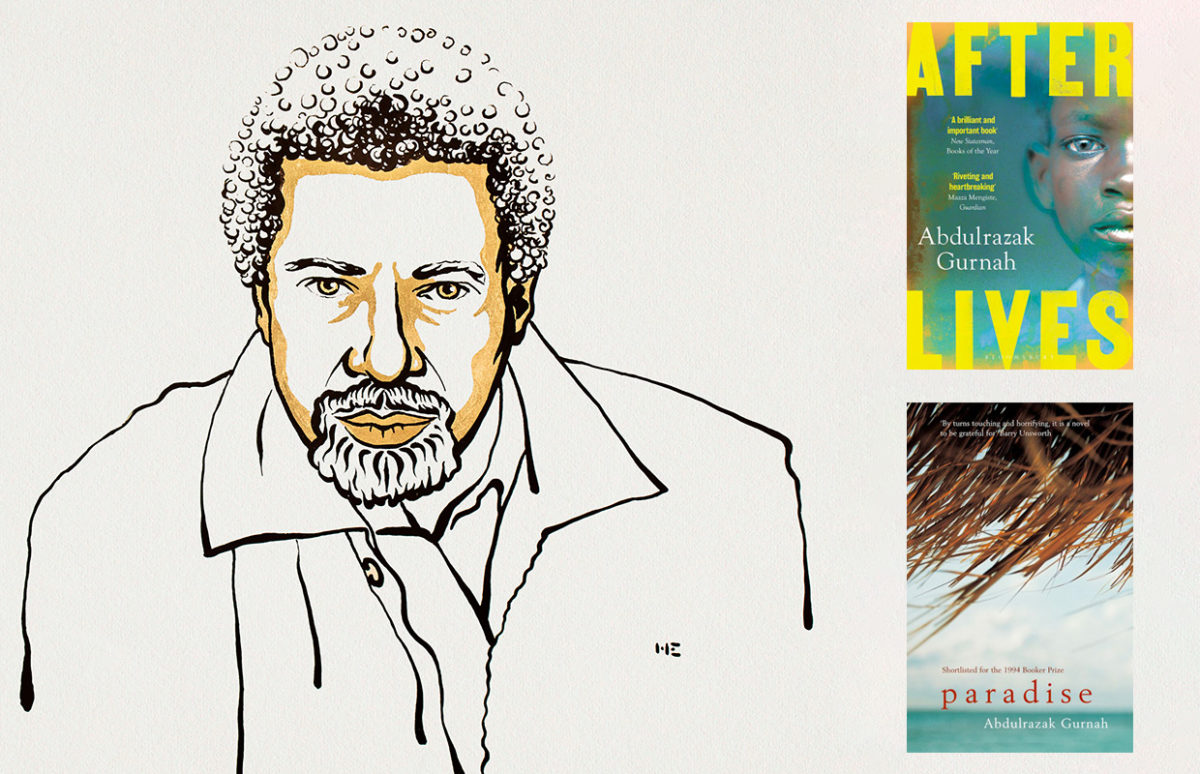 The 2021 Nobel Prize for Literature has been awarded to Abdulrazak Gurnah from Tanzania, whose own experience of colonialism and exile have informed his ten novels as well as short stories and academic works.

Gurnah was born in 1948 and brought in the island nation of Zanzibar off the coast of East Africa. At the time it was a separate British colony from Tanganyika, with which it was to form the independent nation of Tanzania in 1964. Thanks to its strategic position Zanzibar had been a hub of the Transatlantic slave trade and had had a succession of colonisers: Portuguese, Indian, Arab, German and British. After independence those of Arab origin, like Gurnah, were persecuted. At the age of 18, he had to flee the country and arrived in the U.K. as a refugee. He wasn’t able to return to his home country for almost 20 years, just before the death of his father.

Gurnah went on to become Professor of English and Postcolonial Literatures at the University of Kent, Canterbury, until his recent retirement. He has lived in the U.K. all his adult life. He chooses to write in English rather than his first tongue, Swahili, in which he had no literary culture. But his books are all set in East Africa, or focus on East African characters in exile like himself. Like his home island, they contain an eclectic mix of Swahili, Arabic, Hindi and German.

Gurnah’s breakthrough came with his fourth novel, Paradise (1994), which was shortlisted for the Booker Prize. Set in the late 19th century, when Germans were the colonists, it tells Yusuf’s coming-of-age story. He has been sent on a journey with a powerful merchant presented as an uncle but who in fact has received Yusuf’s service in return for a debt.

His most recent novel, Afterlives  (2020), returns to a similar era. Two boys, Hamza and Ilyas, are forced to fight with the German army in WWI, and as we follow them through the years we witness through their eyes the revolts of the colonised and the influence of European rivalries and conflicts on the African continent right up to WWII.

In his academic career, Gurnah specialised in postcolonial writers like Ngũgĩ wa Thiong’o, Salman Rushdie and Wole Soyinka, the Nigerian playwright who is the only other sub-Saharan African to win the Nobel.

The Nobel committee announced that they were awarding Abdulrazak Gurnah the prize, “For his uncompromising and compassionate penetration of the effects of colonialism and the fate of the refugee in the gulf between cultures and continents”, adding, “His novels recoil from stereotypical descriptions and open our gaze to a culturally diversified East Africa unfamiliar to many in other parts of the world.”