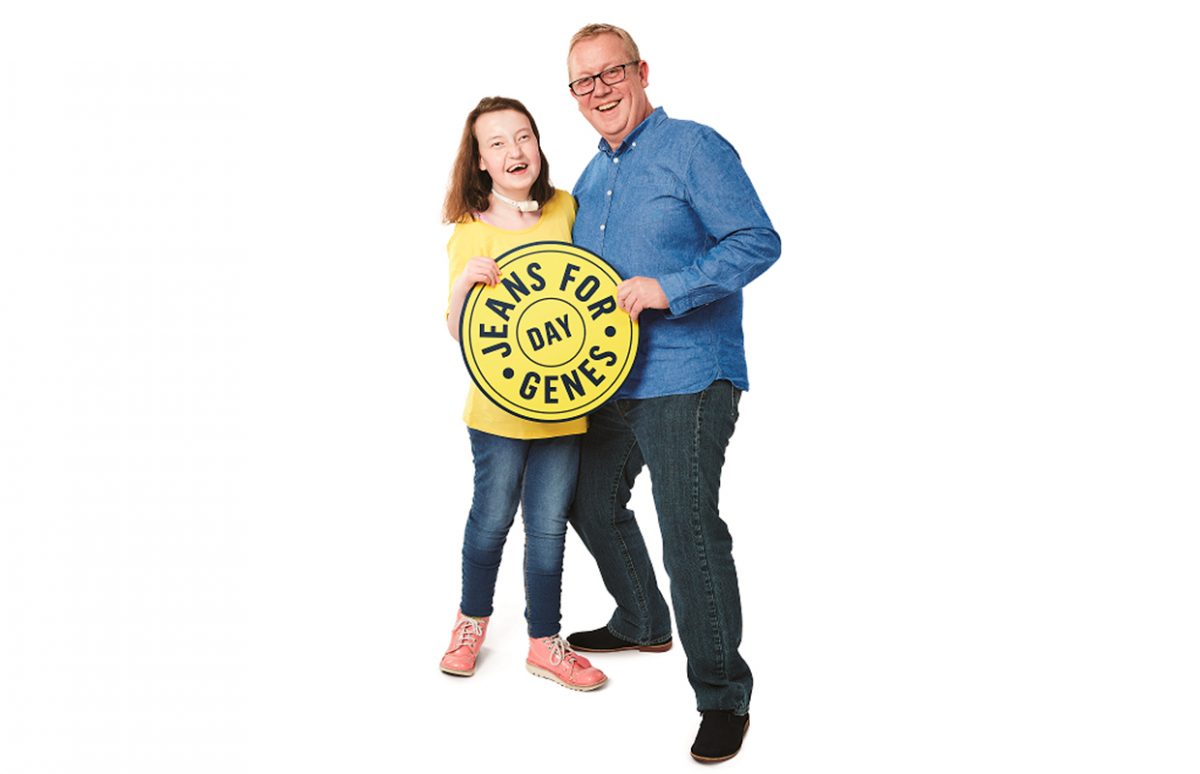 On Jeans for Genes Day, 22 September, many people across the UK wear jeans to school or work to raise money and awareness of genetic disorders. The Jeans for Genes charity provides excellent videos telling the stories of children living with the disorders. We've made a selection suitable for class use.

This film is only a minute long and fits well with a theme on tolerance. Young Ellie describes her brother's rare condition – her "special brother" as she calls him. Her mother's explanation of Thomas' Cockayne Syndrome is more difficult, but pupils from A2 will be able to get Ellie's message: "He's just the same, just a bit different from you."

Most of the films are about 5 minutes long, so you will probably want to focus on shorter sections for comprehension.

This animation explains simply about genes with a humorous style. It explains that the genes are in our cells and that they vary from person to person, with an analogy about gingerbread men and recipes. There are some handy statistics about humans sharing 98% of our genes with chimpanzees and 50% with bananas. It shows both that faulty genes can mean we have to use a wheelchair or take medicine, but that other gene differences just control eye colour or hair type.

Pupils should have some sense of the science from their biology classes – genes are part of the cycle 4 curriculum – which will help their comprehension. Usable from A2+

Connor
The beginning of this film is perfect for launching a discussion. We see Connor with his two younger brothers. It is obvious that he in wheelchair and a medicalised bed. But he introduces himself with, "My name is Connor. I'm 15. And in many ways I'm the same as anyone else." A really inspiring young man. From A2+

Alfie
This film starts with Alfie, 14, introducing himself, his family, and his love of rugby. This is familiar ground for pupils and will ease them into the video. He then goes on to describe being diagnosed with a rare blood disorder. His story has a happy ending as we see him receiving a bone-marrow transplant, which cures him. This can lead to a discussion about organ, blood and bone-marrow donations. B1

Pamela
Pamela's explanation of her disorder, sickle-cell anaemia, is quite complex and involves specific anatomical vocabulary like "shin" and "hip". But there is a lot that can be picked up from the visuals – the contrast between her cheerful tone in the interview and the images of her having problems getting out of bed; having a blood transfusion; family life and school uniform. The last minute or so is very poignant. She explains how her condition has put her two years behind at school and breaks down briefly. Her closing statement is perfect for discussion, "I think what I wish for everyone to take from me being on this film is just the fact that I really want to be believed. It doesn't look like I have anything wrong with me but I go through a lot." B1 and above.