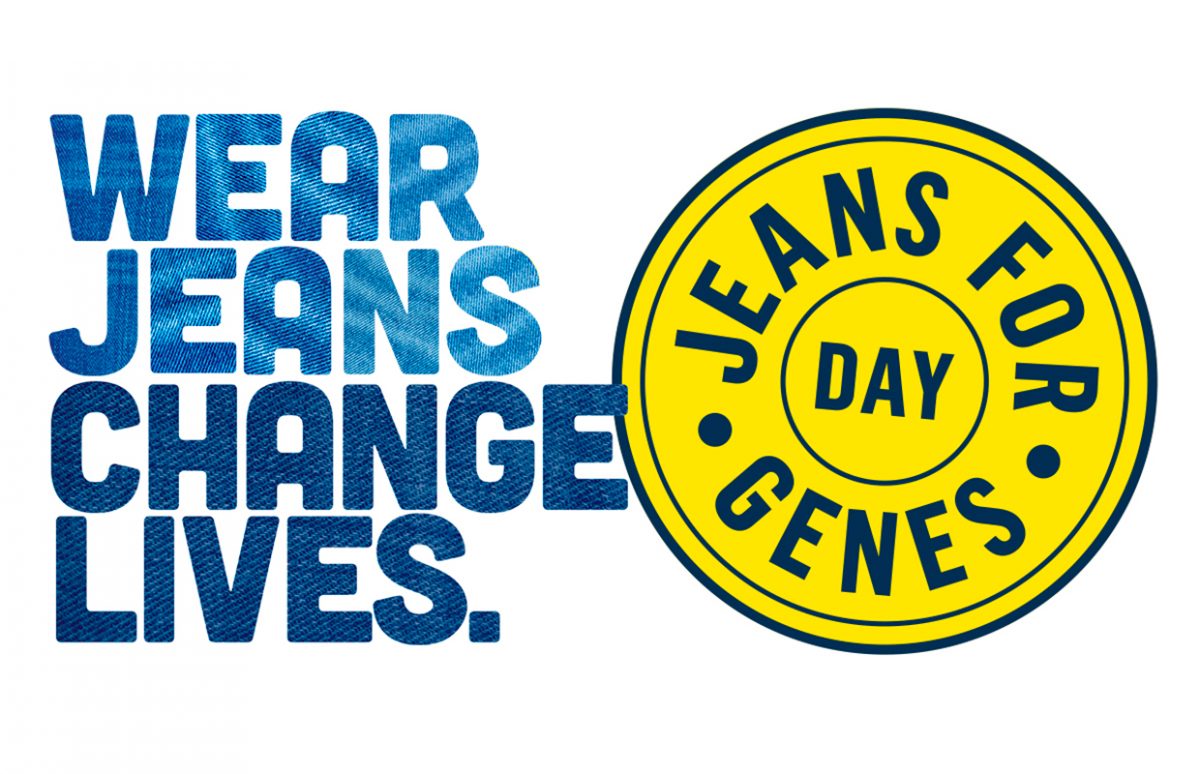 On 21 September many people across the UK wear jeans to school or work to raise money and awareness of genetic disorders. More than half a million people in the UK live with a genetic disorder which can be incredibly debilitating.

The concept of Jeans for Genes Day is incredibly simple. People wear jeans where they wouldn't normally, and make a donation to the charity. Many genetic disorders are extremely rare and it is difficult for sufferers to mobilise fundraising and awareness campaigns. By regrouping them in one appeal, a lot more support can be raised.

One in 25 children in the UK are born with a genetic disorder. Some disorders are sufficiently common for the general public to be aware of them. For example haemophilia, albinism, cystic fibrosis, brittle-bone syndrome or most forms of dwarfism. Others are so rare that only a handful of patients have them in any given country. Getting appropriate diagnosis and treatment can be incredibly difficult, and research into a cure is likely to be non-existent. Jeans for Genes works to put faces on the disorders and tell the stories of those who suffer from them.

People like Pamela, whose sickle cell anaemia gives her such bouts of pain she has fallen two years behind at school. Or Connor, who has a form of muscular dystrophy which means he can no longer walk. Yet, he introduces himself by saying, "My name is Connor. I'm 15. And in many ways I'm the same as anyone else."

Check out the videos of Pamela and Connor, along with others we've selected in the webpicks below for some inspiring young people for your pupils to discover.