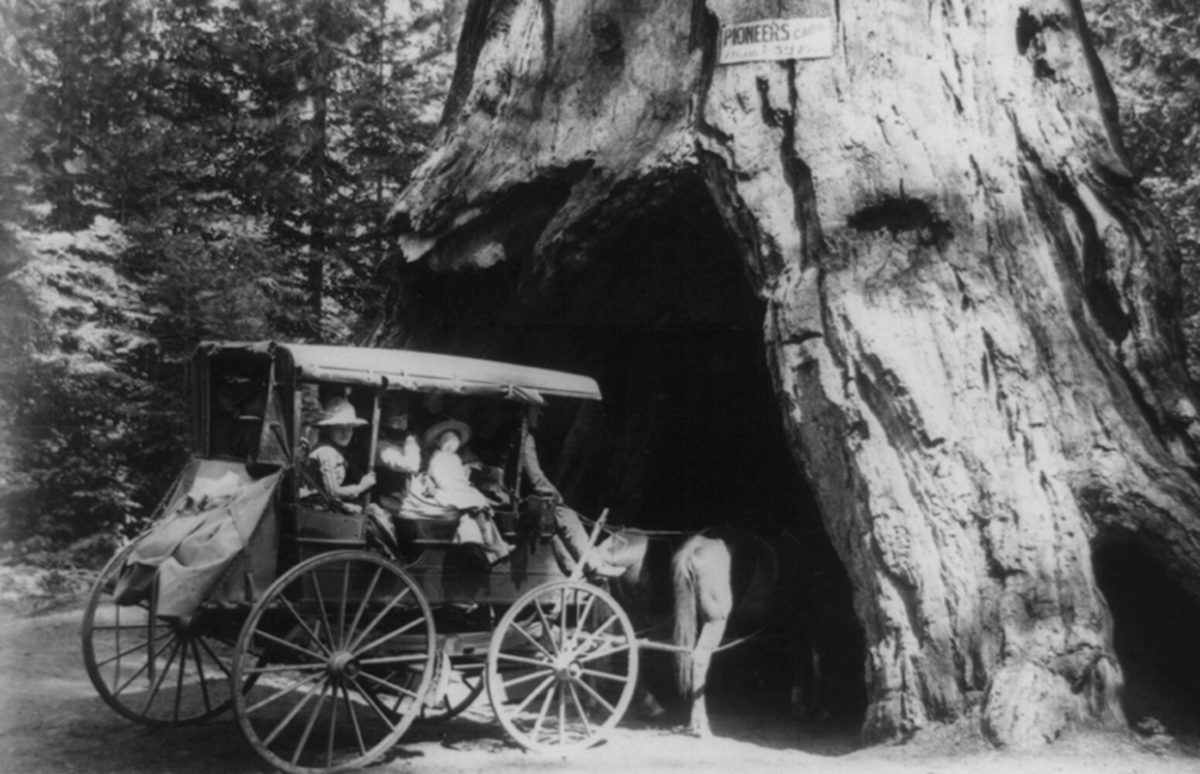 The U.S. National Parks Service celebrated its centenary in 2016. Although the first park, Yellowstone, was founded in 1872, the park service and rangers date from 1916. The U.S. was the first country to legislate to protect areas of national beauty, and National Parks are popular with American and foreign visitors alike. These resources allow you to introduce this iconic aspect of U.S. culture, and give the basis for a debate on the protection of the environment.

This slideshow gives information about NPS history and beautiful images of the parks and nature they aim to preserve.

This video gives a good introduction to the National Parks. Audio is usable from A2. The NPS provides lots of information about each park on its website. Great for group work and webquests.

Driving Through a Tree
The giant sequoia and redwood trees found in several National Parks have long fascinated visitors, especially the few trees which were transformed into tunnels. These videos show the interest in the tunnel trees. The article below puts them into a modern context and makes excellent, succinct points about protecting the environment.

The Guardian site has a lovely video showing how early visitors to the parks behaved and giving tips for how to behave today. The vintage films are interspersed with old-fashioned title cards which are a perfect example of the imperative in English! Images and title cards can be used from A1+, the voiceover from B1.

There is a Walt Disney short from 1945, "Old Sequoia", featuring Donald Duck playing a ranger who try to protect a giant sequoia tree from a pair of beavers. It's fun to watch for younger learners, and older ones can be asked to think about the purpose of national parks - is it to protect emblematic species like the sequoia from humans, or from their natural predators, beavers?

The Myth of the Tree You Can Drive Through
This article from the National Parks Service is a great authentic document usable by language learners. The first part can be used at A2+. It is mainly factual, explaining that visitors look for the tree tunnel in Sequoia and Kings Canyon National Parks when it is in fact in Yosemite, and giving details about height, age, when it was created and when it fell. It also mentions the "fallen log tunnel" in Sequoia National Park. It could lead to a short role-play activity with a park ranger and some visitors.

But with students from B1, and particularly in lycée, the last two paragraphs give the basis of an excellent debate about ecology and the purpose of preserving nature in national parks or elsewhere. It recognises that attractions such as the tunnel trees helped popularise interest in the parks, and therefore gained public support for conservation, but points out that today it is more important to preserve the whole ecosystem. It concludes, "Tunnel trees had their time and place in the early history of our national parks. But today sequoias which are standing healthy and whole are worth far more."

In the News See the related news
> A Giant Fell