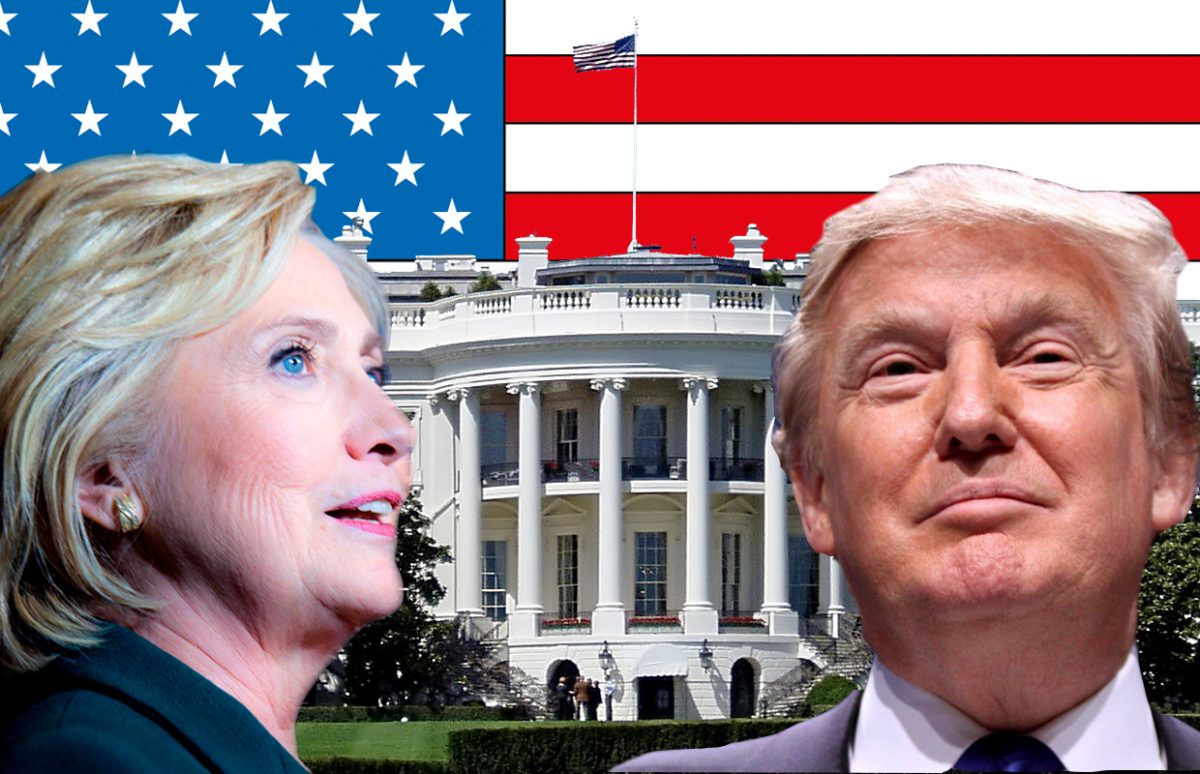 The 2016 U.S. presidential race has been hard fought, often acrimonious, and very unusual so far. But now the two main parties have chosen their candidates, the real race to the White House has begun. Who will come out ahead on 8 November?

The Democratic and Republican conventions have voted on a platform of policies and chosen their presidential “tickets”:
Republican: Donald Trump and Mike Pence
Democrat: Hillary Clinton and Tim Kaine

There are three other presidential tickets or "third-party candidates" which are unlikely to influence the main duel. There are two from from minority parties: the Libertarian Party (Gary Johnson and Bill Weld), and the Green Party (Jill Stein and Ajamu Baraka). And in August, former CIA agent and Republican Evan McMullin decided to launch himself as an independent anti-Trump candidate, but possibly too late to even be on the ballot in some states.

Now the real campaign has begun, although the parties seem to be fighting their own side more than their opponents for the moment.

Donald Trump was the surprise winner of a Republican primary season that featured 12 candidates, most of whom had considerably better political credentials than Mr Trump, the property tycoon and reality TV star, who has never held an elected office. The Republican hierarchy was never keen on the maverick candidate, who has made repeated remarks insulting both Republican candidates and various sections of the electorate including Muslims, Hispanics and women.

Trump is behind in the opinion polls and has a much smaller campaign budget than Hillary Clinton. To make things worse for him, the Republican Party is rumoured to be considering diverting money from the Presidential campaign they fear is already lost to support their candidates in the elections for Congress and state governors which will also take place on November 8. Electors will vote on all the members of the House of Representatives, a third of the seats in the Senate, and a quarter of state governors in November. The Republicans currently have the majority in both houses, but the majority in the Senate is slim, and the party machine doesn't want to risk losing it.

Trump has tried to appease some critics with a very consensual choice of  running mate. Mike Pence is governor of Indiana, and previously represented the state for 12 years in Congress. He's a solid, socially conservative Republican and at 57 provides some relative youth to 70-year-old Donald Trump's campaign.

Over in the Democratic camp, things should be going well. Hillary Clinton was supported by the party, and she is ahead in most polls. A win by Clinton would be historic as the first woman president of the U.S.A. would follow its first black president into the White House.

However, Hillary Clinton is not personally popular, and is seen as too much of an establishment figure by many voters, particularly those who enthusiastically supported Bernie Sanders is the close-run primaries. Mr Sanders, the senator for Vermont, who is actually an Independent, proposed policies that are much more left-wing than Mrs Clinton, or the Democratic Party mainstream. Clinton's challenge now is to win over the Sanders supporters, and get them out to vote on election day.

Clinton's running mate, Tim Kaine, is a senator for Virginia, and the state's former governor. He speaks fluent Spanish and Clinton hopes he will appeal Hispanic and more conservative voters. At 58, Kaine is 11 years younger than Hillary Clinton, but a man who describes himself as "boring" is unlikely to appeal to the youth vote, many of whom are enthusiastic about Bernie Sanders.

Elections in the Classroom

We’ve found some great resources on the web to help you work on the presidential elections with your pupils. Click on Webpicks below.

Coming soon: a B1 article on the candidates for classroom use.

In the News See the related news
> Chasing the Youth Vote