Skip to content
What's On > Two Books for the Booker 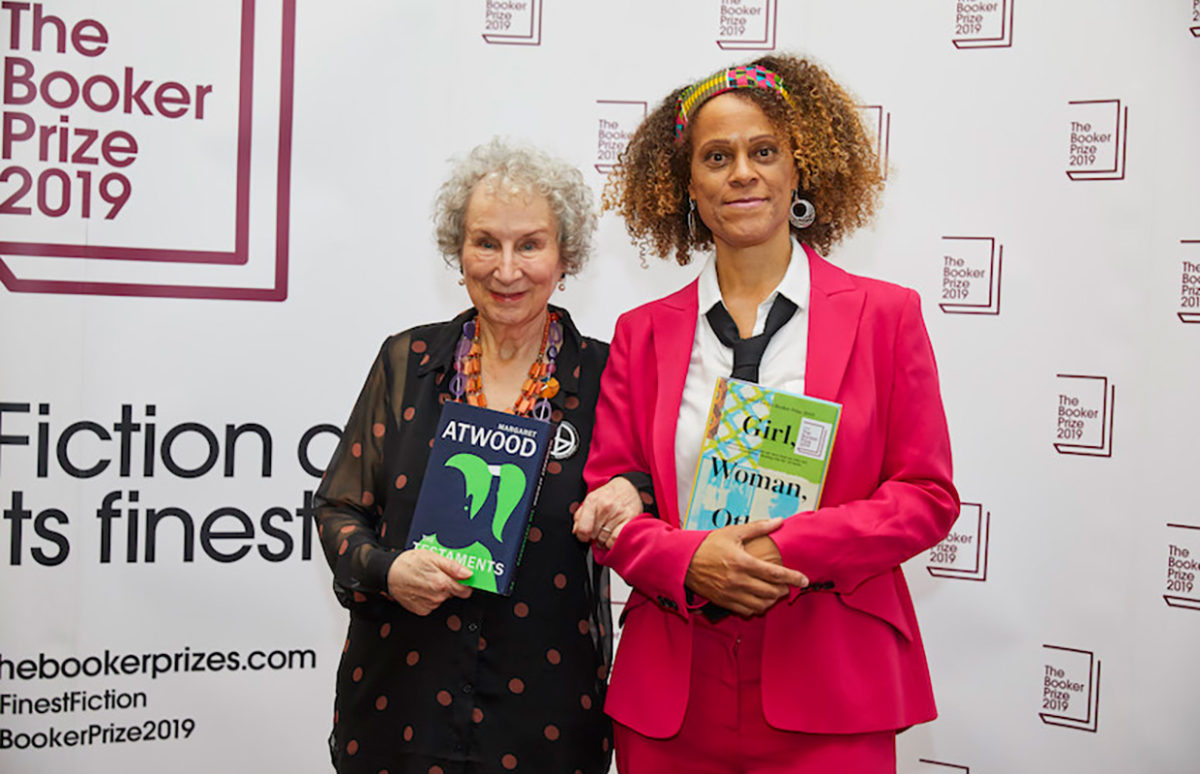 The 2019 Booker prize has been awarded to two authors: the established star Margaret Atwood for The Testaments and the first ever black woman winner Bernardine Evaristo for Woman, Girl, Other.

Atwood’s long-awaited sequel to A Handmaid’s Tale seemed a shoe-in for the prize (although another literary icon, Salman Rushdie was also on the short-list). The Canadian author had been shortlisted for Handmaid’s and made the shortlist two other times, as well as winning the prize in 2000 for The Blind Assassin.

But the judges decided they couldn’t whittle the list down further and broke the competition rules to name joint winners.

Bernardine Evaristo has written eight books as well as both radio and theatre drama. In the 1982, she founded the Theatre of Black Women theatre company with two fellow graduates from drama school, to tell stories that weren't being seen on stage. Today, she is Professor of Creative Writing at Brunel University London.

Growing up in 1960s working-class London, one of eight children born to an English mother and Nigerian father, Evaristo was the only non-white pupil in a girls' grammar school. She explained in an essay for BBC Radio 3, "I had grown up mixed-race in a suburb of London with my Nigerian father and English mother, and other than my immediate family, the world I knew was an almost exclusively white one."

'What, then, does it mean to not see yourself reflected in your nation’s stories? This has been the ongoing debate of my professional career as a writer stretching back nearly forty years, and we black British women know, that if we don’t write ourselves into literature, no one else will”

Paulette Randall, co-founder of the Theatre for Black Women and today a TV and theatre director commented,  “It’s really funny because we had met up not that long ago and I was saying to her, “'Of course I want you to win, but I am a bit tired of us being the first of doing everything. Because it is 2019 and we’re still talking about being the first Black to do this or the first whatever.' Of course, I’m thrilled and over the moon that she’s done it but that just shows you that we’ve still got a lot of work to do."