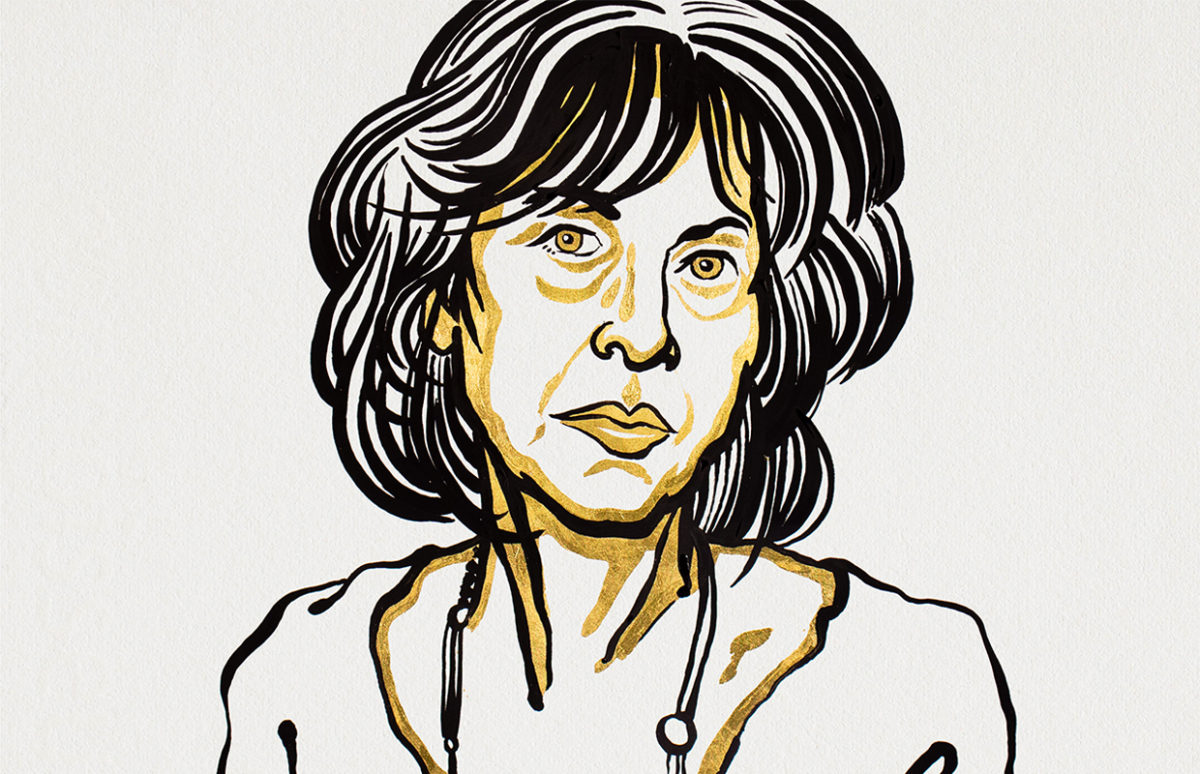 Take a listen to this brief conversation with new Literature Laureate Louise Glück, recorded shortly after the announcement of her #NobelPrize: pic.twitter.com/g6qg4lf84r

She is the fourth woman to win a Nobel Prize this year and just the 16th woman to get the Nobel for literature since it was started in 1901.

Louise Gluck is the first American to win the prestigious award since Bob Dylan in 2016. Toni Morrison was the last American to receive the prize before him, winning in 1993.

She has published 12 collections of poetry and several volumes of essays on poetry.

She was also awarded with the National Humanities Medal by Barack Obama at the White House in 2015.

In France, she has no books published and only few lovers of poetry have had the chance to read her texts. We must salute the poetry magazines, and in particular Po&sie which provides L'Iris sauvage, translated by Marie Olivier.

The Poems
"Austere" is a common description of poems whose subject matter is frequently failed relationships, family breakdowns, agony, despair and death. It can appear confessional but the acutely observed situations are recounted through personae. She often takes inspiration from Greek mythology and its characters, such as Persephone, Penelope and Eurydice, turning its age-old lens onto her observations of modern life. She is also known for her direct, almost conversational language.

You can get a taste of her poetry on the Poetry Foundation site and on Poets.org, which has a number of audio recordings of her work.

Here is a short extract from the title poem from her 1999 collection Vita Nova.

Islands in the distance. My mother
holding out a plate of little cakes—

as far as I remember, changed
in no detail, the moment
vivid, intact, having never been
exposed to light, so that I woke elated, at my age
hungry for life, utterly confident—

By the tables, patches of new grass, the pale green
pieced into the dark existing ground.

Surely spring has been returned to me, this time
not as a lover but a messenger of death, yet
it is still spring, it is still meant tenderly.

To go further with your classroom
Nobel Prize Lessons – Literature Prize 2020This is a teacher’s guide for a Nobel Prize lesson – a complete lesson on the 2020 Nobel Prize in Literature, which is awarded to Louise Glück, one of the most important poets in American literature today. The lesson is planned to take about 45 minutes.