Skip to content
In the News > Cleaning Plastic From the Oceans 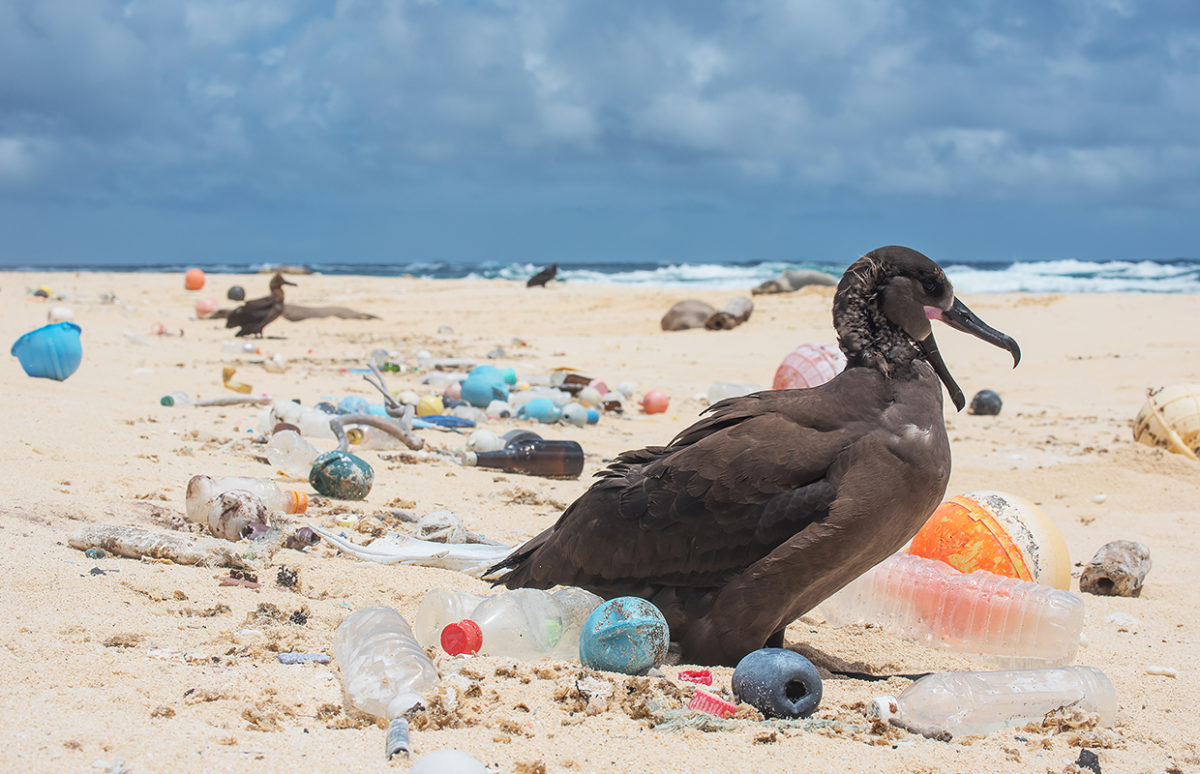 Plastic pollution, particularly in the oceans, has been in the news a lot recently, with governments, institutions and big business calling and pledging to reduce the use of disposable, single-use plastics. But a young Dutchman has been fighting for eight years to tackle the other end of the problem: removing existing plastic from the sea. And his mission has just taken an enormous step towards becoming reality.

When he looked into the problem, he discovered the giant gyres that accumulate vast quantities of the eight million tonnes of plastic that enter the ocean every year according to United Nations estimates. The Great Pacific Garbage Patch, the biggest, is situated between Hawaii and California and has a surface area three time the size of metropolitan France.

Slat imagined a system that could float on the ocean and collect the plastic, using only the power of the ocean currents.

It started as a high-school science project but Slat had a much bigger vision. By 2013, aged 18, he had designed a prototype and started a non-profit-making organisation, The Ocean Cleanup. He soon dropped out of a degree course in aerospace engineering to focus on the cleanup full time.

From the outset, he was determined to be as rigorously scientific as possible. One of the first issues Ocean Cleanup tackled was the lack of reliable data on the problem. Studies of the Great Pacific Garbage Patch showed that it was mainly made up of small fragments of plastic. This is particularly dangerous for the ecosystem and ultimately humans. But Slat and the organisation's 60 engineers had a hunch that previous testing methods missed the larger pieces of plastic.

In 2015, Ocean Cleanup launched the Mega Expedition: 30 ships dragging bigger nets than had been used before, crossed the Patch at the same time. The following year, they added to data by doing aerial surveys. Their findings were published in March 2018 in the journal Scientific Reports. They found that of the 1.8 trillion pieces of plastic, weighing 80.000 tonnes that make up the GPGP, 92% of the mass is represented by larger objects; while only 8% of the mass is contained in microplastics (pieces smaller than 5 mm in size).

This further confirmed the team's determination to use Slat's invention to capture those larger pieces of plastic.

They had been refining and testing the system for years. On 8 September 2018, they launched System 001 from San Francisco for a two-week trial. It was successful, and the system set off on 3 October for the GPGP. It is hoped that after six months, the team can start shipping plastic away for disposal or recycling. The fleet of systems would then be increased to 60. Ocean Cleanup calculates that that would allow them to clean up 50% of the plastic in the garbage patch in five years.

Boyan Slat, still only 24, has received many awards for his work, including the United Nation's highest Champion of the Earth in 2015. He has certainly shown incredible stamina and powers of persuasion. He has persuaded major institutions to give him funding. Ocean Cleanup has raised more than 30 million US dollars in donations, many from institutions and business. He has convinced dozens volunteers to spend years hand-sorting and counting tiny pieces of plastic for research. He convinced thirty shipoowners to lend their boats and crew for the Mega Expedition.

Prevention Rather Than Collection?
Some environmental groups are opposed to the Ocean Cleanup, because they say that it's more important to work to reduce the world's use of plastic, and therefore the plastic that ends up in the oceans. They worry that the cleanup could seem like an easy, "quick fix", that would discourage consumers from pushing for plastic reduction: why bother reducing use if the plastic can be easily cleaned up.

Sceptical oceanographers feel that the focus on the large floating gyres of plastic is inefficient. A study in 2017 found that garbage collectors off the coasts of China and Indonesia would collect more microplastic than ones in the North Pacific.

Boyan Slat is not deterred. "Big problems require big solutions," he says. Of course it's important to reduce plastic use, but he sees it as his organisation's mission to stop they existing ocean plastic from reducing to microplastic, before even more of it gets into our food chain.

There is an article provided at A1+, A2 and B1 levels about Ocean Cleanup in the Banque de ressources anglais cycle 4. To see the resources, register now or log in if you already have an account:
Articles de presse > A1+, A2, B1 > Transition écologique et développement durable > "The Ocean Clean Up".

There are also suggestions for using it as part of a sequence on young inventors in English Tracks 4e, which accompanies the BRNE.

In the News See the related news
> Green Coffee