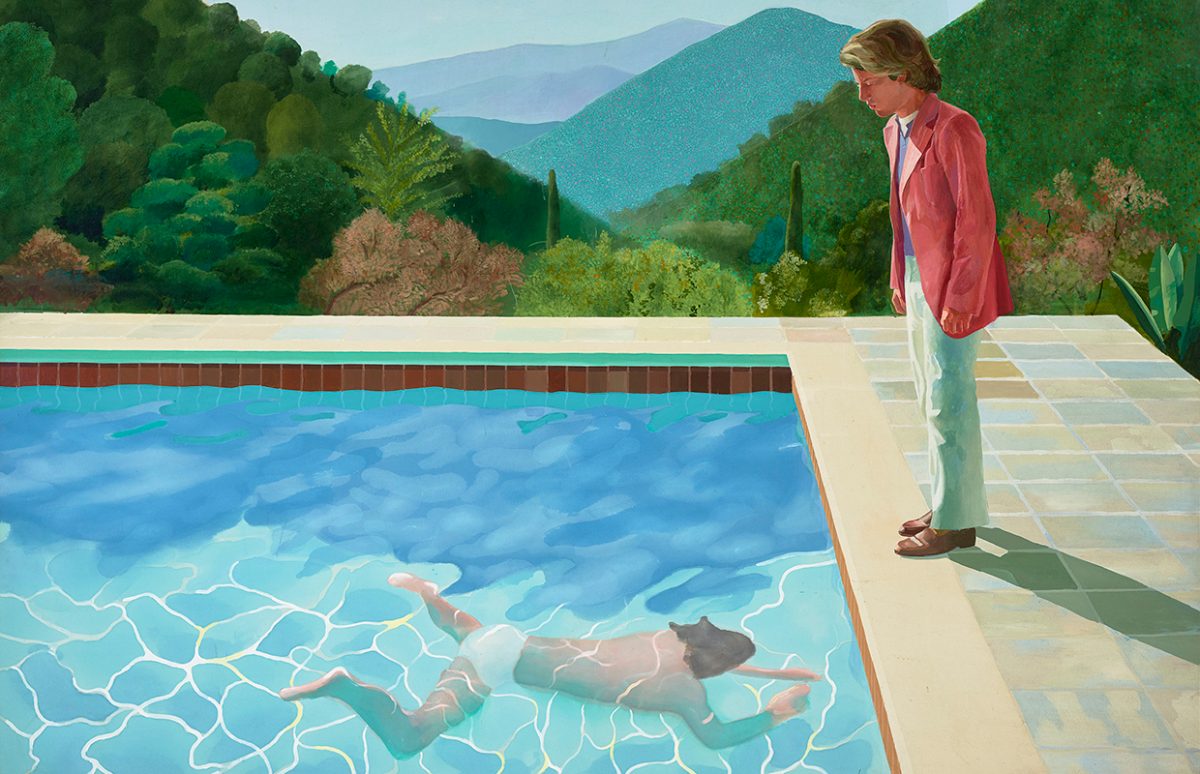 The David Hockney exhibition that broke attendance records at the Tate Britain arrives as the Centre Pompidou in Paris. In London, almost half a million people saw the retrospective of Britain's most famous pop artist, from his California swimming pool paintings to recent monumental landscapes and iPad art.

Hockney was born in Yorkshire in 1937, and despite half a lifetime spent in California, the eighty-year-old remains attached to his Yorkshire roots. He is both prolific and versatile, turning his hand to many different media and an enthusiastic early adopter of new technologies. Over his career he has embraced Polaroid collages (joiners), photocopied and faxed images, iPad and iPhone art, and turned to video installation well into his seventies. He still paints every single day, obeying the necessity to create.

The young Hockney was strongly influenced by Picasso's stylistic liberty and Matisse's vivid colours. One of his early exhibitions was entitled Demonstrations of Versatility. A scholarship took him to California for the first time in 1964. His adopted state and the brilliant sunlight that made it a magnet for filmmakers would drench his canvas with vibrant colours, especially in his iconic series of swimming-pool paintings including The Bigger Splash.

That title became so associated with his work that when he returned to Yorkshire in 2004 and undertook a series of monumental landscapes and treescapes painted on separate canvases, like his 1960s Polaroid collages, they were naturally called “A Bigger Picture”. Hockney loves observing how the trees, the light, and the sun are subtly different every day. “Most people glance or scan, but don’t look,” he says. “I love looking. I get intense pleasure from my eyes.”

Portraiture has also been a major thread in Hockney's work. He described visiting the retrospective as: like revisiting old friends, in the literal as well as figurative sense, as many portraits are of his friends and family. He has made a speciality of "double portraits", featuring two subjects often incongruously juxtaposed.

The Pompidou exhibition is a true retrospective, covering everything from his student days to his most recent works. Much of it has a superficially naïve look, like a lot of pop art. As he says in the video introduction to the exhibition, “I know children like my art, I think that’s rather good.” (He is very good at Yorkshire understatement, no Californian exclamations.) Hockney has no problem with appealing to a wide public or being described as populist. He says, “I do want to make a picture that has meaning for a lot of people. I think the idea of making pictures for 25 people in the art world is crazy and ridiculous.” Half a million Londoners clearly agree.