Skip to content
In the News > Electoral College: the Final Hurdle? 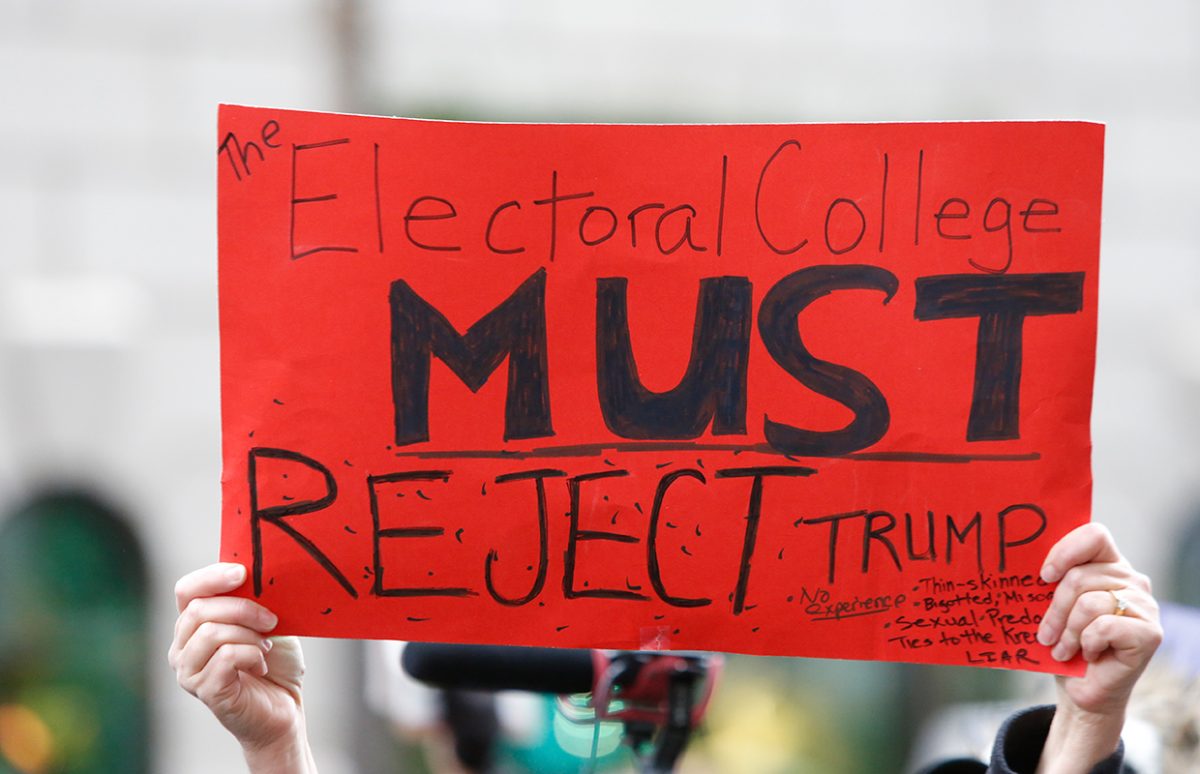 In an exceptional electoral year, there is one more chapter to come in the saga of the 2016 Presidential election. The electoral college, normally a very discreet part of the electoral process, could be the scene of unusual drama on 19 December.

Until the recent past, the electoral college was barely mentioned in descriptions of the U.S. Presidential electoral system. On only two occasions had it done anything other than "rubber stamp" the candidate elected by the popular vote, and more recent of those was in 1888. But then came the 2000 election, when George W. Bush lost the popular vote, but won the majority of electoral college votes. And this year, when Hillary Clinton is now estimated to have won almost 3 million votes more than her rival, but Donald Trump has a lead of 37 electoral votes… in theory.

How Does the Electoral College Work?
There are 538 electors. Each state has an equivalent number of electors to their senators and representatives in Congress. A list of electors is proposed by each party and is presented on the ballot on the day of the election. In all but two states, the candidate who wins the popular vote in that state receives the state's electoral college votes, so, in effect, the list proposed by the winning candidate's party. The electors are usually party supporters, workers or volunteers. This year they vary from an anonymous 19-year-old woman in Washington state to Bill Clinton in New York state. (Yes, that Bill Clinton, ex-President and husband of Hillary.)

On 19 December, the electors for each state meet in their state capital and vote.

Opposition
Since 8 November, there has been a lot of opposition to Donald Trump's election. As the size of Hillary Clinton's majority in the popular vote became clear, various initiatives were proposed. Green Party presidential candidate Jill Stein has raised millions of dollars by crowdfunding to demand recounts in three states which Donald Trump won by a narrow margin: Pennsylvania, Wisconsin and Michigan.

A minority of Electoral College electors are calling others to revolt and refuse to elect Donald Trump. They have called themselves the Hamilton Electors in reference to Founding Father Alexander Hamilton, who wrote an authoritative text, The Federalist Papers, about the Constitution. The Hamilton electors say the Founding Fathers intended the Electoral College to block unqualified candidates or those under the influence of "foreign powers" from becoming president.

This video from the Hamilton Electors is clearly partisan, but gives a good explanation of the electoral college at the beginning.

The group is proposing that electors vote for neither Trump nor Clinton, but a more moderate Republican like John Kasich.

From the outset, the Electoral College, as well as Congress, was designed to favour the smaller states, which are disproportionately represented. Every state, no matter its size, has two senators. Members of the House of Representatives are distributed according to the population of the states, but overall representation is mathematically weighted towards the smaller states.

Furthermore, the current system encourages candidates to focus their attention on the big states, and particularly the swing states they hope to win from the other party. Proponents of the abolishment of the Electoral College say that a direct popular vote would make every vote count.

In the News See the related news
> 2016: That Was the Year the Was
> President Trump
> The Race for the White House: Into the Final Straight