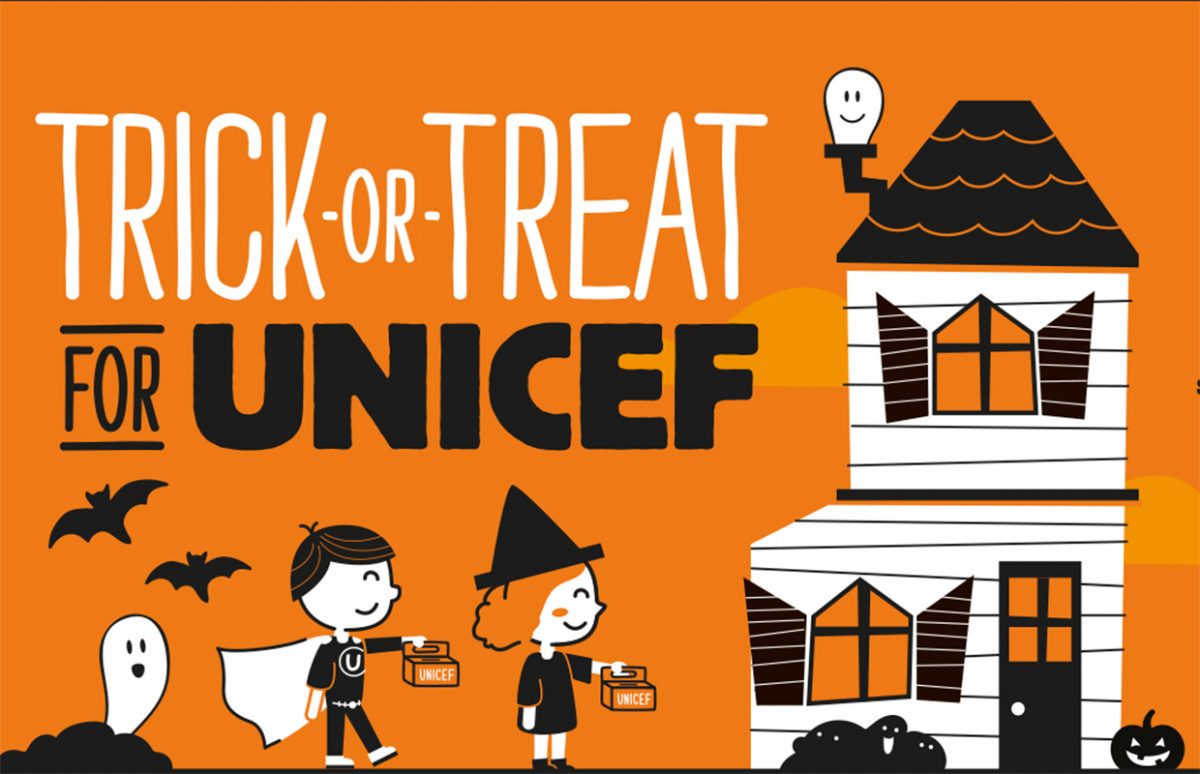 Halloween is a popular celebration with pupils, and it can be a great way to introduce some English-speaking culture. In the U.S.A., a major Halloween tradition is Trick or Treat for Unicef, a  fundraising campaign for the United Nations children's fund. Unicef has lots of teaching resources about the campaign.

This is Unicef U.S.A.'s main fundraiser and most people have trick or treated for Unicef, or donated at some time in its 66-year history (see the video below).

They have produced a number of videos about the campaign. We've selected some below.

Calling All Superheroes! – Trick-or-Treat for Unicef
This is short and sweet. The age of the children and the Disney Channel star Zendaya make it most suitable for the youngest pupils, from A1+. Good for working on describing costumes and just getting the connection between trick or treating and collecting for charity. Bonus points if pupils manage to identify some spooky Halloween words (trick or treating, candy, spellbinding idea, scary).

The Halloween Song Sing Along (Full and Short Versions)
Lots of Halloween vocabulary (candy, costumes, trick or treat, ghosts, goblins, witches) in this animated video for the Unicef Halloween song. The whole thing is too difficult, but the first 1:15 gives the introduction, the first verse and chorus of the song. The introduction is usable from A1+, the song from A2 as a singalong activity (it's fast for listening comprehension). See below.

This is the shorter version. It doesn't have much of the explanatory introduction. But it you wanted to have pupils sing along to the song (or part of it), you could bring up the subtitles to do it karaoke-style. The lyrics to both versions are in the lesson plans (see Schools Program above).

Unicef USA: Trick-or-Treat - Past, Present, & Future
This video shows the 66-year history of Trick or Treat for Unicef, with lots of snippets from past TV ads (nostalgia guaranteed for the grown-ups watching). Interspersed are great images of modern costumes and trick or treating. The basic message is fairly simple, and repeated several times: that by trick or treating for Unicef, kids can help other kids in need. Usable from A2.

Kids Helping Kids: Trick-or-Treat for Unicef
This video is quite long (3'46). The first minute is relatively simple, and could be used at A2. It then goes into more detail about Unicef's actions around the world, and is more suitable at B1. From 3'00 it focuses on the actual trick or treating, which could be used with A2 or even A1, using mainly the images. (Cultural note: in the U.S.A., "cider" in this context means opaque apple juice, not the alcoholic beverage.)

The section about Unicef's work fits in well with the EMC and Geography curricula.