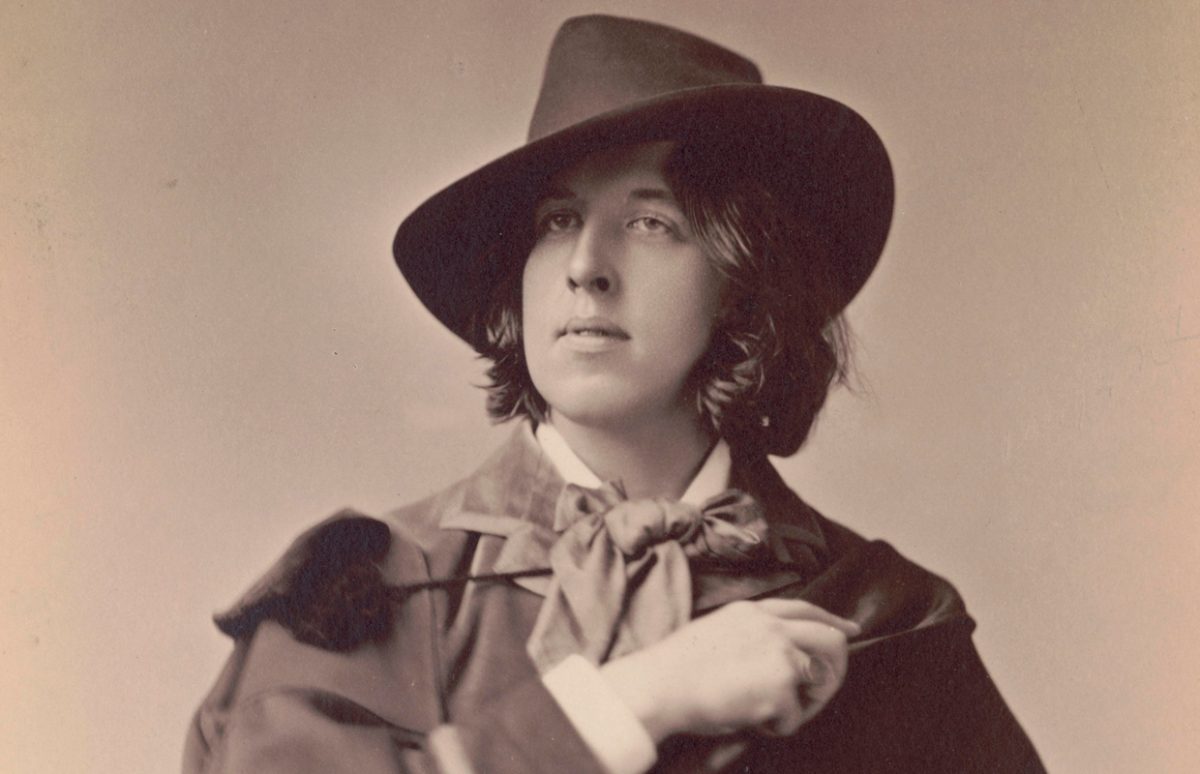 A new exhibition in Paris shines a spotlight on a man who never shied away from one: Oscar Wilde. The author of The Picture of Dorian Gray and The Importance of Being Earnest lived a life as witty and provocative as his work.

Oscar Wilde had an affinity and long connection with France, so the detailed exhibition at the Petit Palais was overdue.

As well as the exhibition itself, scroll down to the bottom of this page for class visits and associated events.

Wilde (1854-1900) was born into a well-to-do Irish family. His father was a doctor but Oscar had much more in common with his mother, a poet and shining light in Irish literary circles.  Oscar was a brilliant student and after studying at Trinity College in Dublin, won a scholarship to Oxford.

While still at Oxford, he became known for his wit and his taste. He was soon reviewing art exhibitions and publishing his novel Dorian Gray, poetry and children's stories. He followed in the footsteps of the likes of Dickens, touring North America in 1882 lecturing on the Aesthetic art movement which preached art for art's sake. His comic plays, including The Importance of Being Earnest, made him the most successful playwright of his time.

But Wilde's life was almost as much his art as his literary output. Everything from his flamboyant clothes and long hair to his carefully crafted witticisms contributed to a persona he presented the world.

"I treated art as the supreme reality and life as a mere mode of fiction. " De Profundis.

The game of masks and appearances was no doubt necessary for a homosexual man who wanted to succeed in Victorian society. Wilde married and had children, wrote successful parodies of middle-class life — all the more mordant and successful because he was writing them with inside knowledge. But he couldn't keep up the appearances forever. Whether he felt his success gave him some leeway, or whether he simply couldn't bear the pretence any longer, in 1891, when he started a homosexual relationship with Lord Alfred Douglas, he did anything but keep it a secret. If his lover had been anyone else, it would perhaps have been possible for society to avert his eyes. But Lord Alfred was an aristocrat, son of the Marquis of Queensberry. His father was not a man to be flaunted — he gave his name to the rules of boxing after all. The Marquis had Wilde charged with gross indecency.  After a high-profile trial, the aesthete, the dandy, found himself serving two years in prison with hard labour. When he was released, he fled to Paris, where he died in poverty. Not before turning his prison experience into an epic poem, The Ballad of Reading Gaol. Life and literature were joined until the end.

Wilde and France
While Wilde's aesthetics and lifestyle were at best ridiculed and at worst punishable in Britain, he found a much more sympathetic reception in France. He simultaneously revived the English drawing-room comedy and experimented with avant-garde European theatre in Paris. In 1893, as Lady Windermere's Fan and A Woman of No Importance were hits in London's West End, Wilde published Salome, in French, for Sarah Bernhardt.  The play uses Symbolist theory and repetition in a very Modernist way. In Britain, it was not produced in his lifetime, having failed to pass the censorship board. When produced in New York in 1905, it was stopped after one performance.

Class Visits
There are guided visits available for collège and lycée class groups. One visit concentrates on Wilde’s life in Victorian Britain, whereas the other focusses on his literature. They would be a great addition to an EPI with either French or History.

Free Lectures and Films
There are five free lectures and six free screenings of Wilde's works being held during the exhibition run. The lectures are on Saturdays from 4 to 5.30 p.m. The first is on 15 October, and is given by Sorbonne professor Pascal Aquien, who is also teaching a free online MOOC on Wilde starting 26 October. The final lecture, on 14 January, will be given by Merlin Holland, writer and Wilde's grandson.

The film screenings are on Sundays at 3 p.m. They start and end with documentaries. The other four films are of Wilde's works: The Canterville Ghost, The Picture of Dorian Gray, Salomé and The Importance of Being Earnest.

And there is a special free event for 18/30-year-olds on 9 December, Born to be Wilde. Dress up in your best dandy attire and go along to enjoy various Wildean events — a photo studio, caricature wall, literary games and extracts of an upcoming opera, Dorian Gray. From 6.30 p.m.

Lecture in English
The American Library in Paris will be hosting a free lecture on Wilde by art-history teacher Chris Boïcos on Tuesday 29 November at 7.30 p.m.