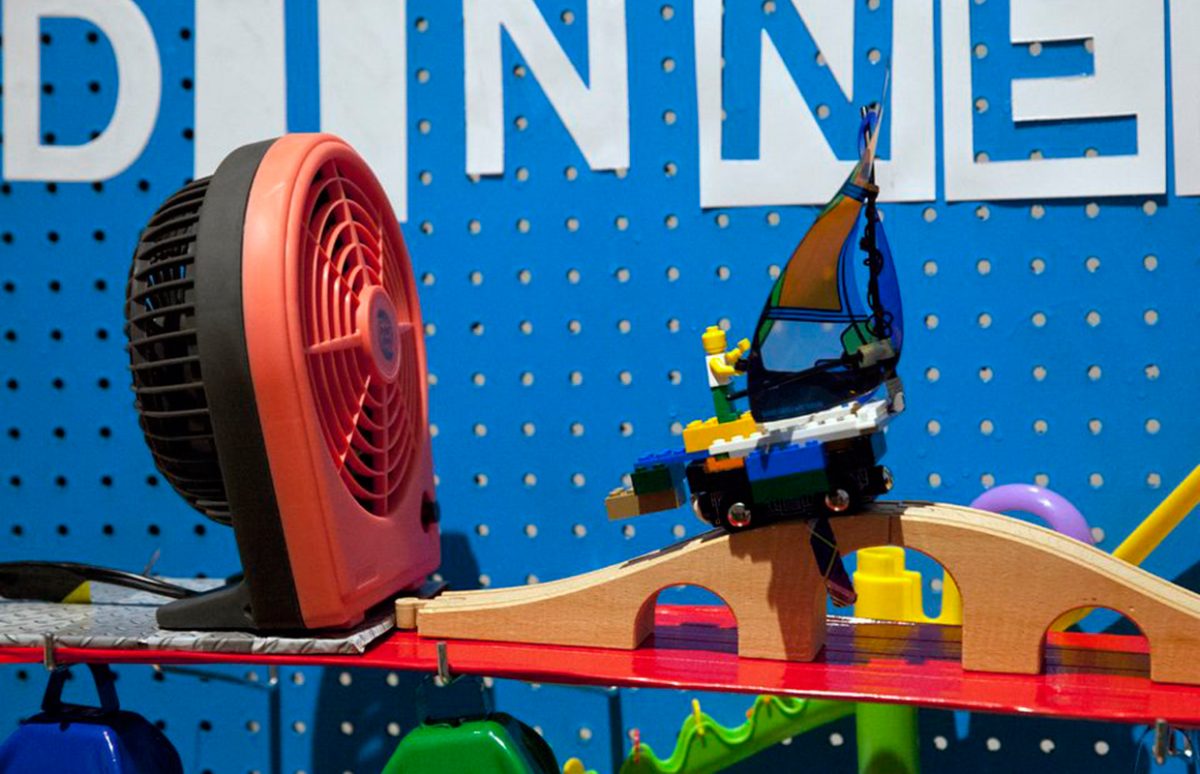 These videos of crazy contraptions inspired by Rube Goldberg and Heath Robinson's drawings are a great addition to a project to make a machine. They allow you to show pupils some examples, practise describing the machines, and see models of how to present a machine.

No commentary on this video, just the images of the machine serving a drink of pink lemonade. Great for description. From A1

Again, no commentary in the opening theme and credits for the CBS series Elementary starring Jonny Lee Miller & Lucy Liu.

This video is of a fairly simple Heath Robinson machine a British schoolgirl made as a homework assignment. It’s good as an example of explaining how a machine works (including the types of energy used), and we especially liked the fact that she included the 7 failed attempts at the end – proof that persistence is important, and that mistakes help you learn. From A2.

This video shows a group of middle-school students explaining their machine for a Rube Goldberg contest. It’s a more complex explanation, with lots of cause and effect, needing at least an A2+ level.

Over to the Professionals
Aardman Animations's Wallace and Gromit animations feature many Heath Robinson/Rube Goldberg-type machines. Gromit the dog is an inveterate inventor. Many of his inventions feature in the Cracking Contraptions short films, like this one, the Snoozatron. You will probably have to explain the idiom "counting sheep" as a way to fall asleep.

What's On See the related news
> The Art of Rube Goldberg: Why do simple when it can be complicated?