Skip to content
In the News > Singing for Freedom 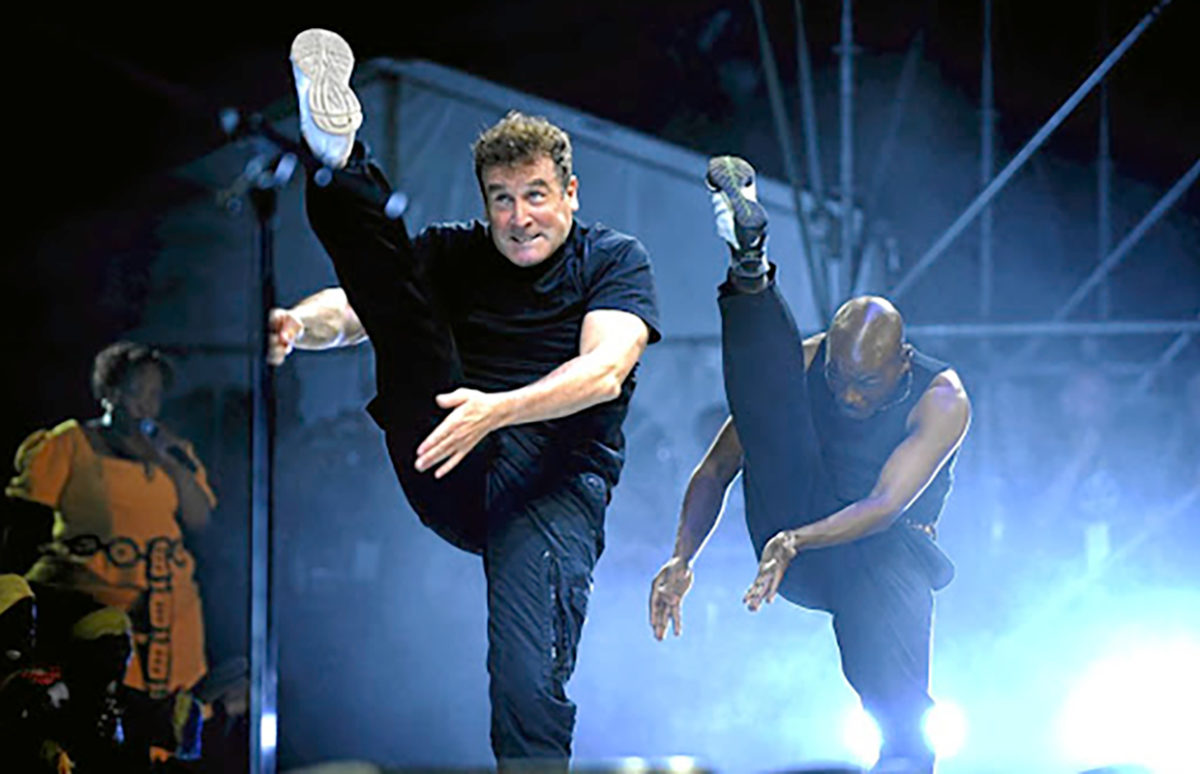 South African singer, musician, dancer and activist Johnny Clegg has died at the age of 66. His music was an influential part of his participation in the anti-Apartheid campaign.

His songs “Asimbonanga” and “Scatterlings of Africa” took his message of protest but also of unity around the world. Johnny Clegg was born in England. His mother, who had grown up in Rhodesia (Zimbabwe), took him to live in South Africa at the age of seven.

No doubt because he was an outsider, Clegg seemed to simply ignore the racial divides. He fell in love with Zulu culture, learned Zulu music, dance and language and was accepted into a clan. In one of the bizarre paradoxes of apartheid-era South Africa, he was able to study and even teach anthropology, Zulu music and dance at Witwatersrand University while at the same time being arrested for playing with Zulu musicians.

South African comedian Trevor Noah says he was “Born a Crime” (the title of his autobiography) as the son of a black South African woman and a white Swiss man. In a sense Clegg and his bandmates chose to be a crime by playing together. Their recorded music was routinely banned in South Africa, yet they were allowed passports to travel around the world playing the same songs. Significantly, at a period when anti-apartheid protesters maintained a boycott against white South African sports and cultural tours, Clegg was never boycotted. It was only too plain that he was “umZulu omhople”, a white Zulu.

Clegg’s most famous song, "Asimbonanga", released in 1987, was taken up as an anti-apartheid anthem. In Zulu and English it talks of Nelson Mandela and looking “across the island” – Robben Island where he was still imprisoned. It also commemorates three activists who died trying to oppose apartheid: Steve Biko and Neil Aggett, who died in police custody, and Victoria Mxenge, who was ambushed in a security-forces ordered killing.

In 1997, during a performance of the song in Germany, Nelson Mandela, by then South African President, appeared on stage unannounced. Clegg couldn’t believe his eyes, “That was the pinnacle moment for me,” he recalled. “It was just a complete and amazing gift from the universe.”

Despite being diagnosed with pancreatic cancer in 2015, Clegg continued touring, often appearing with his son Jesse.

When the news of his death was announced, the South African government was quick to honour him, tweeting, “Condolences to Family and Friends of Johnny Clegg - one of South Africa’s most celebrated sons. He was a singer, a songwriter, a dancer, anthropologist whose infectious crossover music exploded onto the international scene and contributed towards social cohesion.”

In a further  odd South African coincidence, another of his songs, “Impi” is extremely popular at matches by the national rugby team, the Springboks. The song commemorates a Zulu victory over the British Army in 1879. And it is now sung to celebrate a team that was long criticised as a symbol of white South African prejudice, but which Nelson Mandela used to help national unity and social cohesion.

This article would work well with Shine Bright 1re File 16: "Born-free South Africa", a sequence about the generation born after Nelson Mandela's release and the end of apartheid.