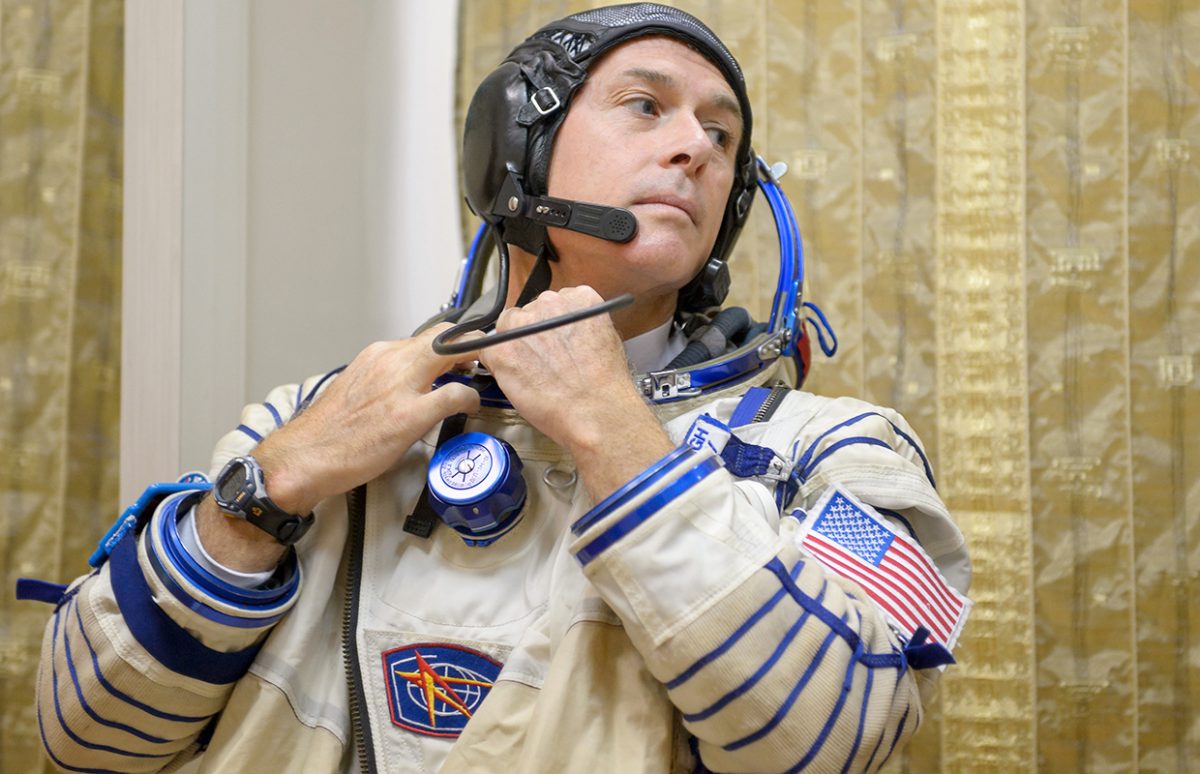 This short video of a NASA astronaut on the International Space Station discussing how he is going to celebrate Thanksgiving is a great way to introduce or revise this American holiday as well as food vocabulary.

ISS Expedition 50 Commander Shane Kimbrough of NASA explained how he and fellow American, Peggy Whitson, were going to share their Thanksgiving traditions with the four other personnel on board the ISS: French astronaut Thomas Pesquet and Russian cosmonauts Oleg Novitsky, Andrey Borisenko and Sergey Ryzhikov. It's usable from A2.

The food Kimbrough shows is all in packets, so it's worth going over typical Thanksgiving foods before having pupils listen, so they can pick up some elements. Turkey, mashed potatoes, green beans and mushrooms are relatively easy. A nice touch is that Kimbrough mentions a typical regional speciality "sweet tea" (iced tea), from his home state of Georgia. Harder to pick out but authentic nevertheless are cornbread dressing, glazed yams (sweet potatoes) and cherry-and-blueberry cobbler for dessert.