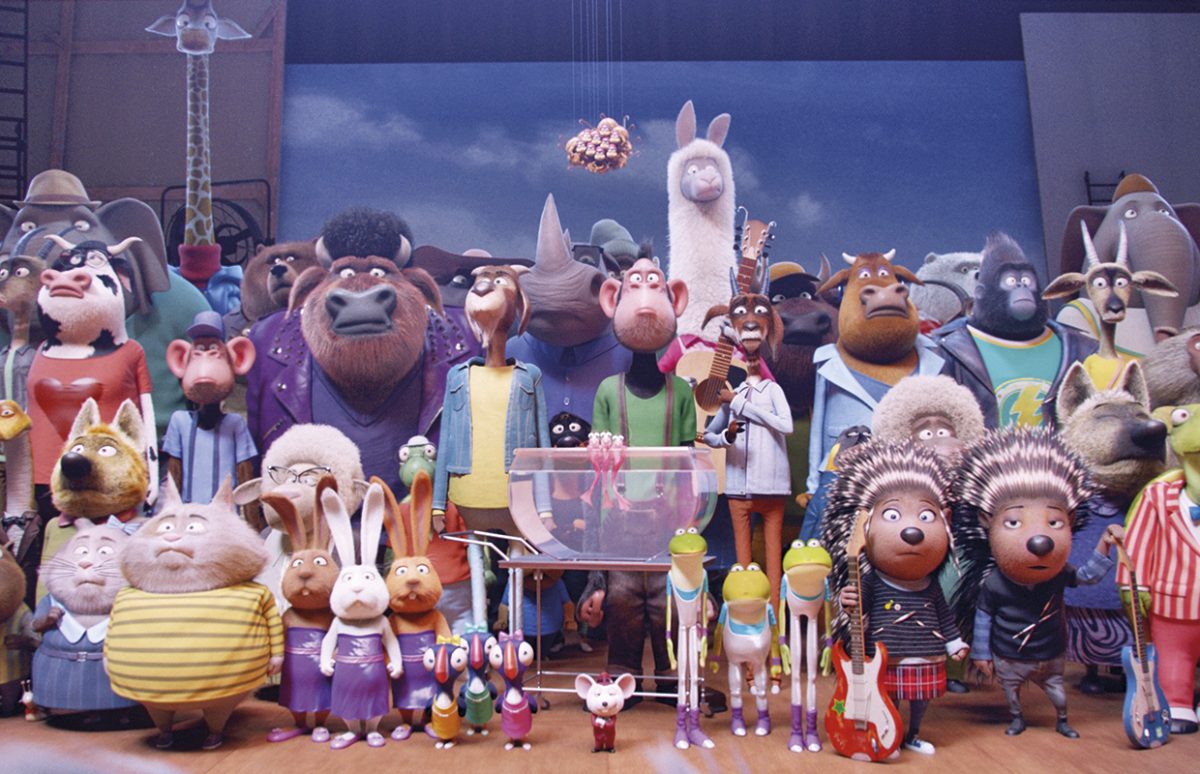 Sing is a feelgood movie about a singing competition designed to save a failing theatre in a city entirely populated by animals.

From the animators who made Despicable Me, The Minions and The Secret Life of Pets, Sing is full of humour, hit songs and anthropomorphic animals. It is based on a trope we're all familiar with – the talent show like TV's The Voice, Britain's Got Talent or Star Academy.

Buster Moon is a starstruck koala whose love of the theatre led him to buy one. But he is not a great businessman, and as the film opens, the theatre is on the brink of bankruptcy. Ever the optimist, Buster decides to organise a singing competition to revive the theatre's fortunes. But when his faithful secretary makes a typing error, promising a prize of $100,000 rather than the $1,000 planned, the competition attracts hundreds of candidates but risks sinking the theatre further into debt.

TV singing competitions base their success on the right choice of music and candidates who are not only talented but have an interesting life story. Sing uses the same formula, with a mix of songs: both recent hits, for younger viewers, and older classics for their accompanying parents. It is well nigh impossible to watch without tapping your feet and dancing in your seat. The contestants each have their own quirks, from the tiny mouse with the big ego to the teenage elephant with a terrible case of stage fright. The path of young love is far from smooth for Ash, a teenage porcupine punk rocker, and Johnny the gorilla can't live up to the expectations of his gangster father. Rosita the pig, an overworked mother of 25, dreams of performing on stage rather than in a deserted supermarket.

There's a reason talent shows are popular, and Sing picks up all the best elements, including an all-singing, all-dancing Glee-style finale. Whether you watch it in the cinema or follow our tips for using the trailer in the classroom, you'll have a smile on your face, a tune on your lips and a spring in your step when it's over!