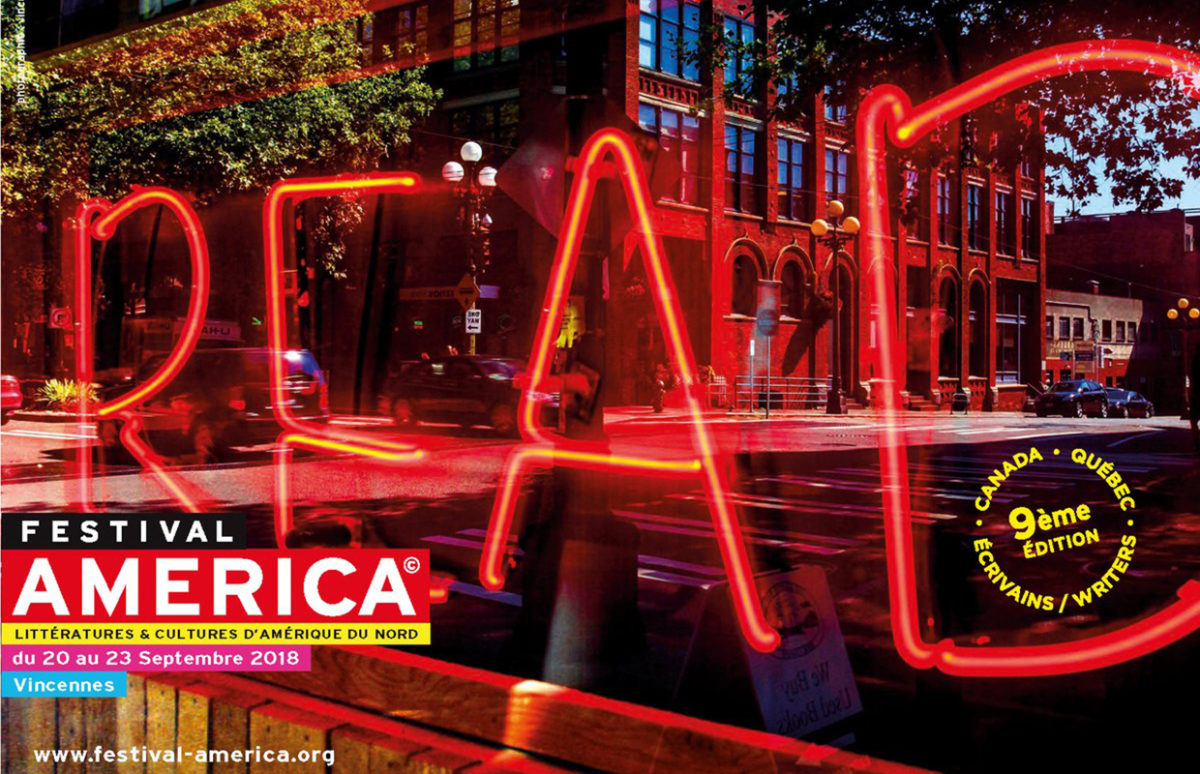 Festival America, the bi-annual event that celebrates the literature of North America, is back for its 9th edition in Vincennes from 20 to 23 September. It offers a weekend where booklovers will be hard-pushed to choose between all the delights on offer.

This year, the focus is on Canada, both Anglophone and Francophone. The U.S.A. is well represented of course, as well as authors from Mexico, Haiti and Cuba. There is a special celebration of John Irving, on the fortieth anniversary of the publication of The World According to Garp and homages to two greats: Philip Roth and James Baldwin.

There are a whole series of events where two or three of the invited authors have a conversation on a theme. The Canada events consider bilingualism, First Nations, the landscape and environment, politics and myths among others. There is also an alphabet-themed series of more than 60 debates such as A for Adolescence, D for Dystopia or N for New Orleans…

The Festival takes over the town of Vincennes with open-air photo and art exhibitions about the Tree Planter movement and the First Nations protests at Standing Rock against the Dakota Access Pipeline.

With 75 invited authors, there is something for everyone. There are no less than four Pulitzer Prize winners, including Jeffrey Eugenides (Middlesex) and Colson Whitehead, who won the 2016 Pulitzer as well as the National Book Award for his wonderful mix of history and whimsy The Underground Railroad, recently translated into French. In it he examines the history of slaves escaping to the non-slave states and Canada with the help of the Underground Railroad. In reality, it was a network of abolitionists and former slaves who helped slaves escape. Whitehead imagines it as a real underground railway line.

The Handmaid's Tale author Margaret Atwood, who has long been a supporter of the festival, won't be physically present, but will join a discussion on Saturday by videolink.