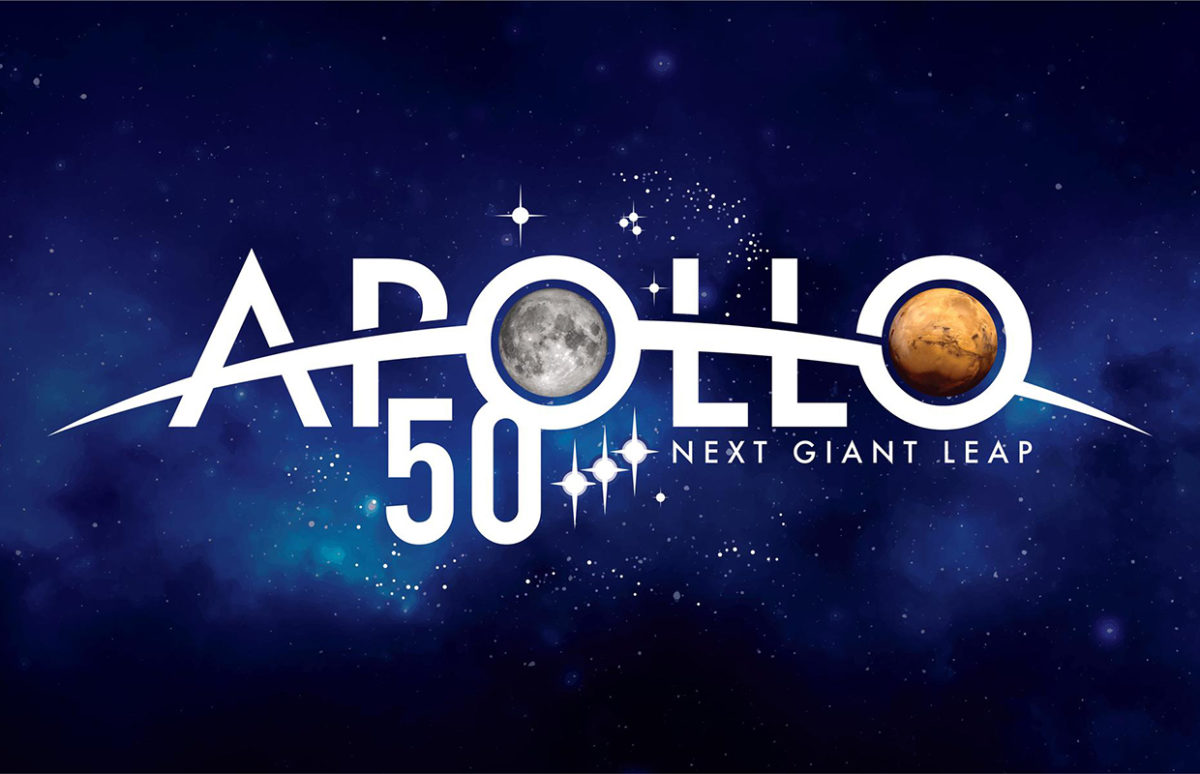 NASA is marking the fiftieth anniversary of the first Moon landings. Fifty years after Neil Armstrong and Buzz Aldrin walked on the Moon, and 47 years after the end of the Apollo program, the U.S. space agency is preparing to go back to Moon by 2024.

On July 20, 1969, Armstrong and Aldrin boarded the lunar module The Eagle and began their descent from Apollo 11, leaving Michal Collins in charge of the spacecraft. The eyes of the world were fixed on millions of TVs, as, the Eagle landed and Armstrong stepped out, uttering his famous, "That's one small step for a man, one giant leap for mankind."

It was the high point of the U.S.A.’s participation in the Space Race, which had begun in 1957 when The U.S.S.R. put the first satellite in space, and then sent a dog, Laïka, into orbit. President Kennedy had announced in 1961 that the U.S. would send a human to the Moon by the end of the decade. Thanks to the combined efforts of approximately 400,000 people, NASA met the challenge. Armstrong, was the somewhat unwilling poster boy for the Moon landings, but he and his crewmates were literally the tip of the iceberg.

It’s incredible to think that the first manned Apollo mission, Apollo 7, only took place in October 1968, ten months before the Moon mission. Apollo 11, just 3.9m in diameter, travelled more than 1.5 million km during its eight-day mission. A mind-boggling feat.

As so often happens, public appetite for novelty meant that after the Moon landing was achieved it was harder and harder for NASA to attract the funding it needed to continue. In 1972, the Apollo program was closed.

Hacking the Moon
NASA has always argued that space exploration, as well as being a goal in itself, has allowed scientific breakthroughs that have in turn improved life on Earth. This video, about the Draper team in inventing the guidance and navigation systems to get Apollo missions safely to the Moon and back, highlights the knock-on effects the technology they developed had on modern aviation and computers.

Space exploration continues to fascinate many people today, and the space agency uses it to encourage young people to study science and engineering. An interactive exhibition, Be an Astronaut, is touring science museums in the U.S.A.

As James Kidrick, CEO of the San Diego Air and Space Museum explains in this video about the exhibition, he hopes the exhibition will encourage students, “To maybe take an extra science course, an engineering, course a mathematics course. Not everybody's going to go to space not everybody is going to be a pilot or an astronaut or you know or an aerospace engineer but maybe they become a biotech researcher.”

To the Moon Again
Neil Armstrong retired from NASA a year after the Moon landings, but he continued to support human space exploration till his death in 2012. His fellow Apollo 11 astronaut Buzz Aldrin was in attendance in 2017 when President Donald Trump launched a new policy for NASA to return to the Moon, and beyond. The agency is working with commercial and international partners to establish and orbiting base around the Moon by 2024, which would allow missions to the Moon’s surface but also act as a transit point to deeper space destinations like Mars. Sounds like science-fiction? So did the Moon landings in 1961.