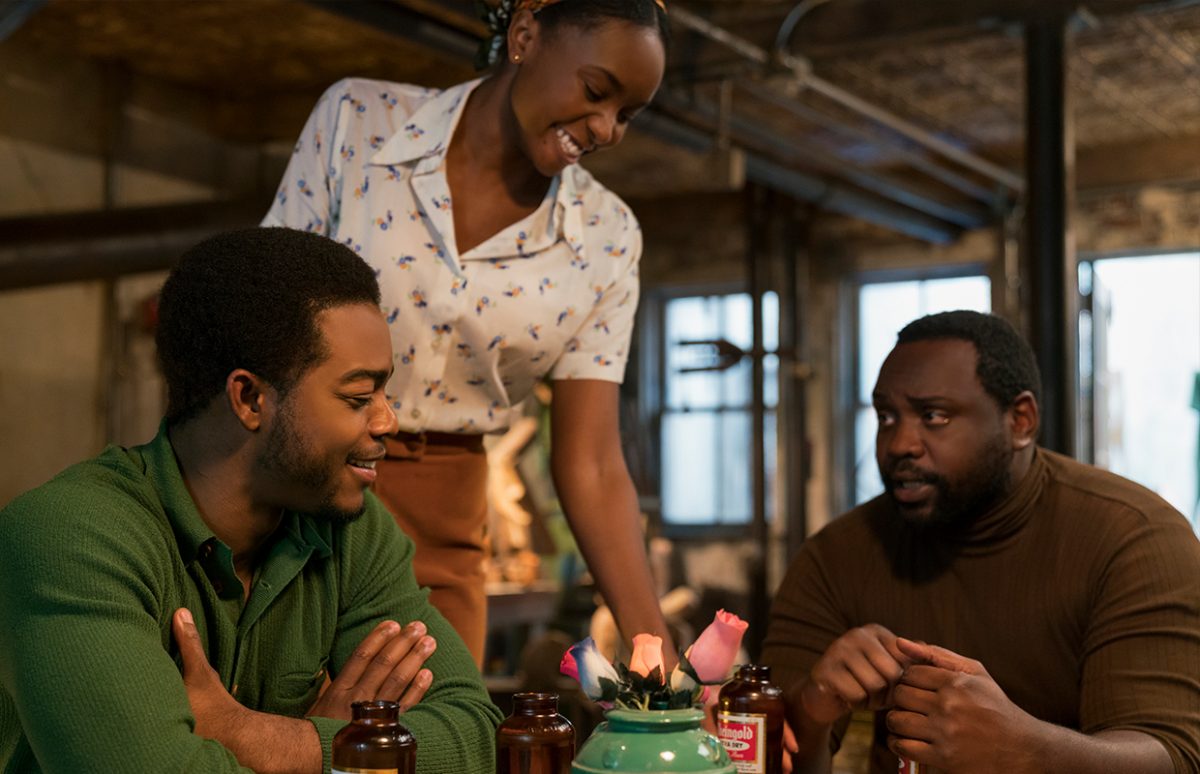 If Beale Street Could Talk, a love story set in 1970s Harlem, is the first English-language film adapted from one of James Baldwin’s novels. This video and interactive book can be used in class to explore Baldwin's work and the film.

It is a romance but also an ode to loving family bonds. And it is a story of injustice as current today as it was in the 1970s, when it was written and set, or the 1920s when Baldwin grew up during the Harlem Renaissance. It was both adapted and directed by Barry Jenkins, who won the 2017 Best Picture Oscar for Moonlight.

The video can be used from B1. You can watch it online below, or download it to use offline. You can also download the transcript.

The video intersperses scenes from the film with interviews with the director and certain actors. From B1, you could ask pupils to understand the outline of the story, using the short scenes and the images: There's a couple — you may want to give their names, Tish and Fonny. They're in love. But Fonny is arrested. (They should be able to deduce this from the scene with the police officer and then the scenes where Tish is visiting Fonny in prison.) And Tish is pregnant. But their families are supportive.

The exchange which opens and closes the video, with Tish and Fonny swapping roles is perfect for working on the present perfect in context:
"You ready for this?"
"I’ve never been more ready for anything in my whole life."

From B1+, pupils can then concentrate on what director Barry Jenkins says about Baldwin and his work.
1'18-1'28: "This book was written between ’68 and ’73. I felt there was a power in the movie taking place in a period 45 years ago and yet still being very relevant today."
1'45-2'12 "The condition of black life... through the characters."

Pupils can be asked to consider the quote, "I love it when intellectual ideas can be pursued through characters." Can they give examples of books, series or films where fictional characters have given them insight into a real situation?

More about Baldwin
The film website has a great interactive book, the LookBook, with a biography and timeline for James Baldwin, including audio and video of the author.