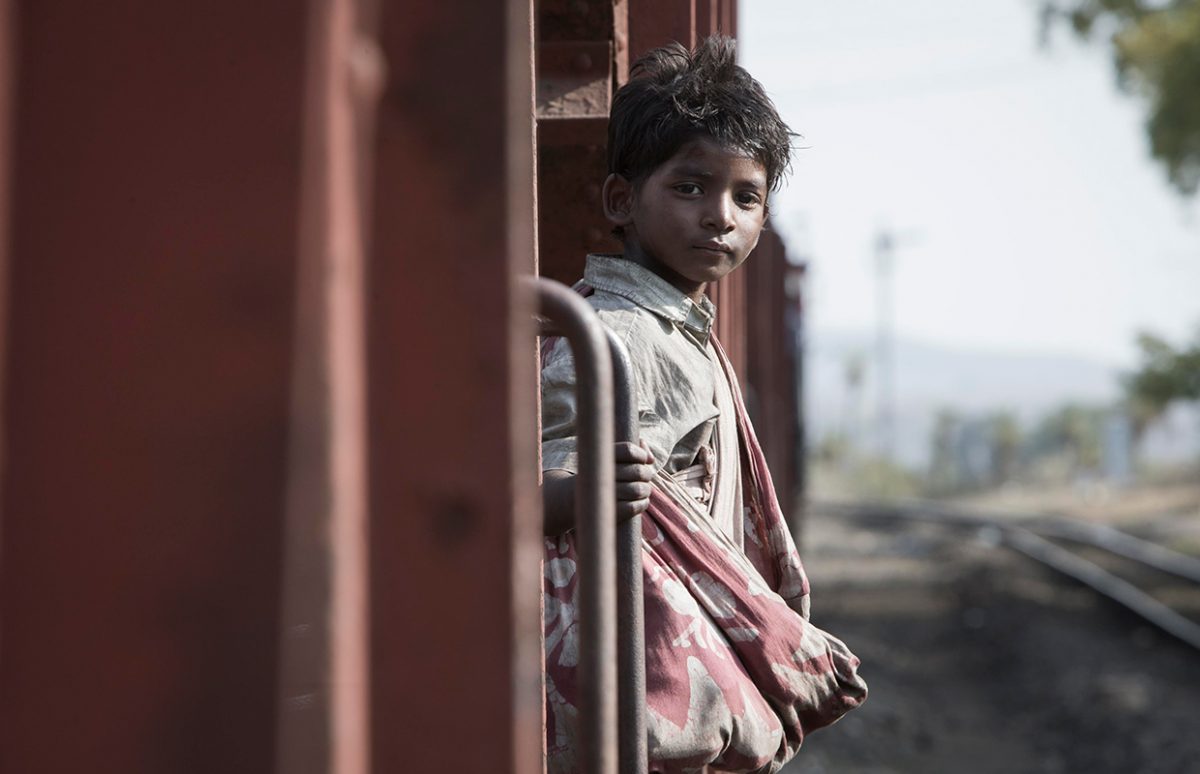 Lion is based on a true story, and these two videos work well together, showing the fiction with the trailer, and the reality, with a Public Service Announcement by star Dev Patel for donations to charities helping lost children in India, like the film's hero, Saroo.

In the film, Patel (Slumdog Millionaire) plays Saroo, a young man living in Australia. He was adopted as a 6-year-old in India, after accidentally getting on a train in his isolated village and finding himself in Kolkata. Despite a happy family life, as he reaches adulthood, he becomes obsessed with looking at Google Earth satellite photos, trying to recognise his home village.

The first minute of the trailer is an excellent introduction to the film's concept or "pitch". Even at A2, pupils should be able to work out Saroo's situation in the first 20 seconds - they should be able to catch "adopted" and  "son" when Patel is drinking champagne with his two white parents (Nicole Kidman and  David Wenham). And as he starts seeing flashbacks of his childhood, again the language is very simple and the images add to comprehension, "I had a mother, a brother..." The next couple of images are in Hindi, with English text onscreen. Then 6-year-old Saroo's terror in the train is easy to understand, as is adult Saroo's, "I have to find my way back home." For A2, you could stop there, as "Based on a true story" comes on screen.

From B1, students should be able to follow the rest of the exposition by combining voiceover, dialogue, on-screen text and the images. With help, they should be able to pick out the speculative questions and statements, "It would take a lifetime to search all the stations in India,"  "What if you do find home and they're not even there?" and piece together what they infer.

The makers of Lion are working with children's charities Magic Bus and Railway Children India to raise money to help the 11 million children like Saroo living on the streets in India. The campaign is called #Lionheart.

This PSA featuring Dev Patel is easy enough for comprehension from A2 and makes a good factual counterpart to the "factional" version of the true story seen in the trailer.