Skip to content
In the News > Uluru to Close to Public 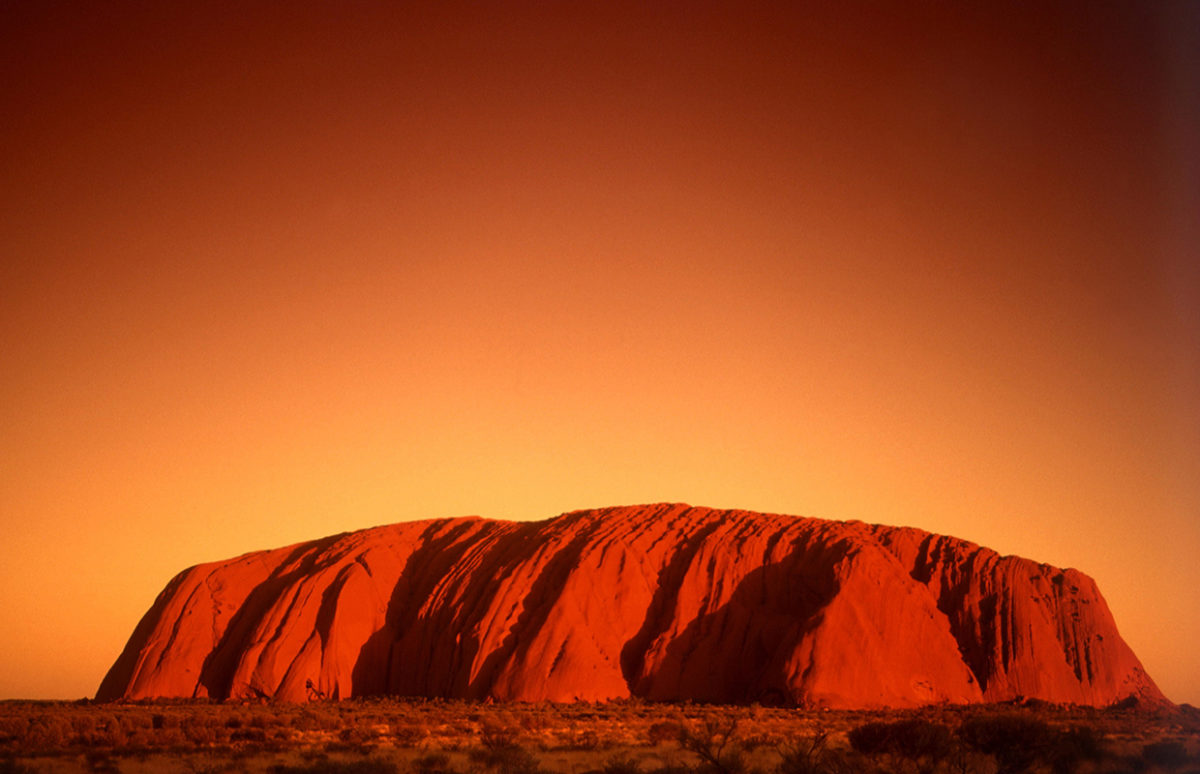 Uluru, the giant rock formation in the Australian desert is often used as a symbol of the country. To its Aboriginal traditional owners, it is sacred. After years of asking tourists to respect their beliefs and refrain from climbing the rock, it is to be closed in October 2019. The local people hope tourists will engage with their traditions instead of seeing a visit to the rock as a physical challenge.

From 1873, the giant monolith was known as Ayers’ Rock after an explorer, William Gosse, was the first European to encounter it. He named it after the governor of South Australia at the time, just as the British colonisers had renamed all the geographical features of the continent they had come across.

Australia is the only Commonwealth country that never signed a treaty with the people who lived in the land before colonisation. The Aboriginal population were not considered landowners in British terms. Yet the different Aboriginal communities had, and continue to have, a deeply spiritual connection with the land and through it to the generations of ancestors who had lived in it.

Aboriginal people were not counted in the Australian census until a 1967 referendum voted to count them, five years after they obtained the right to vote.

Since then, there has been an effort to recognise and right some of the past wrongs, including returning some land to traditional owners. Uluru and its surroundings were returned to the Anangu community in 1979. It is a national park, which the Anangu jointly administer with Parks Australia.

Uluru is in Australia’s Red Centre, arid desert 450 km from Alice Springs, the nearest major town. The Anangu are conscious that tourism is important for the economic survival of their community. They have developed programmes of cultural tourism, sharing their traditions and love of the land with outsiders. They hoped this would help educate visitors, who would freely choose to refrain from climbing the rock, the highest point in the region. Signs in six languages around the rock explain its significance to the Anangu and ask politely for visitors to respect its sacred nature.

Despite this, hundreds of people every day disregard the requests and undertake the climb.

So, in 2017, the park board decided to ban climbing from 26 October 2019, the anniversary date of Uluru being handed back. This gave visitors two years' warning. Numbers of climbers have soared.

In Anangu culture, physical features of the land represent stories of their ancestral beings who created the land. Each family group has particular stories it is pledged to keep and hand down, and each story is associated with a physical feature. Australian Aboriginal culture is believed to be the oldest surviving culture in the world. Surely respecting that is more important than ticking off an item on a “bucket list”?

This theme adds to the sequence on A Gap Year in the Outback in Speakeasy Files 3e: including Aboriginal history and beliefs.