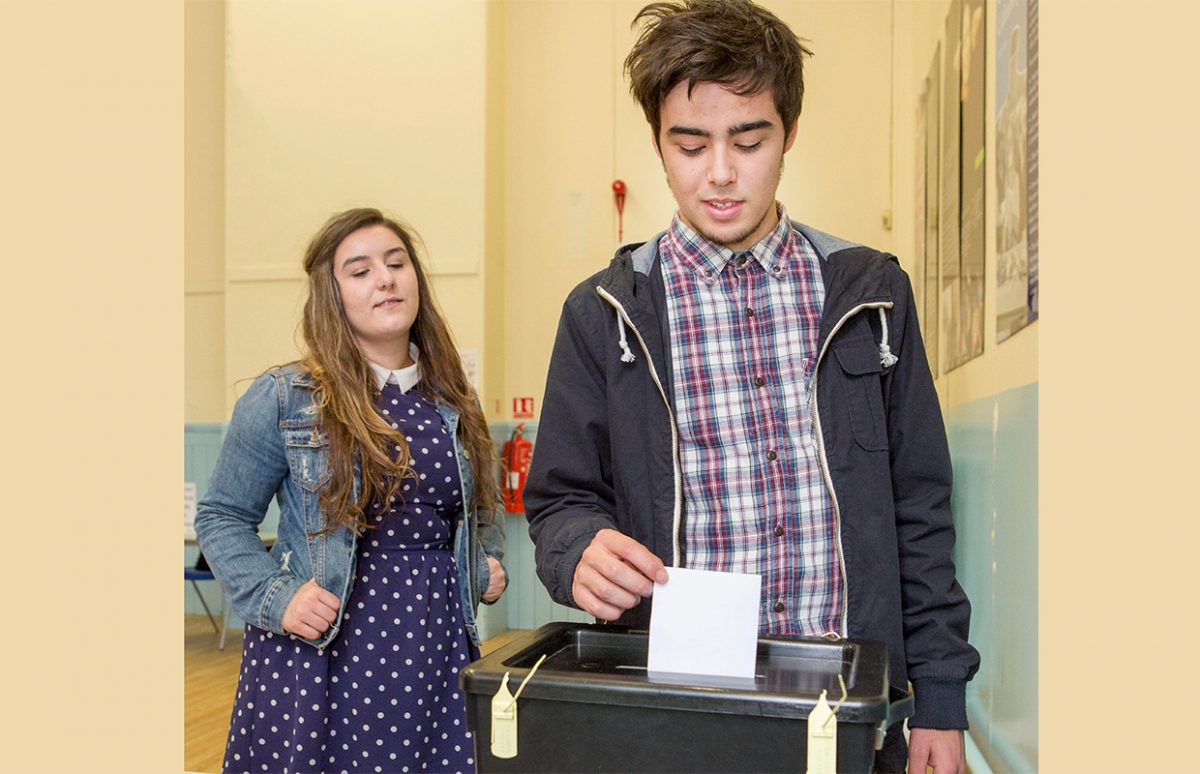 You might think young British voters would be getting jaded after two general elections and a referendum in two years. But on the contrary, young people are signing up to vote in record numbers.

There has been a surge of voters registering to vote since the surprise announcement of the general election. Between Mrs May’s statement on 18 April and 22 May, the deadline for registering, almost three million people applied to register to vote. The age category which led the registrations was the under 25s, followed by the 25-34-year-olds. 246,000 under 25-year-olds applied to register to vote on the final day.

This may seems surprising since young people are those least likely to be registered and that is often seen as a sign of political apathy. According to the Electoral Commission, the body which oversees election, it’s more likely that people who are 34 years old or younger are not registered – it’s around 30% of that population, compared to only 4% of those aged 55 and older who aren’t registered. There are some practical reasons for this. Firstly, those who have turned 18 since the last election and haven’t yet registered. This age group is also the most geographically mobile, likely to have moved for studies or work, and therefore find themselves not registered in the constituency they now live in.

Registration is only the first step. In the last general election, for example, only 44% of 18-24 year olds voted in comparison to 76% of 65+ year olds.

Not in Our Name
Many young voters were surprised and shocked by the Brexit referendum vote. The youngest categories of voters were the least likely to have voted in the referendum, but also the most likely to support remaining in the EU.

The Electoral Commission and different voter registration charities have been turning to social media and commercial partnerships to encourage young people to register, and then to actually vote on 8 June. Facebook sent out reminders to users. Snapchat introduced an election-themed filter and Uber is showing a message to customers while they wait for their car: "not to be a passenger in this election."

Bite the Ballot and The League of Young Voters are both charities created by young people and focused on getting young people engaged in voting. Pop over to our Webpicks to see some of their videos, including one promoting Bite the Bullet’s new app that allows users to check out different parties’ policies on a range of issues that they find important.

Campus Voting
Universities and colleges have joined the campaign to get students to vote. Even before the election was announced, several had been trialling getting students to register to vote at the same time as they registered for University. Sheffield University, for example, has achieved 76% voter registration. College and university students who live away from their family home often have the choice between two constituencies where they can register. With Britain’s First Past The Post electoral system, where each constituency is counted separately, it can allow them to vote tactically, in the constituency where their vote is more likely to make a difference.

Rachael Farrington is a politics and history student at Brunel University in London. She believes that it’s not so much that students are politically apathetic, but that they don’t feel well enough informed, She set up a website, Voting Counts, to give unbiased information about politics. She urges her fellow students to vote. “If there are no votes to be won from young people, politicians aren’t going to make policies that benefit us,” she says.