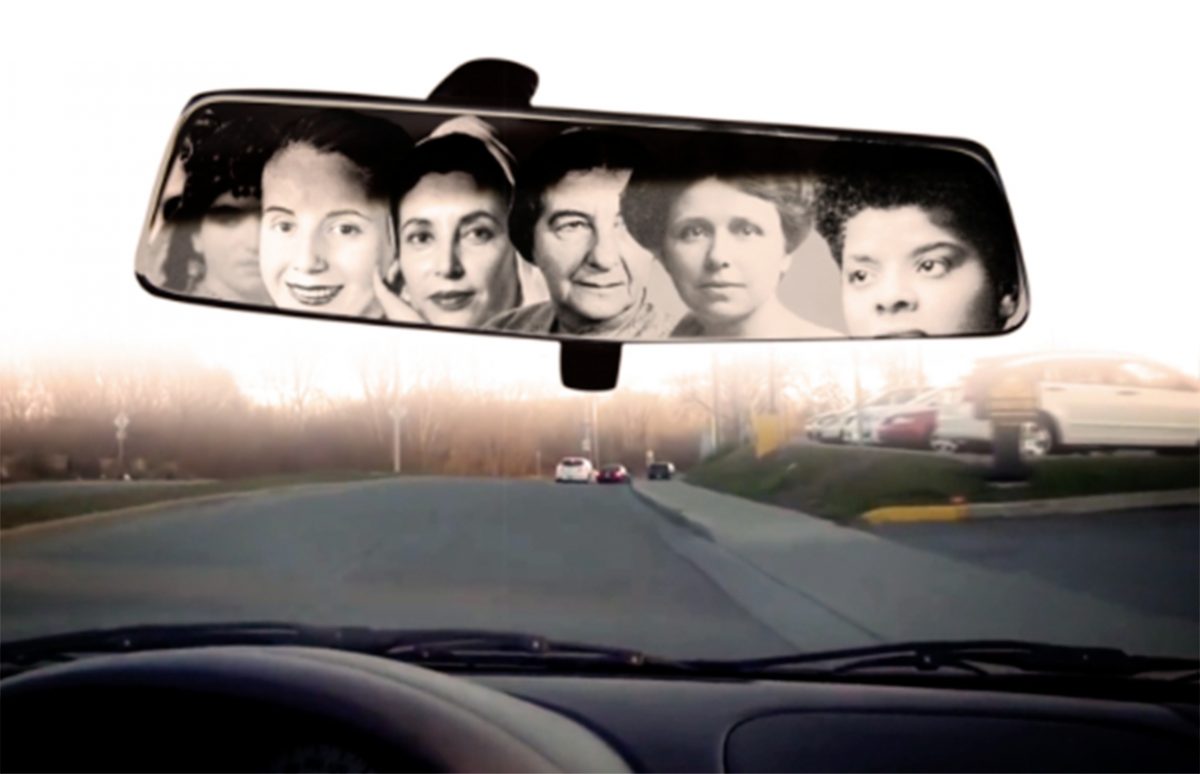 “50/50: Rethinking the Past, Present, and Future of Women + Power” is a free downloadable film and discussion guide about gender balance that is central to 50/50 Day on 10 May. Here are some suggestions for using the film and other resources for a them on women's rights or gender balance.

You can find more information about 50/50 Day in our article.

The film can be streamed or downloaded in Spanish, Arabic, Chinese, French, Hindi and Portuguese as well as English, so it could be used as a cross-curricular resource with your colleagues.

In a language-learning context, it would be difficult to screen the whole 20-minute film (but a French or history-geography colleague might want to screen it in French.) The following extracts are usable individually or together as part of a sequence on gender equality or the representation of different groups in history and our national stories. This fits well into the bac history curriculum: Thème 1 - Le rapport des sociétés à leur passé.

The first minute or so of the film is simple to understand from A2 and raises an interesting discussion point. The filmmaker, Tiffany Shlain, tells how surprised she was in a conversation that there had been  50 elected women heads of state around the world. This was much more than she imagined. And she decided it was time to start telling the story of women's contribution rather than just complaining that we don't have equal, 50/50 representation. This segment can be associated with the final part (18:00-19:35), where we see a succession of images of the female heads of state.

History Herstory
From 2:40 to 5:50, Ms Shlain looks back at prehistory and history, describing how Neolithic times were pretty egalitarian, but that then the power in society shifted towards men. She gives some examples of successful women leaders, many of whom were written out of history by male successors. This fits into a Mythes et héros theme and the cycle Terminale history curriculum and is usable from B1+.

Votes for Women
The section from 8:45 to 9:40 is on women's suffrage in the U.S. Shlain points out that social change is slow through the story of the women who signed the Seneca Falls declaration demanding the right to vote in 1848. By the time women finally did get the vote in 1920, only one of the signatories was still alive. And at 92 she was too ill and frail to make it to the polling station. B1

For more resources on women's suffrage, you will also find an A2+ sequence on Emmeline Pankhurst, leader of the movement for women's suffrage in the UK, in Speakeasy Activities 4e.

And you'll find audio on women's suffrage at B1 level, with accompanying interactive comprehension activities on the Banque de ressources anglais cycle 4. To see the resources, register or log in now.
Then go to:
Audios > B1> Rencontres avec d'autres cultures > Interviews > "Votes for Women". A museum curator describes the women's suffrage movement in the UK. Includes suggestions for an EPI on making a presentation about a woman from history.

50/50 — Everyone Wins
In the 50/50 film, the 30-second segment from 13:00 gives statistics on  inequality, and is followed (13:32-15:45) by a discussion of research showing that equal treatment can improve life for everyone — for example countries which have good gender equality also rank highly on the Global Happiness Index. The small snippet where Canadian Prime Minister Justin Trudeau is asked why he wanted a gender-balanced cabinet is easy to understand and good for discussion. This part would fit into a l'idée de progrès theme, from B1+.

In the News See the related news
> Make It Fifty Fifty