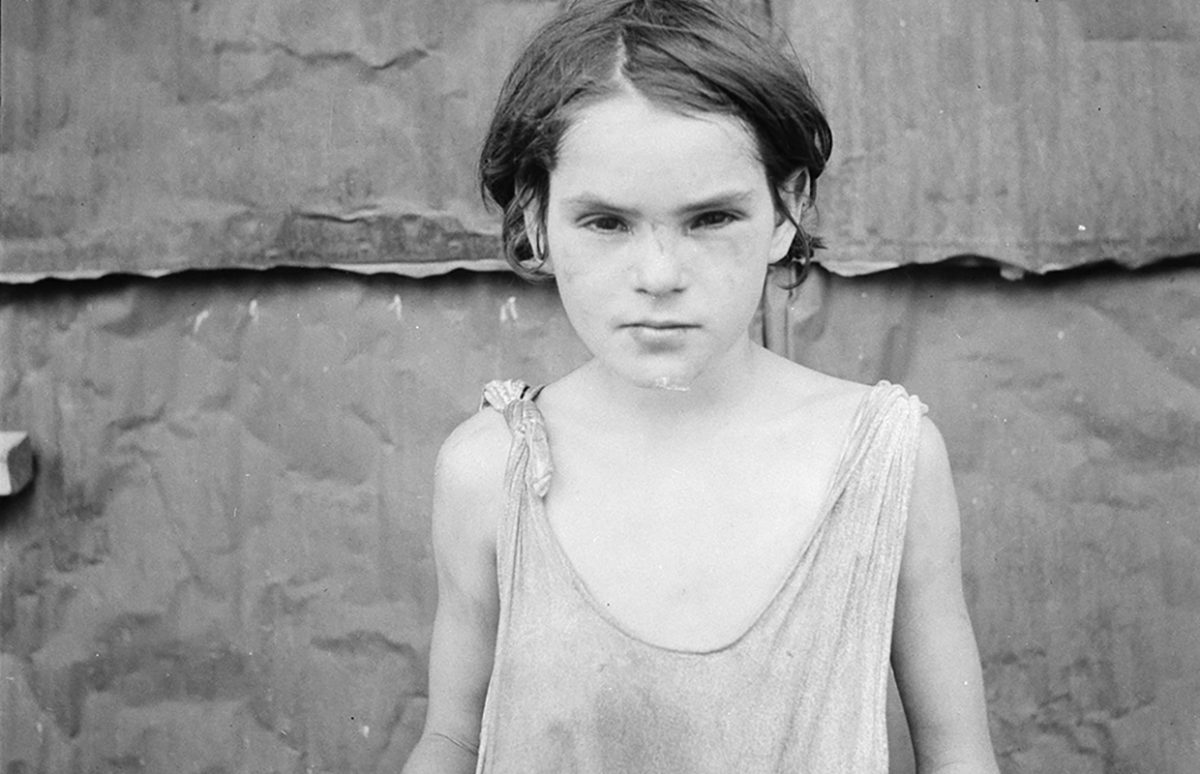 We had so many fabulous entries to our Dorothea Lange creative writing contest that we've chosen 30 winners instead of 10. Here are the winning texts from collège and Seconde pupils, in alphabetical order except where we've regrouped texts about a single photo.

It is been a month now that we have been living here with my mother and my father. I don’t like this new house, it is dirty and dark. I feel like I live in someone else’s house. I cry almost every night in my bed. Dad tells me not to complain. My dad works a lot; when I wake up, he is working in the fields and when I go to my bed he hasn’t returned yet. Also, I helped him to plow, these are the only times when I can spend time with him. One day, he tried to explain our situation to me. I don’t understand everything, except the fact that he must plow land which is not ours in exchange for part of the harvest. I don’t understand why my father can’t recover the bigger part of the harvest. He does all the work. It’s getting hotter here, mom has already fainted several times. I’m afraid for her health. My mom tells me that everything will be better, but I can’t believe her.

Last night, I dreamed of a big house with a lot of toys inside. I would a pink dress and my hair was tied with white ribbon. My parents were smiling, and they seemed happy.

When I opened my eyes, I understood the reality. I can see my body changing because of hunger. My only dress is disintegrating day by day and my smile disappears at the hope of a better life.

We are immigrants. We moved with our family in America three months ago. I had a lot of expectations. As you can see the girl on my left is my twin, Agathe and the girl on my right is Sarah, a friend that we met during our travel from Turkey to America. By the way, my name is Jessica but everybody calls me Jess. I am studying in 4th grade and my school name is Lincoln School.

Right now I am having my English class and I am not able to focus on my lessons. I am often thinking about my life back in Turkey. I was very close to my grandparents and leaving them behind was the hardest thing I have ever done in my life. I have a big family: two elder brothers and one little sister who was born two months ago. My mom had a very tough time during the travel as she was pregnant with my little sister. So my twin and I had to take care of her and cook for my family and we are just nine years old. I was crying every night in my bed.

I feel sad when I think about my brothers who work day and night to earn some money for the family. My dad was not able to come along with us to America as he had to take care of my grandparents back in Turkey. To be frank, Agathe was happy to leave our old life thinking that she could have a better one in America. I don't like changes, and coming to America and leaving Turkey behind was hard for me. I had two possibilities: staying there with my dad or taking care of my mom. I decided to take care of my mom and that was the hardest decision I have ever taken. I always think about the struggles that I have faced since we left Turkey and I wish that all these difficulties will never happen to my little sister...

Laura and Sofia both wrote about Towards Los Angeles, California, 1937.

I am writing this letter to say how life in California has been since the beginning of that terrible economic crisis.

Two days ago, as I was walking around on a country road, I spotted two men walking, with their suitcase in their hands.

I decided to take a picture of them because with the advertising sign for the train next to them I found the whole situation really sad and cruel as I immediately knew that they didn't have any money to afford a train ticket.

I questioned them. They are named Miguel and Lorenzo and they are Oklahoma migrants. They had to leave Oklahoma because the farmer who hired them could not pay their wages any more. They told me that they left Oklahoma three months ago and that they don't have a family of their own. They were going to California because they hoped that life would be better there and Miguel said he wanted a better life for him and his brother but I could see tears in their eyes even if they wanted to hide them from me. After that they confessed that they didn't have any money to pay for train tickets but that they were happy to arrive in California.

They hope they will find a job and buy a house to live happy together in the near future.

I hope everything is okay and that you and Maria are fine.

Your friend and neighbour, Dorothea Lange

Where were they going? Would they ever arrive? He didn’t know. The world was such a vast place, but what did he know about the world? He had never travelled outside of his small village before.  He wasn't a cultured man, who always thought that he would live an easy and simple life: a wife, five or six children (hopefully boys), and an everyday job at the farm. The one owned by the richest resident of their small village in the South. But the rich man lost everything, and the farm became an immense wasteland.

He lost everything. His dreams, his job, and his five future children.

Now, he only had his little bag, his hope and this stranger he found in a bar one night.

The man told him the world was falling apart, that God was angry. He believed him: only God could curse them like that. And now, they had to survive and atone for their sins.

So he walked, toward Los Angeles, next to this strange man who constantly retold strange stories about a near future where a war would divide the whole world - but what did they know about the world?

He only knew this road, and Los Angeles, where everything would get better.

I can feel the sun through my old coat, it’s been hours that I have been trying to sleep in the middle of this road. The ground is hard and wet. My friend Bob is lying too and his coat is even thinner and shorter than mine. I can hear him coughing regularly. I feel so tired, so desperate, so sad.

I had a farm in Kansas last summer. It was not a big farm, but we were living there fine with my wife and my children. Bob was living not far away, with his old father and we were helping each other with the field work. Last summer, in 1933, we had a severe drought. The crops all died, all was lost. Then a dust storm arrived from the East and lasted three days. We were stuck inside. The farm was half buried and all the poultry and our only cow died. What was to do? Bob's father died during a storm. We decided to go to California. We had heard that we could find a job over there. California is far. The road was long and hard. One of our kids died. We had to sleep in some camps, near the road. We had almost nothing to eat and drink. I left my wife and my children who were too exhausted near an orange farm not far from San Francisco city. I decided to go on with Bob to find a job. All is closed. They say they will open in the afternoon. Bob and I have nowhere to go and no money. We must wait here.  Oh! How long?

1933
I was travelling through California to see Paul Taylor, an economics professor of the University of California.

When I arrived there one early afternoon, I saw a community of men, regrouped around a building. I don’t know why this intrigued me so much but I went to see what was going on. Curious, I went to a man and asked what was going on. At first, he looked at me confused and annoyed, but then he told me all these men were waiting for a piece of bread. I felt worried but also shocked. I was submerged by questions in my head. I could hear men moaning at everybody, and felt so bad. How could I possibly let people as younger as me suffer like that? It was a horrible sight, as terrible as seeing a person getting beaten in front of me. All around me, it smelt people who seemed to have not washed for a month! I thought it was awful so I decided to photograph it and bring the plight of ordinary Americans into public view. I hope people will understand I took the picture to raise awareness and allow fraternity.

Toward Los Angeles, California, 1937 © The Dorothea Lange Collection, the Oakland Museum of California

All other images: Library of Congress