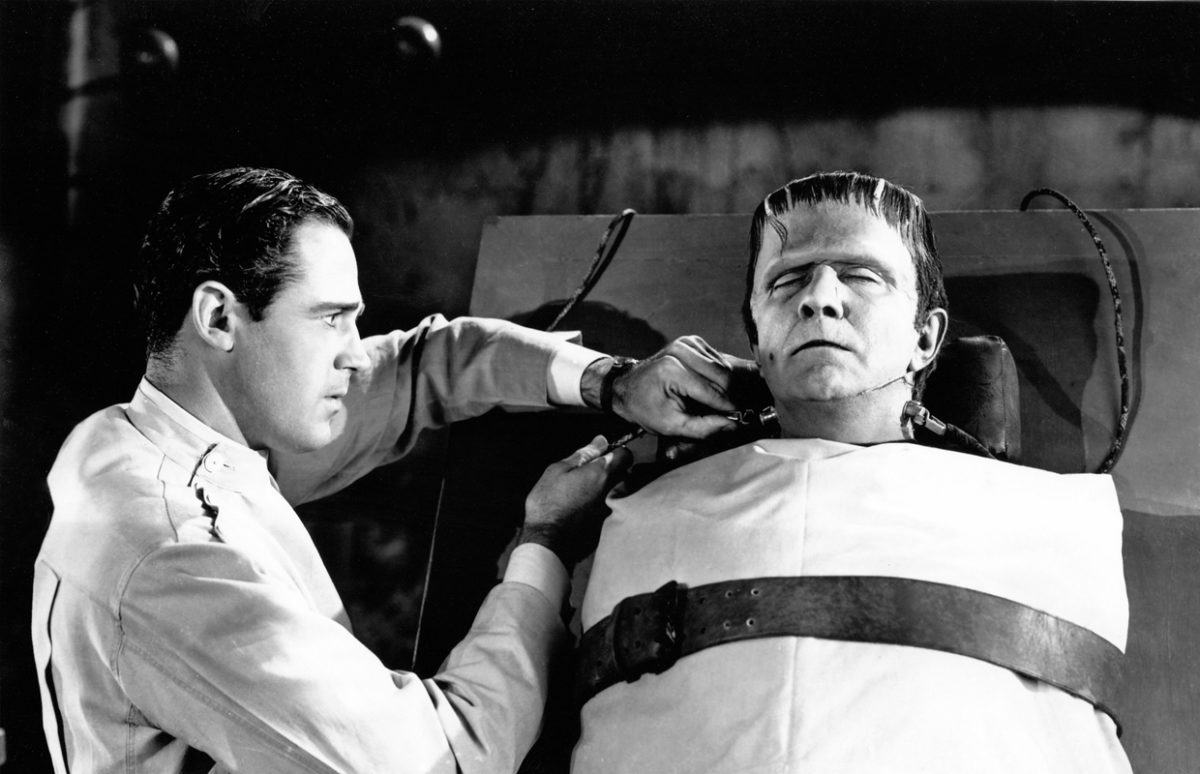 Frankenstein was published in 1818, written by a very unconventional young woman. Its genesis is as intriguing as its lasting influence.

Without a volcanic eruption, Frankenstein and the vampire fiction genre may never have seen the day. In 1815 Mount Tambora in Indonesia erupted violently, in the largest and most deadly eruption recorded anywhere in the world till that date. It projected huge quantities of ash into the Earth's atmosphere and is believed to have been the cause of bizarre meteorological conditions around the world: 1816 was dubbed "the year without a summer". Crops failed across the globe, leading to famine.

We know the cause of the bad weather now, but at the time it must have seemed almost biblical, with torrential rain and storms.

English Romantic poet Lord Byron had invited several literary friends to spend a summer holiday in his villa on Lake Geneva. But instead of swimming, sailing and picnics, his guests were confined inside by the appalling weather. To occupy them, Byron suggested a writing competition. As they sat around in flickering candlelight, listening to the storm rage outside, the obvious topic seemed to be ghost stories.

Byron's guests were illustrious and unconventional. Percy Bysshe Shelley was already a recognised poet, but he was travelling not with his wife but with his lover, Mary Godwin, with whom he had eloped when she was just 16, and their son, William. Percy and Mary would marry later that year, after his wife committed suicide. Mary was still only 18, and the daughter of two intellectuals. Her father, William Godwin, was a journalist and political philosopher. Her mother, Mary Wollstonecraft, was an early feminist and author of A Vindication of the Rights of Woman, but she died a few days after Mary's birth.

Also joining the party was John Polidori, Byron's doctor, who was able to add his knowledge to the writers' discussion of recent scientific advances such as galvanism: Italian physicist Luigi Galvani had discovered that if you applied electricity to muscles, they could be stimulated to move, even in dead bodies.

Mary Shelley described later the effect their discussions about bringing the dead back to life had on her:

"Night waned upon this talk, and even the witching hour had gone by before we retired to rest. When I placed my head on my pillow I did not sleep, nor could I be said to think. My imagination, unbidden, possessed and guided me, gifting the successive images that arose in my mind with a vividness far beyond the usual bounds of reverie. I saw – with shut eyes, but acute mental vision – I saw the pale student of the unhallowed arts kneeling beside the thing he had put together. I saw the hideous phantasm of a man stretched out, and then, on the working of some powerful engine show signs of life and stir with an uneasy, half-vital motion …"

This dream — or nightmare — led to the writing of Frankenstein, which would be published in 1818.

The general obsession with death and the undead also led to Polidori writing a novella entitled The Vampyre, based in part on poems by Byron, and folk stories Byron recounted from his wide travels. The Vampyre would become one of Bram Stoker's inspirations for Dracula.

So that dark, stormy summer led to the creation of two of the most enduring figures in gothic and fantastic literature: Frankenstein's monster and the vampire.

Frankenstein Lives On
In this short  video, Stephen Graham Jones, creative writing lecturer at the University of Colorado Boulder, and horror fiction writer, discusses the lasting legacy of Frankenstein. Gothic Literature
The Give me five 4e textbook has an EPI project on Gothic literature, which can work in combination with this theme
Download a sample double-page here.