Skip to content
What's On > Murder in the Bookshops 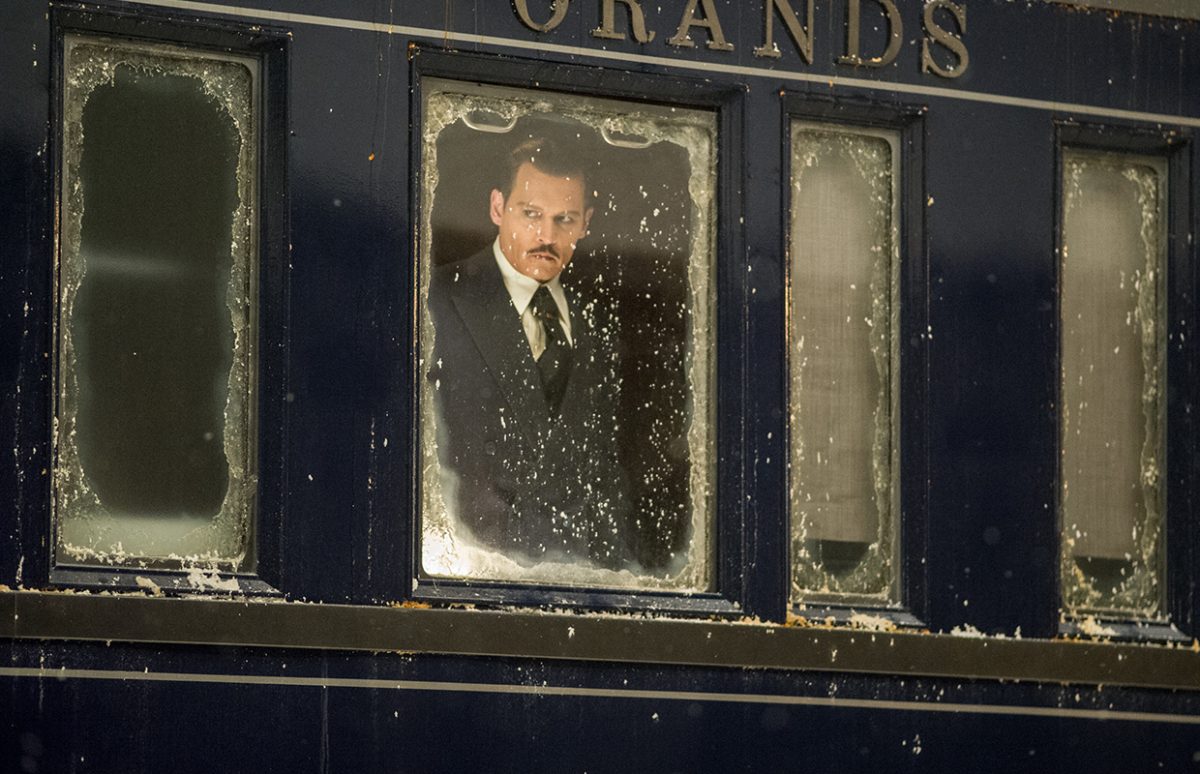 As the latest film adaptation of the Agatha Christie classic Murder on the Orient Express hits our screens, Alison Bouhmid investigates women thriller-writers’ works, spanning a century of mystery writing.

It is undeniable that British women writers have consistently been attracted to and excelled in detective fiction (though the genre was invented by a man, Wilkie Collins, in The Moonstone, 1868). From the so-called golden age writers, Dorothy L. Sayers and Agatha Christie, to the post-war “Queens of Crime”, P.D. James and Ruth Rendell, right up to contemporary writers like Mo Hayder and Sophie Hannah, there have been best-selling women crime writers for almost the past 100 years. Christie‘s And Then There Were None (1939), with 100 million sales to date, is the best-selling mystery ever, and Christie herself is the best-selling novelist of all time! Might Christie’s phenomenal success explain the attraction of this genre for so many women writers? These authors were, or are, extraordinarily productive. Agatha Christie wrote over 60 detective books, and Ruth Rendell wrote over 50 in a career spanning 50 years before her death in 2015. In the younger generation, Sophie Hannah has written a crime novel year since her first, Little Face, appeared in 2006. She has now taken on Christie’s mantel, and written two new Hercule Poirot novels, The Monogram Murders and Closed Casket.

The fondness of the British reading public for these literary ladies of crime can be attested to by the fact that Christie, PD James and Rendell were all decorated by the Queen. Hence these authors are themselves as much part of the Establishment as their books or their characters. The archetypal setting for the early English detective novels is the country house. The world that is represented is the cosy, cosseted world of small English villages. Vicarages, afternoon tea, servants, genteel routines… they are all instantly recognisable to the reading public, which was essentially female (via lending libraries).

In Christie’s The Mirror Crack’d from Side to Side (1962), the American film star who has bought an English country house has come there in search of a pastoral idyll. “...We’ll adopt the English way of life. We’ll have afternoon tea... and we’ll look out of the window on those lawns and that English herbaceous border”, the implication being “we will be better people”.

The irony is that it is in this bucolic country house that the crime will be set into motion. Although this “privileged fantasy-world” was disappearing even as Christie and Sayers wrote about it, its depiction played upon nostalgia that comforted the reader, who lived in a more violent and unpredictable world. As Raymond Chandler said in The Simple Art of Murder (1944): “It would be fun to read it, even if I did have to go back to page 47 and refresh my memory about exactly what time the second gardener potted the prize-winning tea-rose begonia.”

Since then, the crime novel has left the confines of the country house, moving from the library to the streets and wastelands of a post-industrial world.

Noble to Hard-boiled
Since the first fictional sleuth, Edgar Allen Poe’s Auguste Dupin, appeared in short stories in 1840 – two years before the first real detectives were appointed by the London Metropolitan Police – the detective has been crucial to the effectiveness of these novels. During the golden age of detective writing (between the two world wars), the detectives – direct descendants of Sherlock Holmes – were very much the moral superiors of the criminals that they were investigating. There was no doubt concerning who was right and who was wrong.

Sayers’ aristocratic, foppish Lord Peter Wimsey’s most important traits are that he is “a gentleman and a scholar”. Sayers also liked the idea of a female detective. In Gaudy Night (1935), whilst Wimsey is still the hero, Harriet Vane, a detective-story writer, is instrumental to the enquiry at Oxford’s imaginary all-female Shrewsbury College. The sensibilities of these early detectives can be considered a declaration of the author’s and readers’ own social and cultural superiority.

The detectives have, over time, changed considerably in nature. P.D. James’s detective, Commander Adam Dalgliesh – a published poet who shares Wimsey’s highly cerebral approach to detection – is nevertheless a professional member of the police force.

So too is Rendell’s Detective Wexford, a more sociable individual than Dalgliesh. He is married, and has two daughters. As British society became less parochial, so have the detectives. Women detectives appear more and more as real-life women have become accepted into this hither­to macho brotherhood.

The first one, arguably, is P.D. James’s private eye Cordelia Gray, in An Unsuitable Job for a Woman (1972), who appeared in only one other novel. More successfully, D.I. Kate Miskin was introduced as part of Dalgliesh’s team in A Taste for Death (1986).

Whilst detectives have become less stereotyped, they have also become darker, more shadowy figures than their sometimes two-dimensional, morally superior ancestors. In Mo Hayder’s Gone (2010), readers encounter Sergeant Flea Marley, sniffing the cadaver she has hidden to cover up her brother’s hit-and-run incident, periodically checking its stages of decomposition. The central villain of the novel, who carjacks children and abuses his family, turns out to be a member of the police force. Hayder’s main hero, Detective Inspector Jack Caffery, whilst still a good guy, is a highly ambiguous figure. He is obsessed with the paedophile he thinks responsible for the death of his brother. At the end of Birdman (2001) he actively speeds the villain towards his death. The reader is told that Caffery’s choice is, “­self-preserving... He had killed and not confessed – he was now the predator who knew his quarry. He could stand upright and invisible in the killer’s own amphitheatre.” In, Hanging Hill (2011), the detective, Zoë Benedict, is a self-harming ex-stripper, and the tale hinges around her relationship with her sister, whose hand she broke when they were children. This moral blurring is a reflection of a more and more complicated modern world indeed.

Whodunit?
The idea of a puzzle to be solved remains central to the genre. In the earlier novels, the notion of fair play was essential. Readers were given clues in order to provide them with a fair chance of solving the crimes, although a number of red herrings were usually planted within the plot. Murder was relatively straightforward, by poison, a single stab wound or bullet. The victims had often done something to deserve death, and the suspects that were killed off during the course of the story met their fate because they had found out who the killer was. In the modern version, death has become multiple and random due to the appearance of serial killers and child abusers. The detectives are often involved in a race against time to prevent other crimes from being committed. This contrasts strongly with the unrushed, leisurely rhythm of the earlier novels.

Whydunit?
Before, crimes always had an explanation – albeit a far-fetched one – and the novels were based upon a structure of cause and effect. But the centre of interest gradually shifted as writers like P.D. James began to concentrate more on the why, emphasising psychological suspense. Serial killers and murderers who do not necessarily act in a rational manner sometimes make it virtually impossible for modern readers to guess who did it. In Hayder’s Birdman, two necrophiliacs are committing atrocities, so that when one has been caught, the crimes unexpectedly continue. This novel contains ultra-graphic scenes of violent rape and torture, a far cry from the golden-age murders, which mostly took place off stage. Like many contemporary serial-killer novels, Birdman lays the blame firmly at the door of the repression and subsequent perversion of male sexual urges.

The Mirror Crack’d
All of the novels considered have in common complex, artificial plots — a quality underlined by the means of copious quotes and literary references, names of characters or titles. One example out of many, is Christie’s The Mirror Crack’d from Side to Side (1962). The title, a line taken from Tennyson’s poem “The Lady of Shalott”, not only provides a clue to the identity of the murderer, but also explicitly recalls the genre’s origins in Victorian fiction.

This consciously literary quality continues in more recent works: Hannah’s Inspector is called Proust; her D.C., Simon Waterhouse, re-reads Moby Dick regularly, and the title of one of her novels, A Room Swept White, is a quotation from a poem by Fiona Sampson. Hannah, like Dorothy L. Sayers, is also a published poet.

In The Other Half Lives (2009), Hannah makes it explicit that she places herself within a literary tradition. One of the characters, commenting on a painting, describes the two lines repeated therein:
“By the pricking of my thumbs
Something wicked this way comes.”
William Shakespeare, via Agatha Christie.

It’s as if, in the words of Richard Bradford in The Novel Now, authors are, “Deploying literary craftsmanship as an antidote to the abomination of violence and death.” By transforming violence into literary artefact, into a puzzle that can be solved and put away, readers are absolved of guilt for the prurient thrill that comes from having read unmentionable horrors.

So in fact, far from being ‘an unsuitable job for a woman’, writing crime fiction has proved to be both lucrative and satisfying. Women have excelled in the field and will doubtless continue to have a significant and undeniable role in developing the genre. Perhaps the last word belongs to P.D. James, whose Death Comes to Pemberley (2011) is a sequel to Jane Austen’s Pride and Prejudice in detective novel form. It perfectly upholds James’ tenet that, for the detective novel, “the contrast between respectability and planned brutality is of the essence. I think contrast does intensify horror.... but the main attraction isn’t the horror, it’s the puzzle, the bringing of order out of disorder.”

After many years teaching in college, Alison Bouhmid teaches English Paul Valéry University in Montpellier.
She is an avid reader of British crime fiction and has turned her hand to writing it.