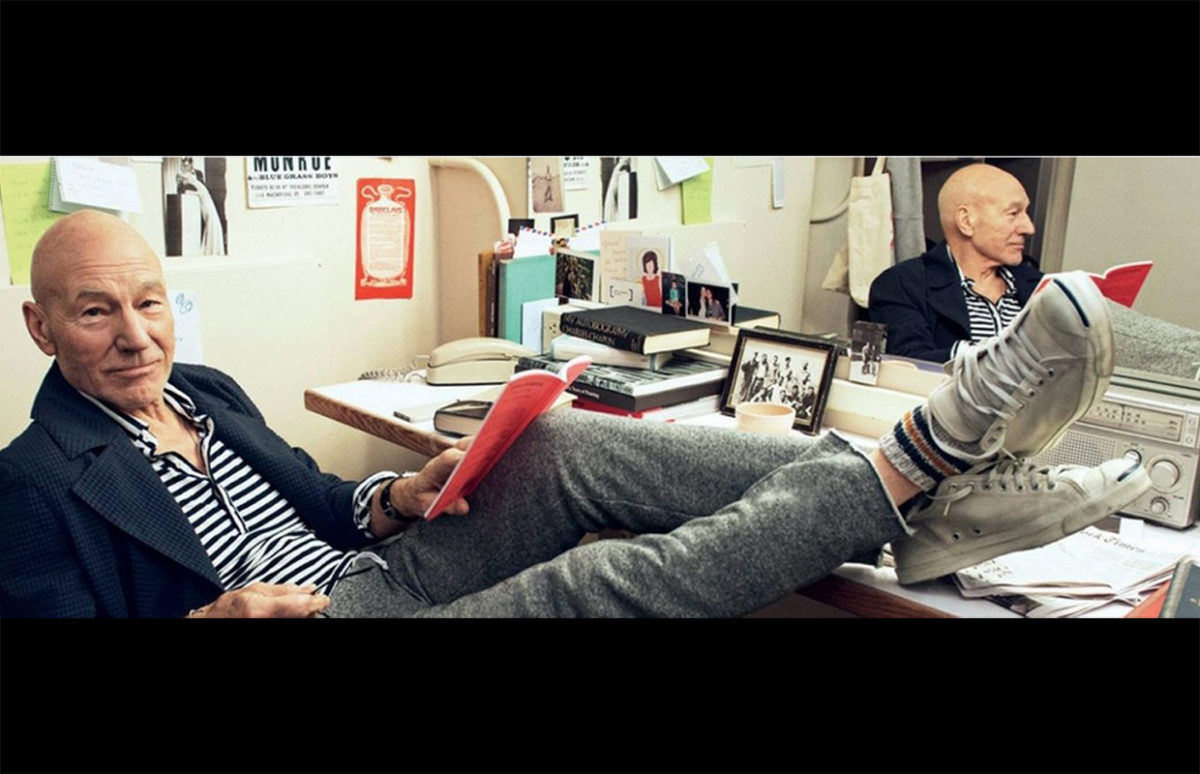 You may know him best as Captain Picard in the series Star Trek, or Professor Xavier in the X-Men films, but Sir Patrick Stewart is a classically trained actor who was a member of the Royal Shakespeare Company for 16 years. Currently in lockdown in Los Angeles, Stewart decided to start reciting a Shakespeare sonnet a day and posting the videos on social media.

What better way to celebrate the Bard's birthday than with one of his 154 sonnets, which were published in 1609, during one of four outbreaks of the bubonic plague that closed London's theatres during Shakespeare's career.

Sonnet 1
From fairest creatures we desire increase,
That thereby beauty’s rose might never die,
But as the riper should by time decease,
His tender heir might bear his memory;
But thou, contracted to thine own bright eyes,
Feed’st thy light’s flame with self-substantial fuel,
Making a famine where abundance lies,
Thyself thy foe, to thy sweet self too cruel.
Thou that art now the world’s fresh ornament
And only herald to the gaudy spring,
Within thine own bud buriest thy content,
And, tender churl, mak’st waste in niggarding.
Pity the world, or else this glutton be,
To eat the world’s due, by the grave and thee.

Sonnet 16
Let me confess that we two must be twain,
Although our undivided loves are one:
So shall those blots that do with me remain,
Without thy help, by me be borne alone.
In our two loves there is but one respect,
Though in our lives a separable spite,
Which though it alter not love's sole effect,
Yet doth it steal sweet hours from love's delight.
I may not evermore acknowledge thee,
Lest my bewailed guilt should do thee shame,
Nor thou with public kindness honour me,
Unless thou take that honour from thy name:
But do not so, I love thee in such sort,
As thou being mine, mine is thy good report.

And if you'd like to see Sir Patrick Stewart in a more familiar role, check out Star Trek: Picard!