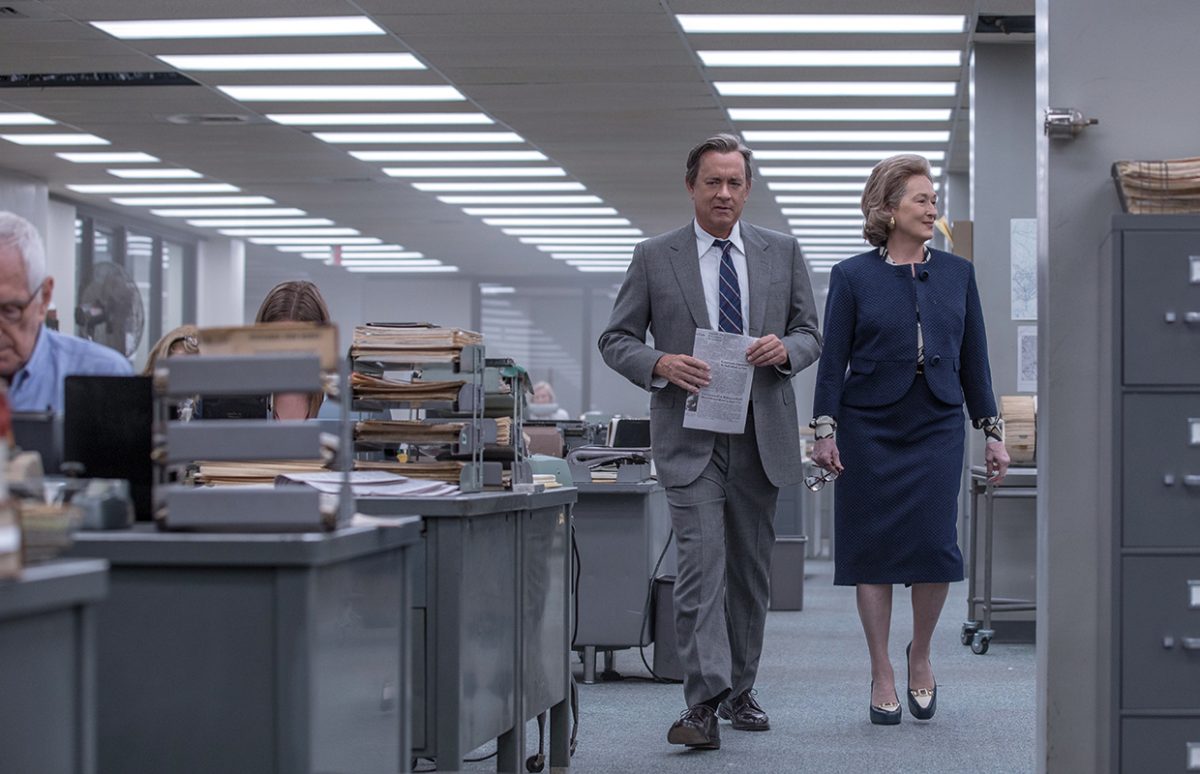 The Steven Spielberg film The Post, starring Meryl Streep and Tom Hanks, is an excellent resource for working on the press and the media as part of éducation aux médias. It would work very well with the theme for this year's Semaine de la presse à l'école:  Where does the news come from?

The Semaine de la presse à l'école is from 19 to 24 March. You can sign up until 7 February, and there is a downloadable teaching pack.

The Post and other films can be used for a sequence with B1-B2-level students on the theme of Lieux et formes du pouvoir.

The trailer for The Post is quite telegraphic. Its difficulty isn't linguistic, but in the cultural references it requires (knowing who Nixon was, references to the Vietnam War, the Pentagon, etc.)

A good approach is to start by showing the trailer without the sound, so pupils can focus on collecting visual clues:

After a group discussion to connect the clues and construct hypotheses, you can show the trailer with sound to help confirm or contradict their hypotheses.

At the end of this process, they should have been able to establish the main issues in the trailer, which can form the basis of a discussion: that the context is a newspaper, and that the people who own it and work there have to decide whether or not to go ahead and publish articles based on "government secrets" about the Vietnam War. If they do publish, they face the risk of making the newspaper bankrupt, and legal action.

Pupils can try to find examples of similar situations – such as Wikileaks, Edward Snowden, the Panama and Paradise papers. And they can discuss what they would do.

Beyond The Post
Several other films – documentary or fictionalised versions of true stories – can be used on the same theme. Pupils can be asked to compare and contrast the trailers and/or the situations.

All the President's Men (1976)
As a direct result of the Pentagon Papers affair, The Washington Post was in a position to investigate the Watergate scandal the following year. This classic film stars Robert Redford and Dustin Hoffman as Post reporters Bob Woodward and Carl Bernstein. It is based on their Pulitzer-prizewinning book about the Watergate investigation.

Citizenfour
Citizenfour is a documentary about NSA whistleblower Edward Snowden and how a syndicate of investigative reporters worked with him to check out and finally publish stories based on the documents he leaked illegal surveillance of citizens in the U.S. and around the world. It also shows the consequences for Snowden, as he is forced into exile.

Spotlight (2015)
The 2016 Best Film Oscar winner tells the true story of how The Boston Globe uncovered the massive scandal of child molestation and cover-up within the local Catholic Archdiocese.

What's On See the related news
> Publishing the Pentagon Papers