Skip to content
What's On > Shakespeare on a Table 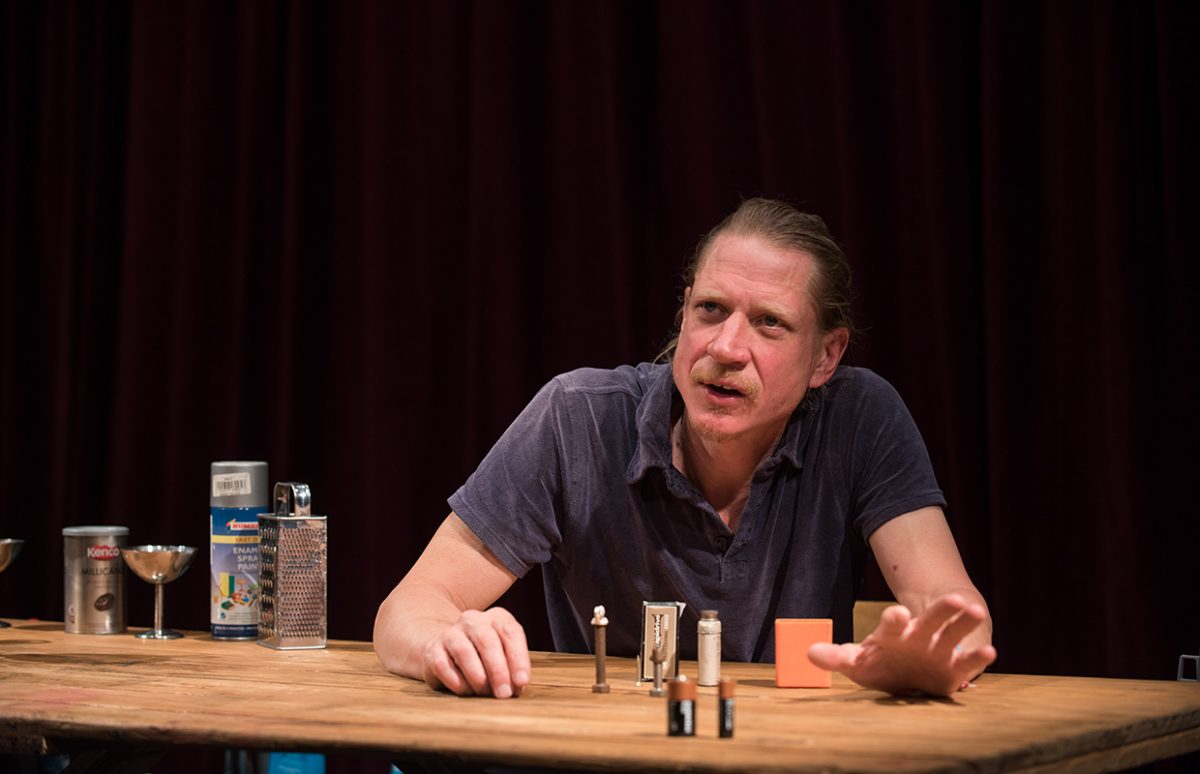 Shakespeare may be known for his soliloquies, but it's quite a challenge to present each of the Bard's plays with one single actor plus a selection of household objects. Table Top Shakespeare is being performed as part of Paris's Festival d'automne.

We've all done it. You're telling a story at the dinner table and feel the need to help your listeners really visualise the situation. The table turns into a football pitch, the salt and pepper into players. The sugar bowl becomes a roundabout and a fork and knife the cars the narrowly missed hitting each other....

Sheffield-based theatre company Forced Entertainment has applied the same technique to Shakespeare. Not just one play, but all 36, each summarised in under an hour by a sole actor.

It's a fascinating exercise in storytelling, bringing a story to life. Whether that is a familiar one like Hamlet or Romeo and Juliet, or one of the less-performed plays like Henry IV or Cymbeline.  It could make a great language teaching activity, too: telling a tale with the aid of simple props.