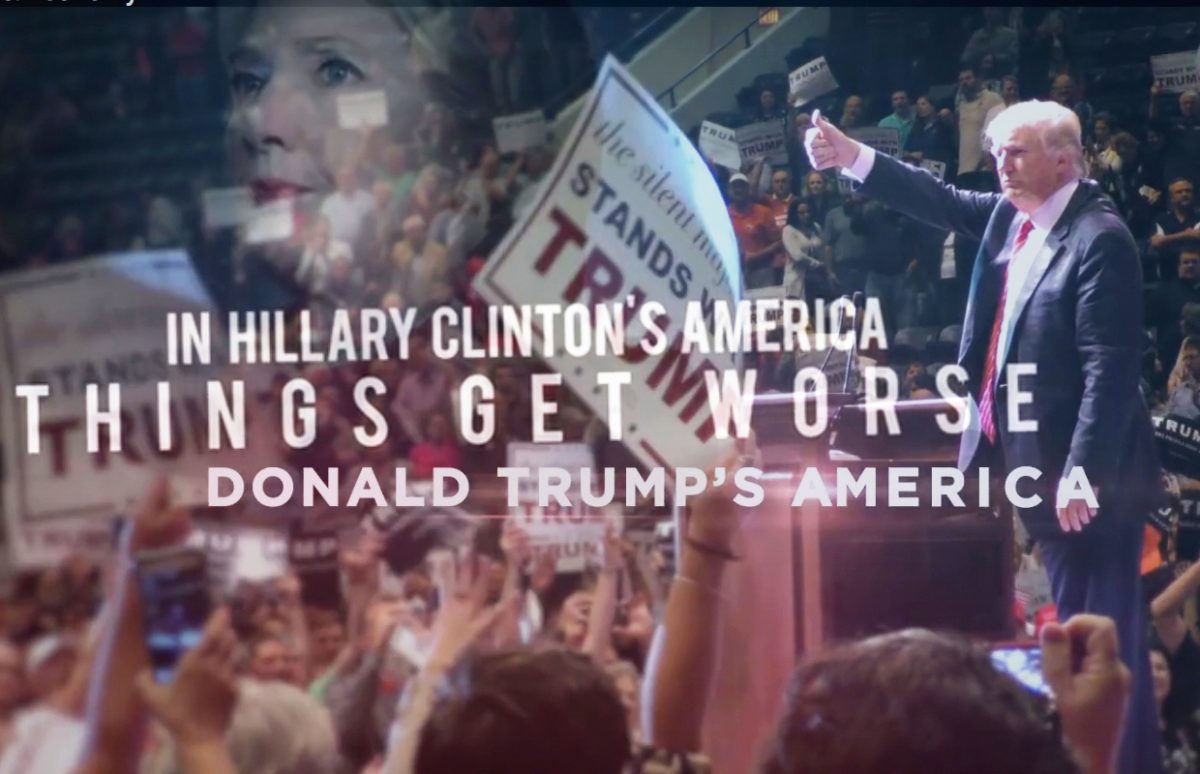 Television adverts, as opposed to the the carefully regulated "party political broadcasts" more common in Europe, are an intriguing aspect of American politics. And they are a fabulous teaching tool, giving an insight into American culture, and perfect for educating your pupils about the media.

Pupils should pick up details that repeat from one ad to another , which are legal requirements. The statement "I'm Donald Trump/Hillary Clinton and I approve this message", and the logo "Paid for by…"

Hillary Clinton's campaign site has a YouTube Channel with all her ads – over 70 and counting.

Donald Trump's campaign site has a category for ads, which currently has no content. In the primaries, Trump spent almost nothing on advertising, relying instead on getting free airtime on news broadcasts thanks to his often provocative statements. Team Trump does have a YouTube Channel, where you can quickly see they are working to a theme. There is a whole series entitled "Lie" 1-10.

For both Clinton and Trump, a good place to find ads in the press release section of their website, where there are extra details and sometimes scripts.

Almost all of Hillary Clinton's ads have not exactly subtitles but the text appears onscreen. So they aren't really usable as listening comprehension (unless you hide the image). It would be interesting to ask pupils why they think there are the subtitles. (Probably to make the message clearer to voters who have listening difficulties or for whom English isn't their first language.)

Attack Ads
This is a genre typical of U.S. election ads — an advert not FOR the candidate who is paying for it, but AGAINST their opponent.

This is the Clinton campaign's response to the recent scandals around Donald Trump, both financial and sexual. The beginning is difficult, at least B2 level , as it is a series of short snippets of Donald Trump speaking in voiceover, with no help from the images. The point is to pick out key words – that's all that native speakers would do while watching. Then the Clinton part is clear, and has her on camera.

This ad is simple enough for B1. The key points appear in text. In the first half, it attacks Clinton, in the second, shows a rosy picture of what life would be like in Trump's America. It would be interesting to ask pupils if there are any actual policies mentioned, or any reasons given why Hillary Clinton wouldn't keep the promises she has made.

In this ad, on economics, there are references to what the ad says are Clinton's policies. See if pupils can spot the references on screen to where the quotes come from. The language in this one is very simple, especially in the part about Trump's promises. Depending on your point of view, that could be because the campaign believes its voters can't understand more sophisticated language, or that they are excellent communicators who have adapted their communication to the medium.

With advanced students, particularly those in ES, you might want to show them the press release which accompanied the release of this advert, which contains more details about the policies and the accusations.

This begins with a snippet of Trump saying he doesn't think former Republican Presidential candidate is a war hero because he was a prisoner of war. Then it pulls out to show a veteran of POW camps in WWII watching the Trump interview and reacting. The Trump part in particular is B2 level because the interviewer keeps cutting over Trump and vice versa.

Ads Aimed at Specific Voter Groups
You could also include the one aimed at veterans above in this category.

The video below is usable from B1. It would be ideal to just show this ad with no explanation and see what pupils' reaction is. They may or may not recognise some of the names quoted at the beginning (Trayvon Martin, Sandra Bland, Freddie Gray, Philando Castile), who are all African Americans who have died and suffered injustice at the hands of the justice system, and whose cases are part of the Black Lives Matter campaign.

This ad works well combined with the one aimed at African-American voters, or the Obama endorsement. It features actor Selma Hayek encouraging Latino voters to vote Clinton "because they owe it to the undocumented immigrants who don't have a voice". In Spanish with English subtitles. It's fine at B1 since the point isn't so much detailed comprehension but to discuss the fact that there are ads for specific groups, ads not in English, and endorsements by celebrities.

Endorsements, Celebrities and Families
You could also include the one with Selma Hayek above in this category.

This is a good example of endorsement by a popular figure – here President Obama endorsing Hillary Clinton. It's quite long – over 3 minutes. It's useful for global comprehension from B1 – some of the abstract concepts can be glossed over. It gives a nice summary of Hillary Clinton's situation – it mentions the 2008 primary campaign which opposed her to Barack Obama and her role as Secretary of State in the Obama administration. President Obama also thanks and congratulates Bernie Sanders, so it's a good overall summary of the situation.

This is typical of another type of U.S. election campaigning. This ad features Ivanka Trump, Donald's daughter, campaigning for her father. Can pupils imagine French politicians' children or spouses campaigning for them? This ad shows Trump trying to enter territory which is seen as naturally Democrat and Clinton in particular: women's rights at work. Usable from B1.

Positive Ads
And finally a couple of ads that are more about the candidates and their policies than their opponents.

A more classic political broadcast, with Hillary Clinton describing her achievements. It could work well as a group activity, with a different group looking at Hillary's biography on her site. The biography is longer, and therefore slightly more difficult.

This was Donald Trump's first advert, during the primaries. Unlike many of the ads airing now, it focuses on policies. The language isn't overly difficult, but the concepts are quite abstract. Better from B2.

In the News See the related news
> Election Money Machine
> What a Debate!
> The Race to the White House is On
> Chasing the Youth Vote