Skip to content
In the News > Young People Represent Their Countries at the U.N. 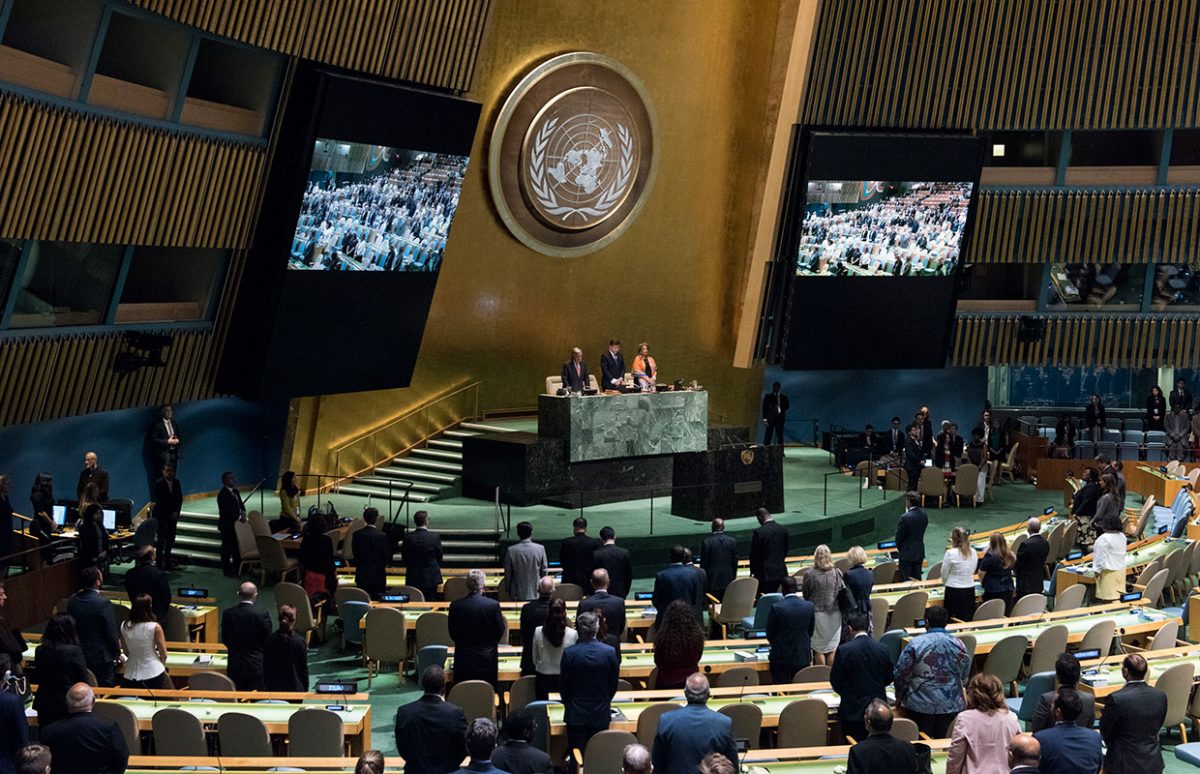 From 19 to 25 September, the world’s leaders will take the lectern in New York for the 72nd General Assembly of the United Nations. Amongst the delegates seeing world diplomacy at work for the first time are young people from more than 35 countries. United Nations Youth Delegates bring young people’s issues to the Assembly, and promote interest and knowledge of international issues to young people in their own countries.

The General Assembly is the beginning of a new year for the United Nations. Although the UN meets year-round, one week in September provides a focus and impetus for the upcoming year. Heads of state from most of the member countries are present, giving rare opportunities for public and backroom diplomacy.

The Voice of Youth

Youth Delegates to the U.N. join their countries’ delegations of diplomats and have the opportunity to observe and speak in the assembly and in committee meetings. The idea was pioneered by the Netherlands and Norway in the early 1970s. Today, more than 30 countries send youth delegates from every inhabited continent. Most countries send one or two delegates, with the biggest delegations coming from Morocco and Mexico. Australia’s Youth Representative works for a whole year, touring the country and hearing young people’s views, before representing Australia at the U.N. The current representative is Paige Burton. Read an interview with Paige. The U.S.A.’s sixth Youth Observer is Munira Khalif, 20, who was born in Minnesota to Somalia parents. Khalif has been volunteering and campaigning for equal rights and education for girls and women since she was in high school. She says of her peers, “Young people are students. We have jobs, and yet at the same time, it’s important that we find ways to be able to engage.”

To help engage your students on the subject of the United Nations, see our webpicks for a slideshow explaining the United Nations General Assembly in less than a minute and a video of last year's youth delegates in action.