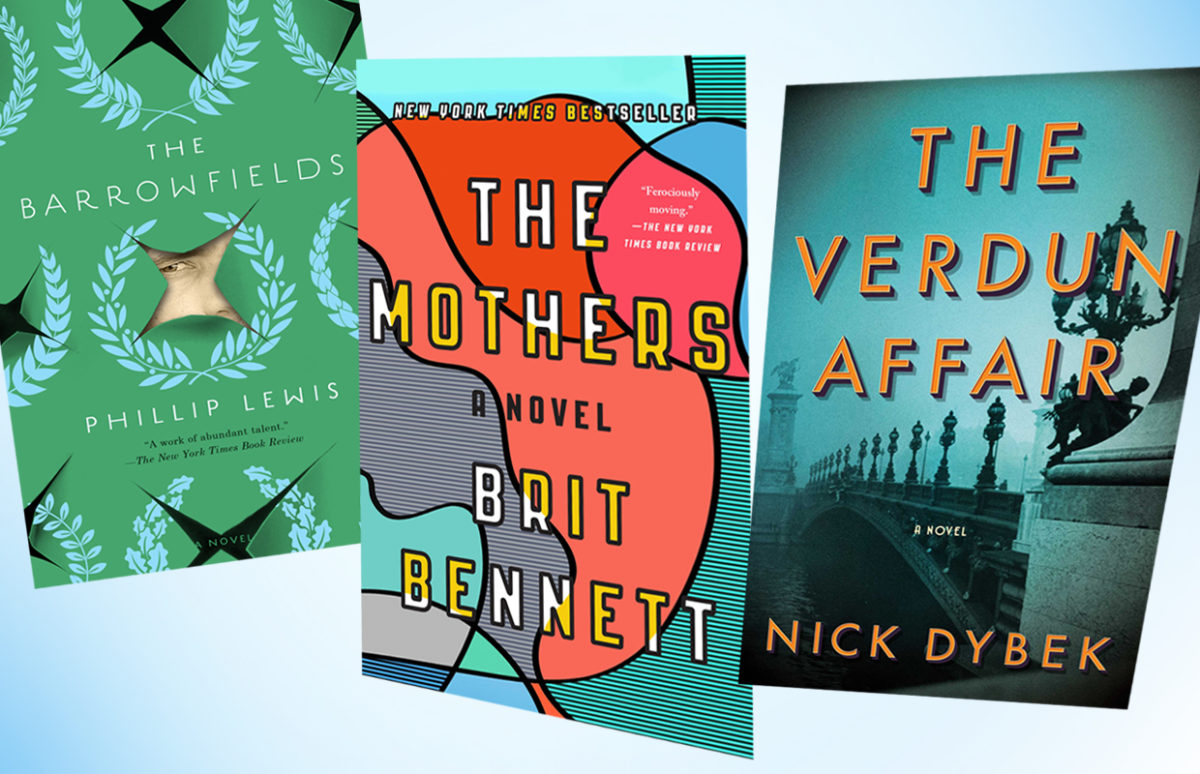 If you are looking for some ideas for teaching L.E.L.E. or next year’s new spécialité Langues, littératures et cultures étrangères, we asked several teachers and authors who attended Festival America in Vincennes in September to give us their favourite picks amongst the authors and books they encountered. Whether you already feel like preparing next year’s lessons, or are seeking new inspiring novels for your students, or just for pleasure, you’re sure to find something that appeals. The Verdun Affair, by Nick Dybeck

A novel about love and loss, forgetting and remembering.

Reading A Verdun Affair is like travelling through space and time. The novel is set immediately after WWI, in France and Italy, as well as against the more glamorous background of 1950s Los Angeles. As the story unfolds it goes back and forth between those two periods, those three locations. The reader gets to know more about Tom, the narrator and a former WWI ambulance driver who now collects bones from the battlefield in Verdun. There he meets a beautiful fellow American woman, Sarah, with whom he falls in love. But Sarah is still looking for her missing husband… Could he be that mysterious shell-shocked, tongue-tied, amnesiac soldier living in an asylum in Bologna, Italy?

This novel is a complex yet beautiful story about love and loss, about the need to forget as opposed to the necessity to remember, about lies told and truth withheld. It also poses a universal question: can you remain whole when you refuse to remember your past?

About the author: Nick Dybeck teaches Creative Writing in Fiction at Oregon State University. He is also the author of short stories and another novel, When Captain Flint Was Still a Good Man. Dybeck says he decided to write The Verdun Affair after hearing a radio programme about the collection of bones in a Verdun ossuary in the 1920s.

You can read or hear an extract, and access a reading group guide, on the publisher’s site. The Mothers by Brit Bennett

Can a secret ruin lives? Can our choices shape our lives but also haunt us?

Grief and loss, love and female friendship, family and community, judgement and hypocrisy, teen pregnancy, racial and cultural identity, all these life challenges are part of Brit Bennett’s debut novel, a story about young love and a secret that will follow the characters.

“All good secrets have a taste before you tell them, and if we’d taken a moment to swish this one around our mouths, we might have noticed the sourness of an unripe secret, plucked too soon, stolen and passed around before its season.”

After the death of her mother, Nadia, a 17 year old African-American teenager, goes wild with pain. She meets Luke, the local pastor’s son, and everything seems to be right again -until she becomes pregnant. She decides to have an abortion and move on with her life. Nadia is the only person in her family to go to college and leaves her community to go to the University of Michigan while hiding her secret from everyone, including her best friend Aubrey who has terrible secrets of her own. Years later she and Luke will meet again and their secret will shake both their lives and those of the community.

The Mothers, the elderly female members of the church (Upper Room) in their Southern California town, are one of the reflections of motherhood in the book and serve as a Greek chorus watching over the action and commenting on the story and the young characters, complex, flawed and authentic, in a judgmental voice. You will find no cheap moralising in this novel in which Brit Bennett focuses on the ramifications of choices and what it means to be a woman, a friend and the member of a community.

About the author: Brit Bennett is a young American author. Born and raised in Southern California, she graduated from Stanford University. The Mothers is her first novel and is being adapted for the screen by Warner Brothers.

Does she think that collective judgement strikes women much more than men?

“Yes. Women are ‘regulated’ in society and have to follow standards. You have to become your own free person,"  she states with determination.

An excerpt and teacher’s guide are available on the publisher’s site. The Barrowfields by Phillip Lewis

Nobody gets the parents they deserve, and Henry Aster is no exception.

The Barrowfields is the name for the land that lies between the little town of Old Buckram, North Carolina and the house where Henry Aster's parents set up home and where Henry's childhood happened. Like all good houses set apart from the rest of a community, this one has more than its fair share of ghosts. It is only once he moves away to study law at college that Henry finds himself bound to his past through the troubles and traumas which continue to haunt him.

Caught between the voices of the novel's two female sirens he finds he cannot simply move on to another life. His younger sister, Threnody, whose beautiful name comes from the Greek word for lamentation, pleads with her brother to come and rescue her from their father's web, packing and unpacking her bags obsessively with each of Henry's non-returns. His college friend, Story, whose name evokes either the narrative of what really happened or what Henry simply imagines about his childhood, convinces him that he has to go back to the iron and steel of his family home if he wants come to terms with who he really is.

Seven years in the writing and probably a lifetime in the making, Philip Lewis's début novel tells the story of Henry's return and the unexpected demons which await him. It is also a brutal and beautiful exploration of the process of literary creation.

You can read an extract on the publisher’s site.