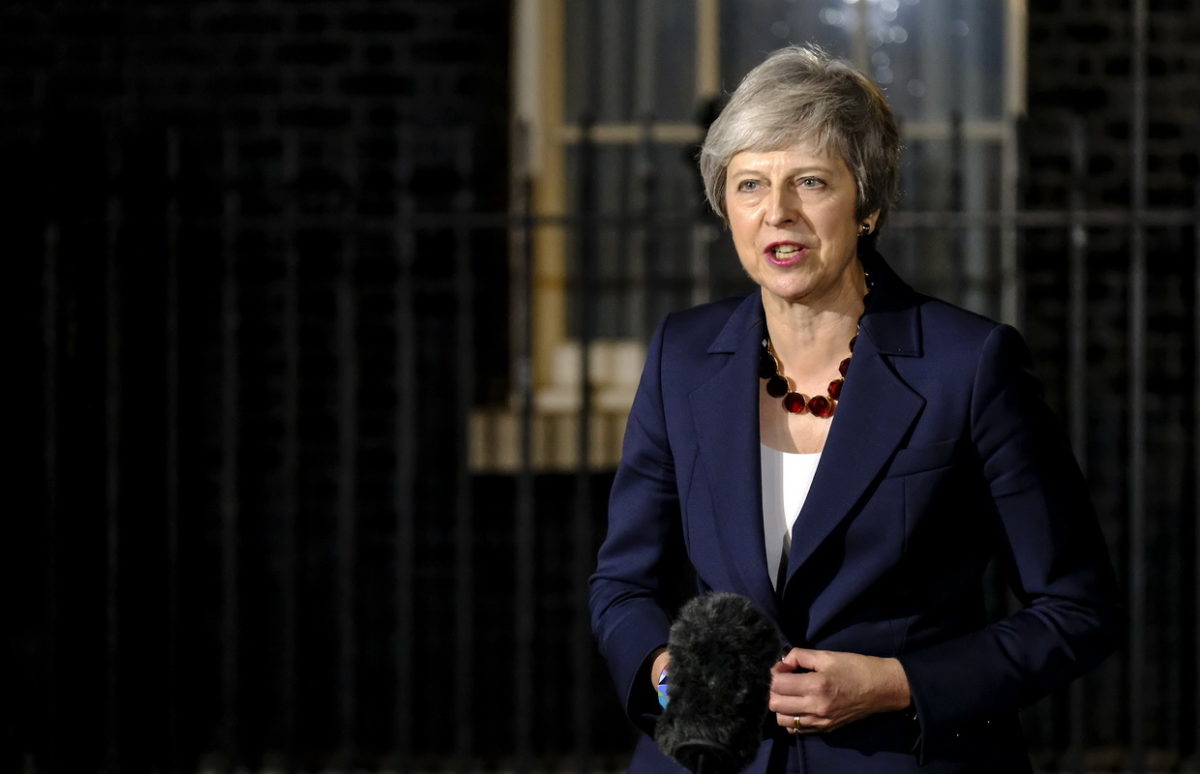 British Prime Minister Theresa May stepped down as leader of the Conservative Party on 9 June, starting the process of electing a new leader, who will take over as Prime Minister.

For three years, May has tried to deliver Britain’s exit from the European Union, despite having campaigned for Remain in the Brexit referendum. But after three failed attempts to get the deal she had negotiated with the EU approved by Parliament, she’s stepping aside. Though don’t expect to see her disappear immediately – the cumbersome process of electing a new party leader is likely to take more than a month.

Nominations for the new leader will take place on Monday 10 June. Eleven current or former ministers have already said they will stand. The candidates will face a series of secret ballots of Conservative MPs between 13 and 20 June, aimed at reducing the list to two, who are then voted on by ordinary party members. The winner is expected to be announced around 22 July.

Which would leave the new Prime Minister just over three months to deliver Brexit by the delayed deadline of 31 October. In other words, do what Mrs May and her Cabinet haven’t managed to achieve in three years. Yet most of the candidates are or have been part of that Cabinet. One of them, Dominic Raab, was even briefly Brexit Secretary before resigning because he opposed the deal Mrs May had negotiated.

Deal or No Deal
Of the eleven candidates, some would willingly or reluctantly accept leaving without a deal. (Many believe that faced with that option the EU would be willing to renegotiate) Others want to renegotiate the existing deal, particularly the thorny issue of the “backstop” to prevent a hard border being erected in Northern Ireland. The EU, however, has repeatedly says it won’t re-open negotiations. Two, Michael Gove and Mark Harper, would call for a further extension, and one Sam Gyimah, advocates a second referendum.

The candidates are evenly distributed between those who campaigned to remain and those who voted to leave. But the candidate who is believed to be most popular both with MPs and party members, Boris Johnson, led the Leave campaign. The former Mayor of London and Foreign Secretary was singled out for praise this week by U.S. President Donald Trump during his state visit to the UK. “I think Boris would do a very good job. I think he would be excellent,” said Mr Trump. Whether that endorsement will prove an advantage or a disadvantage to Mr Johnson remains to be seen.

In the News See the related news
> The Election that wasn’t Supposed to Happen
> Theresa May: A Woman at Number 10