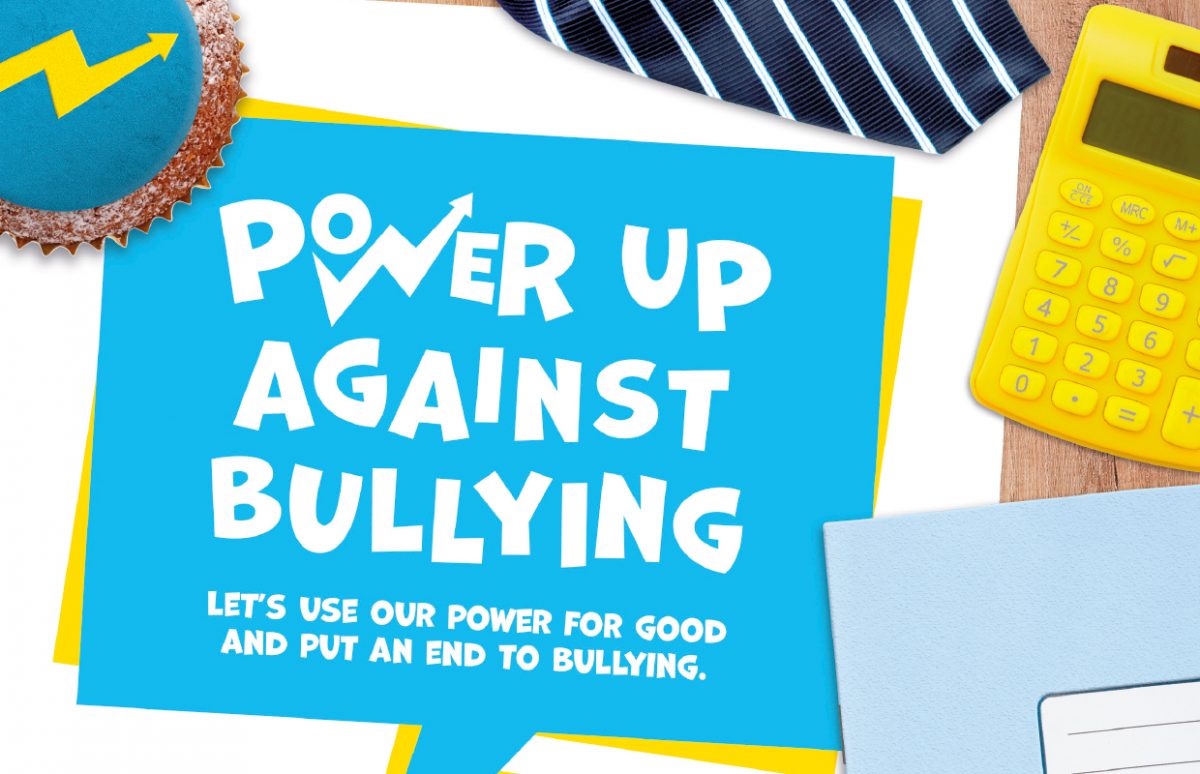 The Education nationale's Non au harcèlement site has excellent resources in French. Bullying is a topic which is by its nature cross-curricular and the message will get across all the better for being approached at different angles in different classes. It is also an important part of the parcours du citoyen, and l'éducation aux médias et à l'information (cyberbullying) and would work well as part of an EPI on the theme of Information, communication, citoyenneté or Corps, santé, bien-être, sécurité with your EMC, French, Technology or Art colleagues. Some of the posters and videos produced by pupils on the Non au harcèlement site are excellent examples what can be achieved:

The Anti-Bullying Week organisers also have lots of resources specifically for schools, including Powerpoint presentations for assemblies.

Videos
These two videos are very usable in English class.

This Public Service Announcement by Android is simple and to the point. There is no dialogue but the images are very appealing and get the message across very effectively: "Be together, not the same". It can be used from A1.

Although the characters are animated "rock" "paper", "scissors" from the children's playground game, like the following video, it actually puts across a realistic message that you don't have to be amazingly brave or a superhero to stand up to bullying. The scissors character that helps the paper character when it is being bullied then avoids confrontation when the pair see a rock character being bullied. This time it is the previous victim, the paper, who stands up to the bullies and the three, literally go off into the sunset.

Acts of Kindness
Like the previous video, this one stresses that you don't have to be a super hero to stand up to bullying (the line "This is no super kid story," is repeated several times to hammer home the point.)

It was produced by a teacher, Brian Switzer, for the annual anti-bullying campaign, No Guff Day in Falmouth School District, , Massachusetts, U.S.A. And it definitely has that "insider" feel of a teacher who really knows what life at school is like for pupils. Mr Switzer says, “I tried to make it appear as ‘kid-centric’ as possible. So many times these videos make the kids out to be ‘super kids.’ I’ve made those films myself. However in this film it speaks to the difficulty of standing up and how small acts can make a difference,” he said.

The video features pupils ranging in age from 2nd to 12th  grade (7-18), of every shape and colour, so everyone should be able to identify. It's a great example of how everyone in a group can be given a role in a role-play or play, as the story passes simply and smoothly from one pupil to another – the "I" changing seamlessly.

A new pupil arrives at school, looking a bit different. At first pupils thoughtlessly pick on her, but then one pupil remembers a teacher giving them a quote from Aesop, "No act of kindness, no matter how small, is ever wasted." That prompts them to give the new pupil a pencil to do her work, a simple act that opens the door to more interaction.

The kids are not actors and some don't enunciate very clearly, but the story is very much in the visuals, so it can be a great opportunity to bring home to pupils from A1+ that they can understand a lot without understanding every word. In any case, all the main points are repeated several times by several pupils, so everyone should pick them up: "This is no super kid story."; "No act of kindness, no matter how small, is ever wasted."; "I'm not perfect."; "These waves of kindness? Well, they start with me." From B1, pupils can do more detailed comprehension of the speech if that fits your lesson plan.