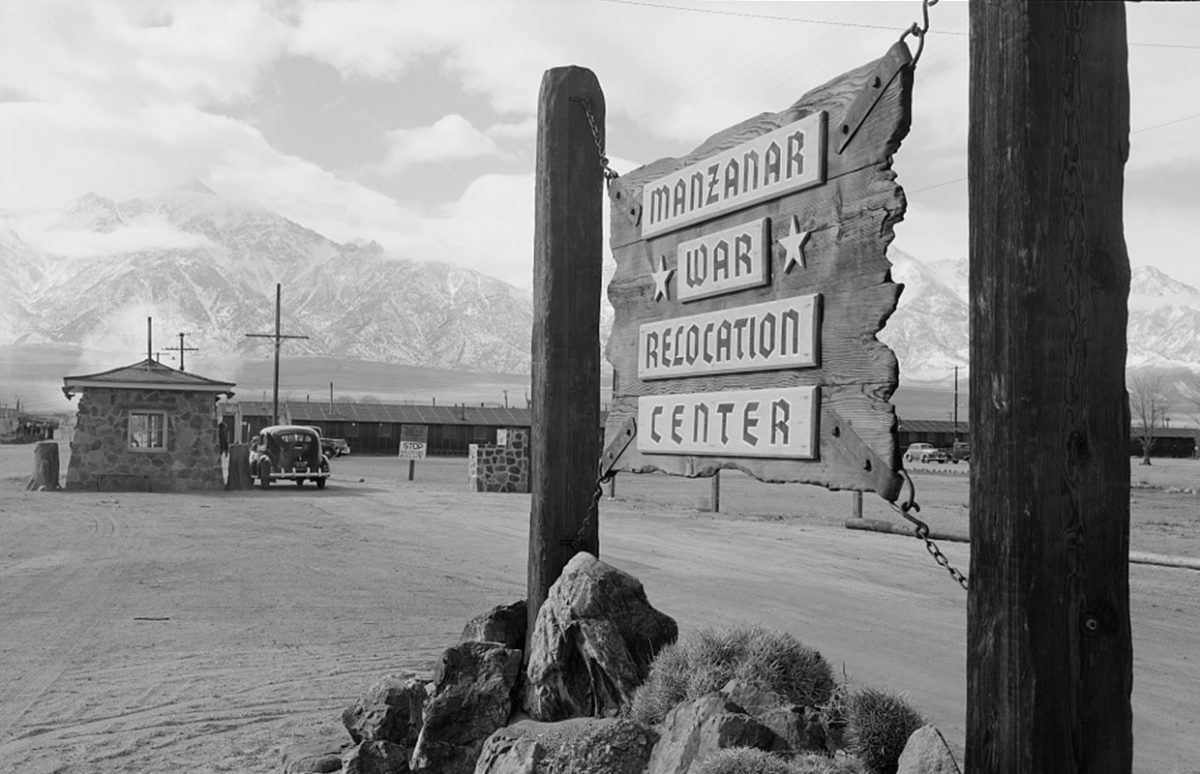 Seventy-five years ago, the surprise Japanese attack on the American naval base of Pearl Harbor in Hawaii was the signal for America to join World War II. These videos, sites and slideshows provide useful material for class use, about the attack and U.S. entry into the war, and about the camps where Japanese Americans were hastily moved. Both of these aspects could be associated with the 3ème history curriculum on WWII.

This edited version of President Franklin D. Roosevelt's address to the Nation the day after the Pearl Harbor attack is surprisingly clear, slow and easy to understand. Even at A2, pupils can understand the beginning, "Mr. Vice President, Mr. Speaker, Members of the Senate, and of the House of Representatives: Yesterday, December 7th, 1941 — a date which will live in infamy — the United States of America was suddenly and deliberately attacked by naval and air forces of the Empire of Japan."
And the end, "I ask that the Congress declare that since the unprovoked and dastardly attack by Japan on Sunday, December 7th, 1941, a state of war has existed between the United States and the Japanese Empire."

From B1, pupils can be asked to do a detailed comprehension.

You can find the text of the full speech here.

The Second World War was well documented in film, and this short extract of a Pathé newsreel shows images of the Pearl Harbor attack. The images alone would be a good introduction to the topic. Once pupils have learned a little about the attack, the sound can be used for listening comprehension. At B1, focus on the factual parts at the beginning and end and the short, simple speech to camera by Senator Connolly, chairman of the Foreign Relations Committee (1'24-1'43). At B2, pupils should be able to manage reasonably detailed comprehension. The voiceover is modern (BBC news presenter John Humphrys) and clear.

Internment Camps
Manzanar camp in California was an internment camp for Japanese Americans. It is now a designated National Historic Site and open to visits through the National Park Service. This web page about the Japanese-American experience in the camp and in the military is well-written and usable from B1.

This is a concise slide show about Gila, another Californian camp, with text and images only, no voiceover.